How to Make A Wildly Successful Bass Reeves Franchise

If you haven't heard by now, there are two different productions based on Bass Reeves. Morgan Freeman has been working for the last 30 years on a Bass Reeves movie and now Taylor Sheridan is focusing on the sequel to the hit show 1883 being on Bass Reeves. Which seems like an odd turn, but then it's Taylor Sheridan so what the hell. He can damn well do what he wants to do. 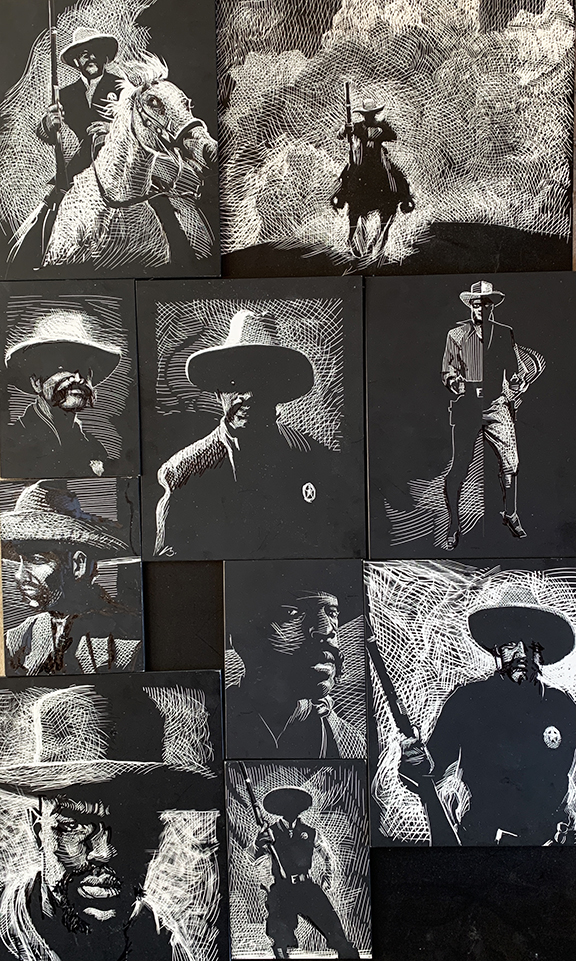 So the question is how can someone make a new kind of Western that resonates with a modern audience? Here's what Bass Reeve's best biographer thinks of it all:

“Bass walked into the valley of death for 32 years and never flinched. He feared nothing that walked, crawled or breathed on the face of the Earth. If you tried to run, he would catch you, if you tried to hide, he would find you, if you tried to have a gunfight with him, it was tantamount to committing suicide. Bass stood for truth, justice, and the law. As I see it, Bass is the greatest frontier hero in United States history!”

Damn dude. Go film that and I will be watching this show!

On a rainy Wednesday night in Brooklyn, after an introduction with a minimum of fanfare, Janeane Garofalo walked onstage at the Eastville Comedy Club and looked out at a dozen people so scattered that calling them a crowd seems like a stretch. She spotted one man by himself who had attended a show of hers a few days earlier and happily pointed him out.

Third on a bill filled with young unknowns, Garofalo, 57, settled into her set with supreme comfort, wandering into multiple tangents and digging into self-deprecation. “When someone tells me I can’t do something,” she said, holding the pause with precision timing honed over three and half decades of telling jokes, “I’m grateful.”

And for all you nitpickers who think the above headline should be "lede" not "lead" go read this definitive piece on Lede vs. Lead.