When you've spent your whole life looking at old photos you begin to get a sense of the time period and sometimes even the location just at a glance. Case in point, my old studio mate, Edmundo Segundo (Ed Mell), sent me this old photograph and wondered if I could tell him where and when it was taken. 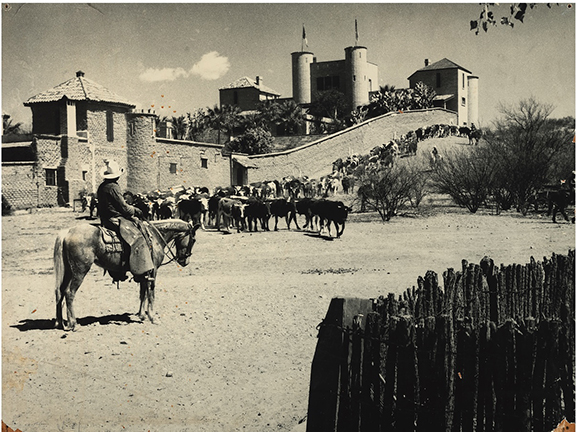 The short answer is, I have never seen this image. The location looks muy exotic with the castle walls, but my gut tells me it's from the 1920s—1950s, based on the cowboy and his gear, and the ocotillo fence in the right foreground puts it in the American Southwest but the castle turrets, and the hint of a Mexican flag up there (?), makes me believe it's in Mexico, perhaps across the Rio Grande from southern Texas, in Chihuahua? Or, it could be a movie set? What do you think?

Have you ever witnessed some poor sap getting a "dressing down"? It ain't pretty. Especially when power and peonage collide. 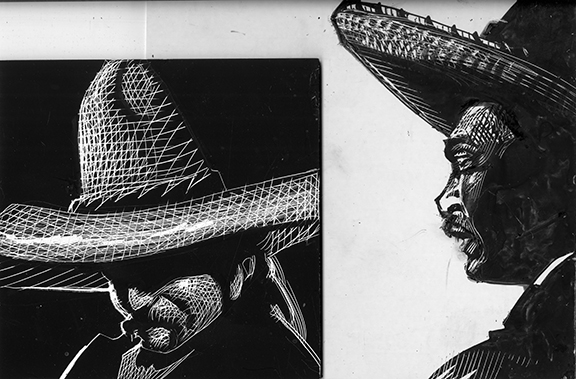 The Curse of Busyness

One of my cartoonist bretheren, Tim Kreider, wrote a very popular essay on the joys of "idling, daydreaming, hanging out and goofing off." Why? Because, as he puts it, "Life is too short to be busy."

Ha. Love the sentiment, but I can't die now, I've got deadlines, dude!

"Creativity is allowing yourself to make mistakes. Art is knowing which ones to keep."