Drove down into the Beast this morning to spend some more quality time with these guys. 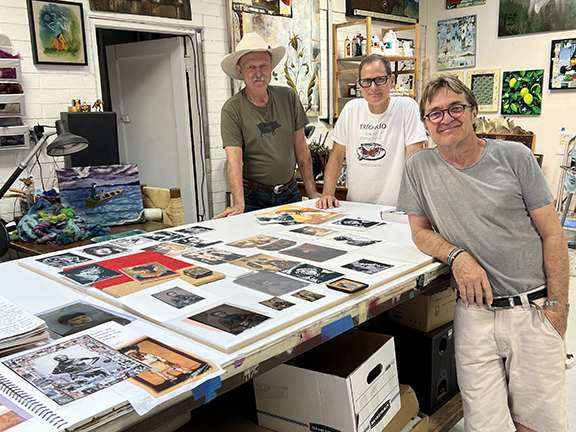 We have a slew of original old photographs, both tintypes and carte de visits, plus all of my scratchboards and gouache paintings. This morning we played some of them with exotic backgrounds and random, colored burlap. 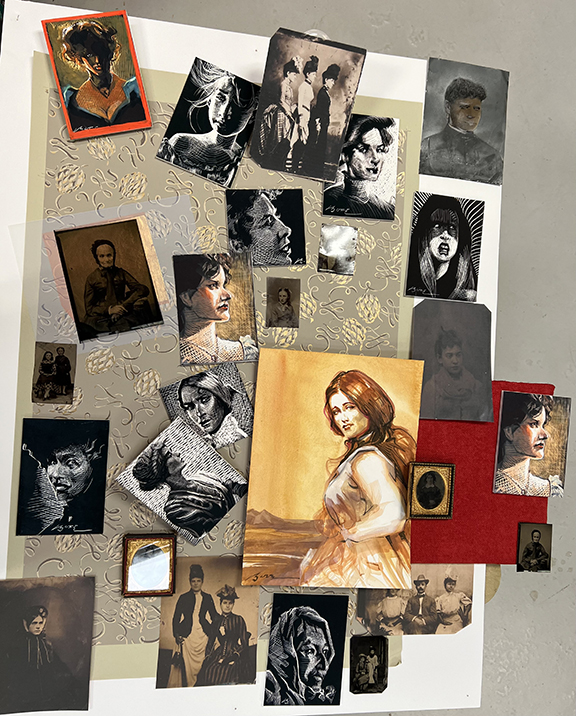 The goal is to have various layers of cascading images careening down the wall, some extending forward, almost floating in space, and others still in their guilded frame packets. We also want a few frames to be broken and appearing to be exploding off of the wall. 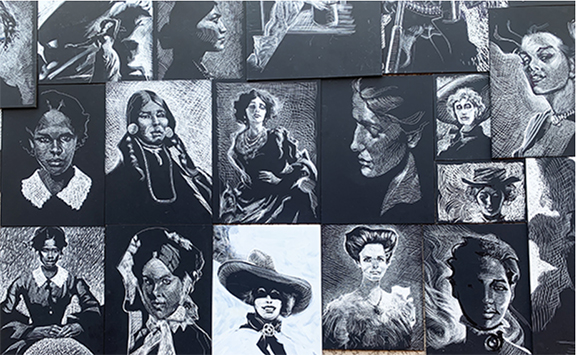 "A Gaggle of Western Gals"

Of course, some of them are a tad sad. 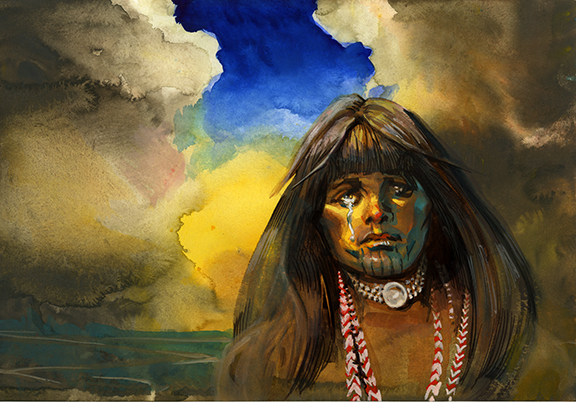 Yes, quite ambitious, but what do you expect from frustrated, itinerant musicians.

A new study finds that guys over 70 who walk 6,000 steps a day and who walk those steps reasonably quick for about a half an hour every day have a 62% lower likelihood of developing dementia. Isn't that great? Yes, those are real stats. I'd give the source of the study but I don't remember where I read it.

"Sometimes hating yourself is a fair response to the data."