I learned something new this morning. It pays to get up early. 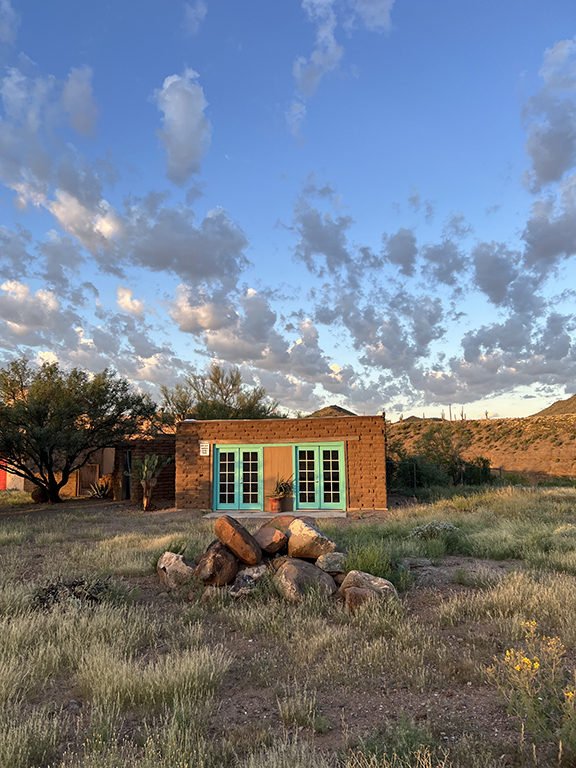 Never would have captured this early morning light on the Triple B Bunkhouse. Not to mention getting to appreciate the endearing patience of dogs. 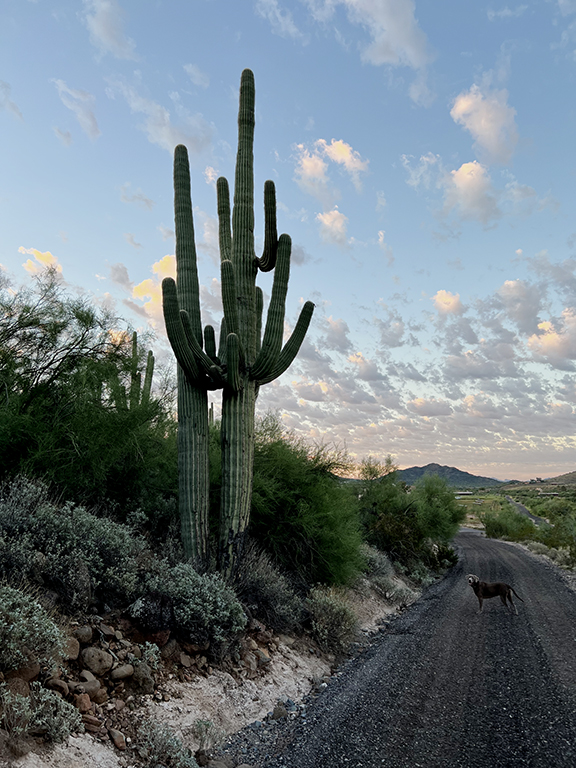 Uno Waits For The Old Man

When it comes to art, I am always amazed at what the past still has to offer. 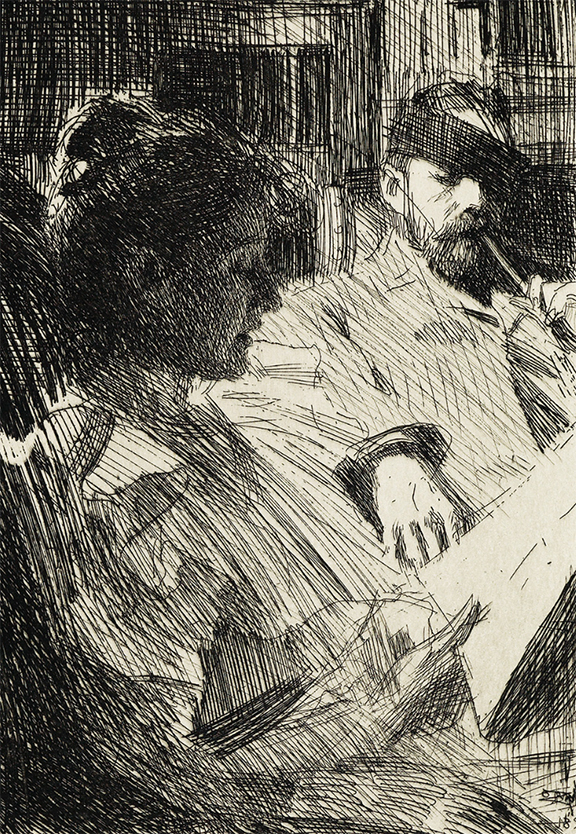 A brilliant etching by the Swedish artist

Check out that loosey goosey crosshatching to create the planes of her face. That is nothing short of brilliant. And it has a dashed-offedness that is stunning. Which proves one thing:

"The only thing new in this world, is the history you don't know." 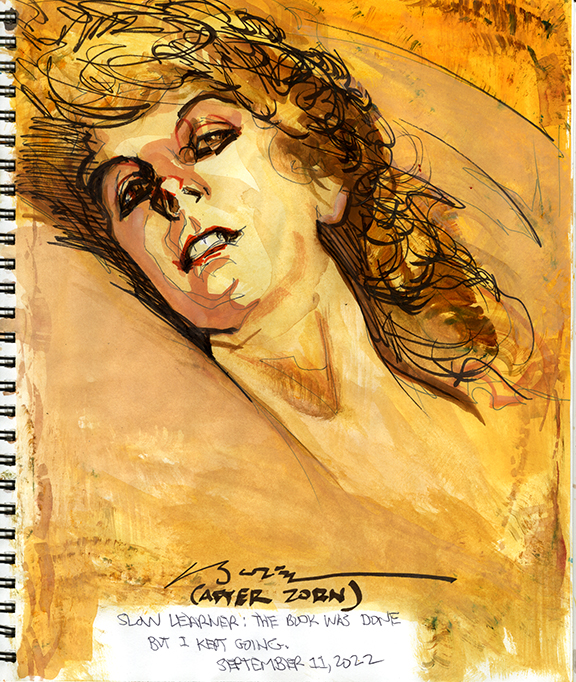 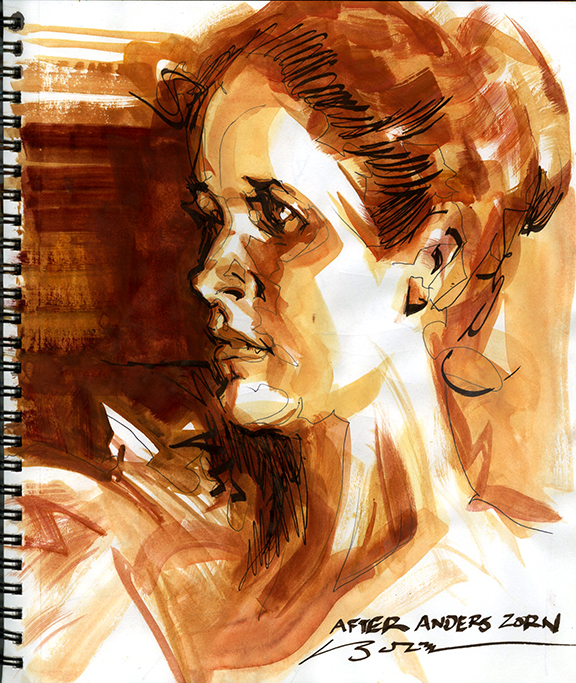 Took a third run at the Jennie Rogers piece. 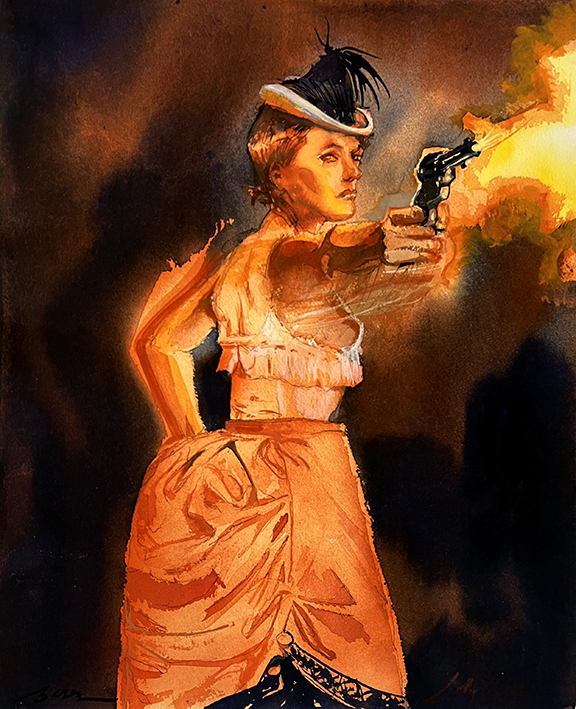 Me and the Cattletrack Boys took in a new Mexican food joint last Wednesday after our Cascading Collage blue line experiment.

Quoting from the Arizona Republic review:

"This Scottsdale restaurant is changing the conversation about gourmet Mexican food in the Valley. Its owners, the Moreno family, hail from the Sonoran capital of Hermosillo, and they brought in chef Yesenia Rios from Tijuana to design the menu. Much like dishes you'd find in a hip restaurant in a well-to-do neighborhood of Mexico City, the flavors and preparation of the dishes are elevated, yet don't shy away from chile and spice.

"You can tell as soon as the salsa arrives with thin crispy poppadum like-tostadas, that these people aren't messing around.

"Early favorites include a colorful aguachile made from thin strips of charcoal grilled ribeye steak bathed in a sprightly serrano chile sauce and topped with pickled red onion. Call Her Martina also serves the swankiest quesabirria taco in town, topped with Mexican chile crisp and a round shank of glistening bone marrow for only $3 more. 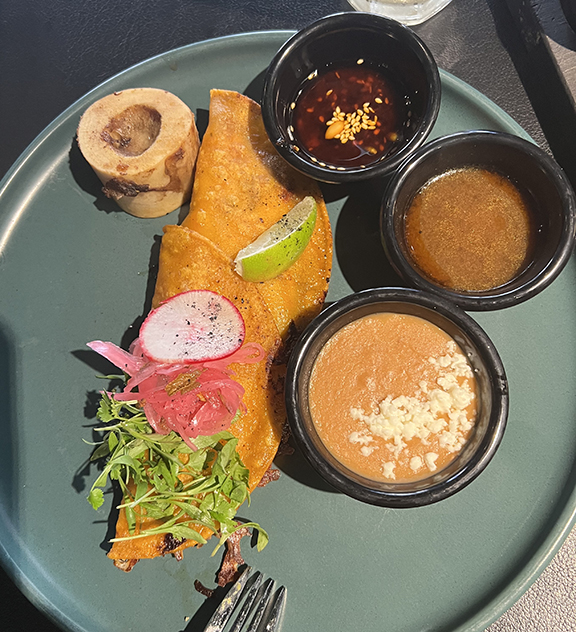 taco and I got one to go for Kathy Sue.

"The colorful selection of mezcal cocktails are also not to miss. The Paloma & Her Shadow was a captivating pink number with contours of black rock salt shimmering down the glass.

"I used to worry a great deal about the theatre, the arts, where it and they were going. There were panels and there were editorials and there were arguments, and I came to see that the worriers had created a career—a sinecure—for themselves. Worrying and prognosticating, but never producing. So I stopped worrying and bleating and just showed up at the plays I cared about and wrote plays that I could. That is really all we can do, anyway. Do what you do, and show up to support what others do. The rest is professional misery."