That's Mister Plum Bob, to You!

Weston asked me today if we were ever going to build the treehouse in the backyard, like I have been promising to do for the past three years. Not taking my pleasant hedge for an answer, he got a tape measure, climbed the tree and started taking measurements. I have a hunch we may have a treehouse sooner than later. 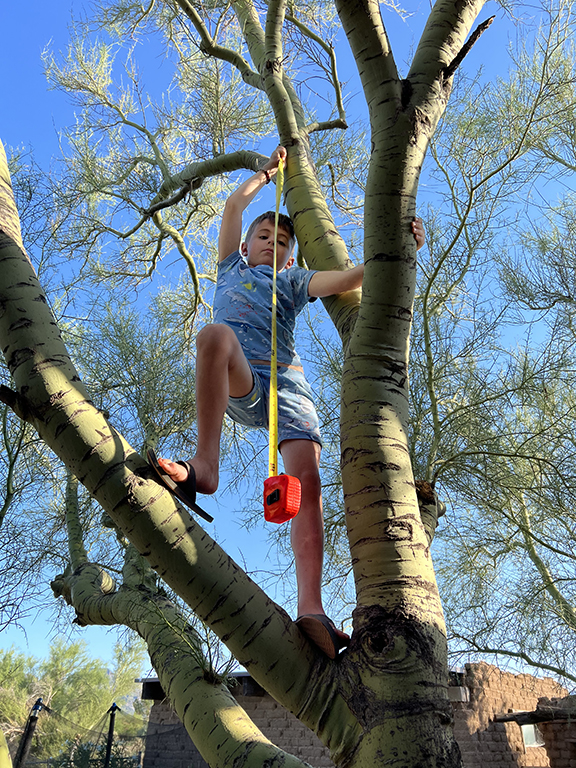 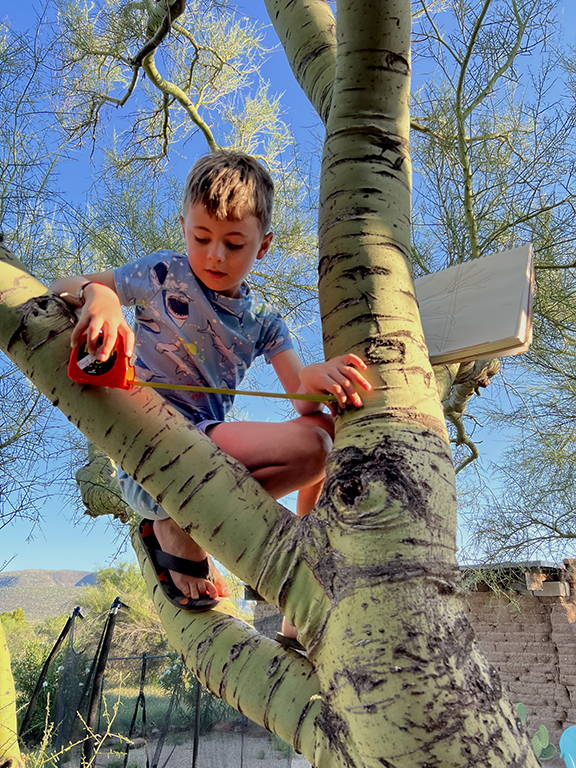 We wrote down all the measurements in my sketchbook (at upper right, leaning on branch precariously. Yes, it did fall to the ground)

So, grandma drove him to Lowe's where a tech person in hardware drew him a map and suggested he build it in a mesquite tree, not a paloverde, like the one he is measuring in, above. So grandma spotted an empty palette and threw it in her car and they came home and put up this temporary tree house entryway south of our house. 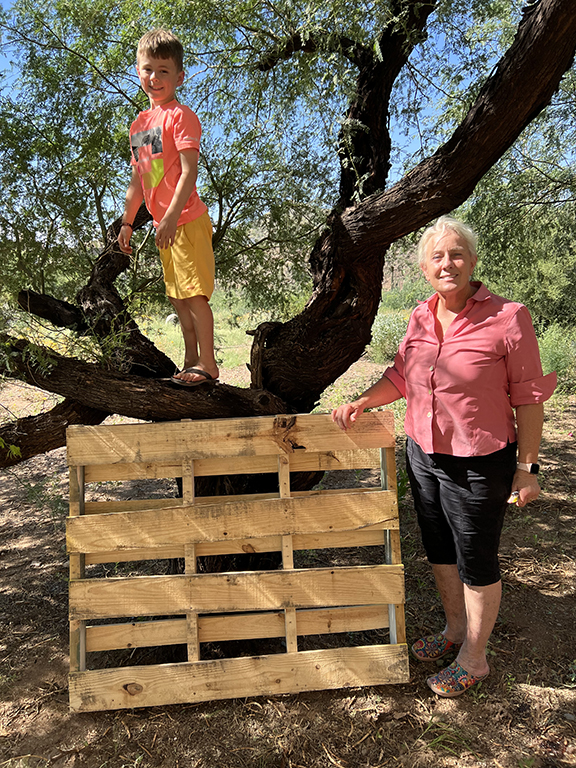 So, what were the girls doing while all of this treehouse nonsense was going on? 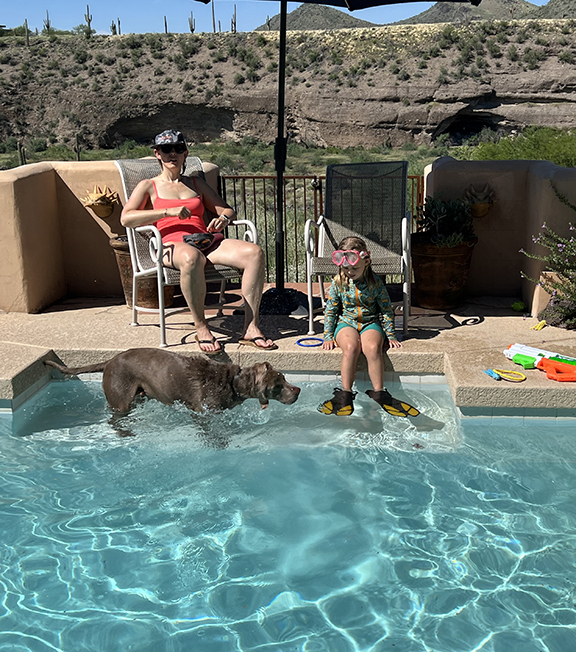 And, here's what I am working on while all of this Labor Day activity swirls around me. 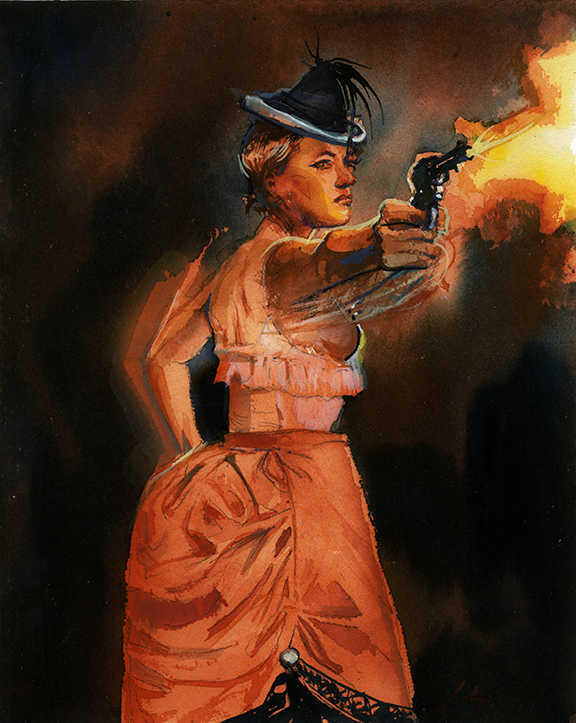 "Jennie Rogers Takes A Shot at Her Old Man"

Working on another version, somewhat bolder, perhaps a failure, up next.

"Lord, grant that I may always desire more than I can accomplish."