November 8, 2015
We had our annual Wild West Days Parade yesterday in Cave Creek. The usual suspects rode and walked with us next to the True West Stretch Limo. 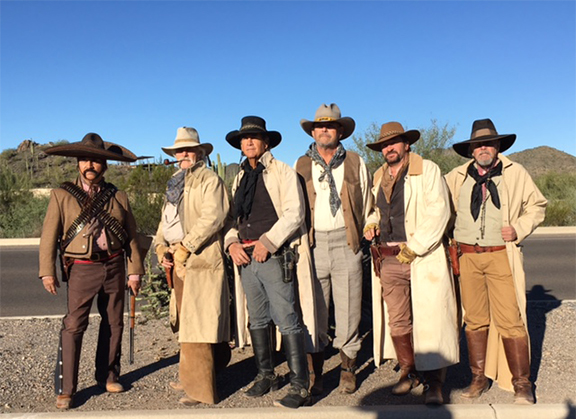 Buck Montgomery and his Wild Bunch, including Pancho Villa, at left.

A great group of guys who show up and do their thing, hand out True West magazines and pose with the ladies. Fun was had by all. Have to thank Matt Grace who always lends us the ride: 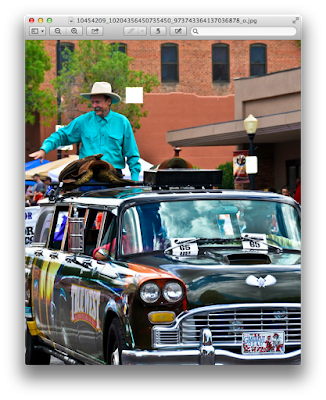 The Checker Stretch Cab with the
True West logo over the doors.

After the parade we always drive back to the staging area and Lee lopes along behind the car and every parade I take a hundred shots and video, because, well, he looks so damn cool. 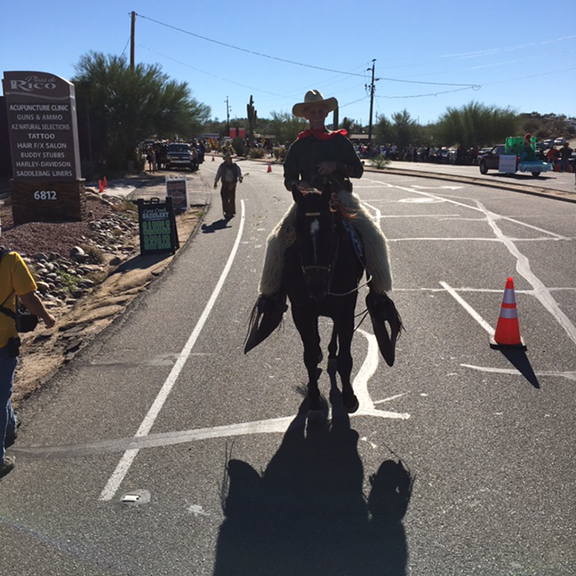 Lee always cuts a fine figure. Expect to see this silhouette in an upcoming Whip Out. Love those taps (tapaderos, leather stirrup guards). After the parade I drove down into the Beast to attend the art opening of Edmundo Segundo.. 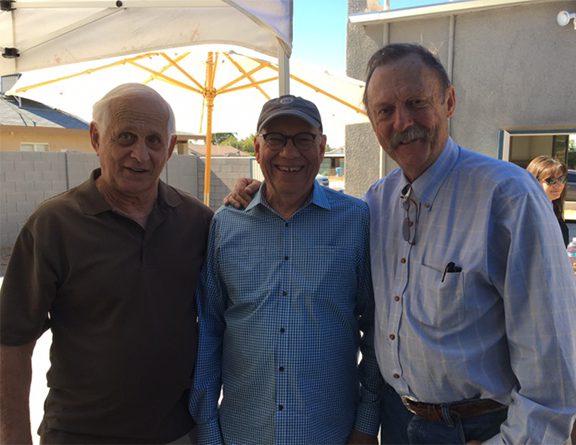 Ed had an art opening at his new gallery on 10th Street, just up the street from his studio. Great seeing all the old timers. Jerry Foster was a legendary helicopter pilot who flew for several news stations back in the eighties and nineties. Crazy guy he was. Still is.

If you thought perhaps I was past my van Gogh obsession, you will be sorely disappointed in tomorrow's post. Been deep in Vincent territory all weekend, with big scratchboards scraping bottom in a big way. 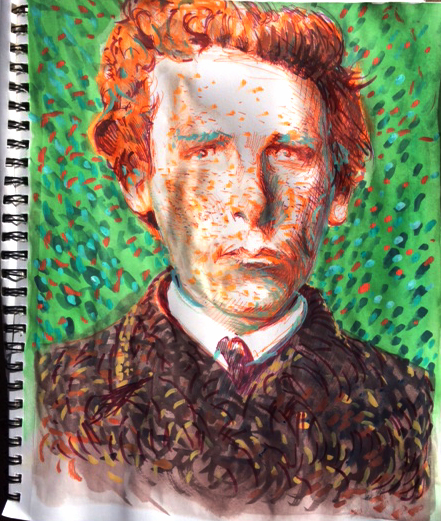 Weather is beautiful. Got a crystal clear view of my favorite ridge 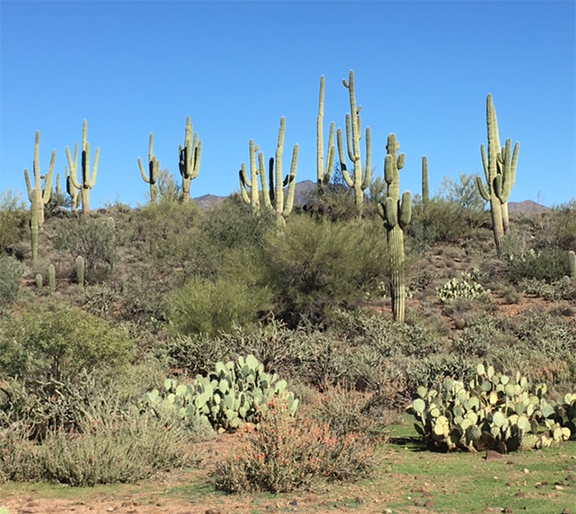 Close-up of the south end of Ratcliff Ridge, November 7, 2015