Making A Spectacle of Specs

November 15, 2015
There is nothing more dangerous than having half the facts. I'm referring, of course, to the war on ISIS and also to the specs on spectacles as it relates to Theo van Gogh. When I first read the quote about Theo wearing "sunglasses," in the outstanding biography of Vincent van Gogh by Steven Naifeh and the late Gregory White Smith, I knew I had to illustrate it. There was a problem, however. In my experience there are three stages of scholarship:

2. Knowing just enough to get in trouble

In this case I knew a little bit about the history of sunglasses (#2) and so I stumbled semi-blindly into a cliched vision of 1880s sunglasses that landed somewhere between Ben Franklin and Roger McGuinn of the Byrds. 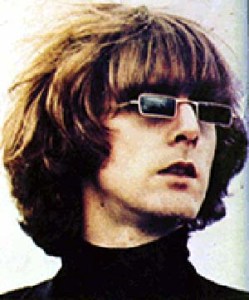 Roger McGuinn of The Byrds

Fortunately I posted the image here and got a link from Gay Mathis to the entire letter and discovered that there is no mention of the word "sunglasses" on the quote on the van Gogh letters site. Then I ran into Tom Valenza of Historic Eyewear who told me two startling things: a "pince nez" has no temple bars that run to the ears and, two, that the term "sunglasses" was not used until after the 1900s.

Lost In Translation
So, I took the quote from the book on face value: "I cannot help seeing you in my mind's eye wearing a pince-nez with sunglasses." That is the quote from the book. However, here is the quote as it appears on the site Gay Mathis found: ""Since this summer I can’t help always visualizing you with your lorgnette with dark lenses. This doesn’t change a person very much, you’ll say. Maybe so — but my impression is that you have perhaps, in a sense other than the literal one, acquired dark glasses in what you think and do. Suspicion, for instance."

Nowhere is the term "sunglasses." Apparently, the authors of the van Gogh biography trusted a translation that used the term "sunglasses" and apparently the translator didn't know the history of the term. It just shows the layers of history that can trip up the casual history buff (and that would include me). So, after five false starts, I did this version of Theo and his Pince-Nez spectacles this morning: 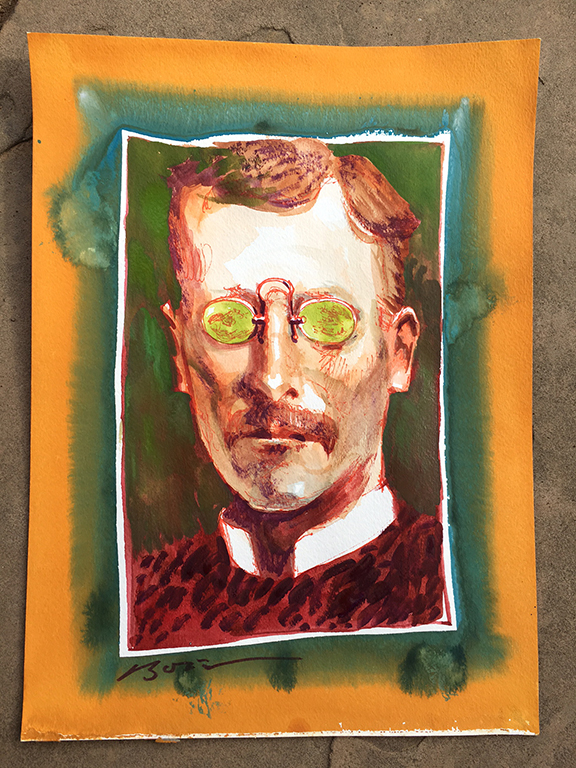 And here is a photo of an actual pair of "pinched nose" spectacles like the ones Vincent was referring to in his letter. Except these are clear and evidently Theo had dark lenses. I chose green because, well, Theo died from complications from syphilis, and green is associated with the disease. 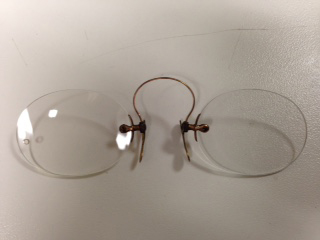 A pair of Pince-nex spectacles courtesy of
Tom Valenza of Historic Eyewear.

Oh, and here's an example of number 3: when I did the Wyatt Earp standing off the mob in Tombstone myth (October issue of True West), I quoted a Tombstone newspaper that said Ben Sippy and his men did the lion's share of the work to protect prisoner Johnny-Behind-the-Deuce. Wyatt Earp is not even mentioned in the report. I sited this to make the point that Wyatt did not stand off the mob all by his lonesome, as he claimed late in life to his biographers. After the article came out, both Allen Barra and Casey Teffertiller sent me evidence of politics in the news reporting (the newspaper had supported Sippy and wanted to make him look good) and that the Tucson newspapers gave more credit to the Earps and especially Wyatt. I personally don't think it changes the story all that much: Wyatt took credit for something that several lawmen accomplished, but it does speak to the layers of history that confound finding the truth and it's my experience that the deeper you go, the more confusing it gets. It never gets clearer.

"History would be a wonderful thing—if it were only true."
—Leo Tolstoy