Credit Where Credit Is Due & Curator Cal Strikes Again

November 23, 2015
Here's a daily whip out that fell through the cracks: 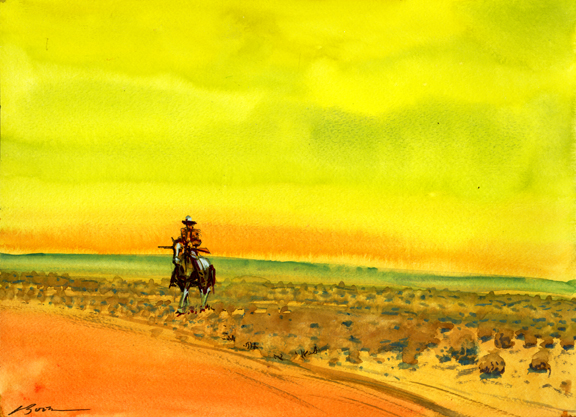 Daily Whip Out: "The Hunter"


Well, Curator Cal is at it again. Came home for lunch and my art desk area has been totally redefined. Allow me to say, it has never looked this good. That's lunging Doc at center. 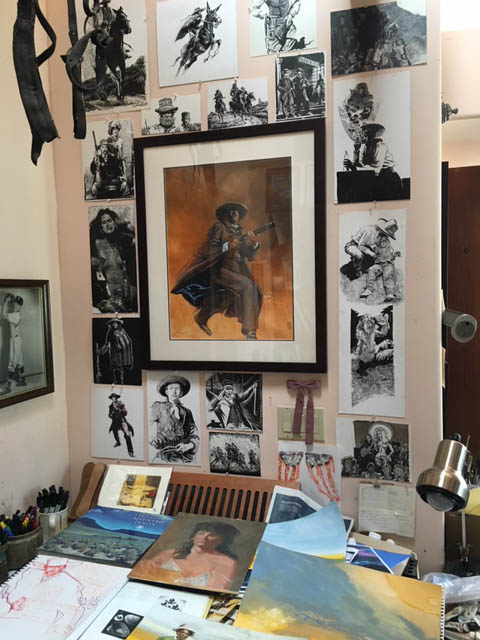 Many readers have asked me which historian said, in reference to Wyatt Earp, "You won't like him. He's not who you think he was." I honored his request at anonymity while he was alive, but it's a great quote and I think he deserves the credit for it. John Gilchriese could be cranky, outspoken and controversial, but he always treated me well. 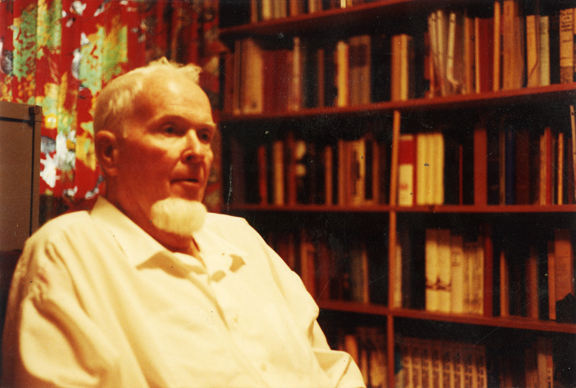 John Gilchriese in his Tucson home, circa 1988