November 17, 2015
It's been cold out here on the great Sonoran Desert. Had my first fire in the studio stove this morning and finished a painting that has been in my discard pile for over a year. 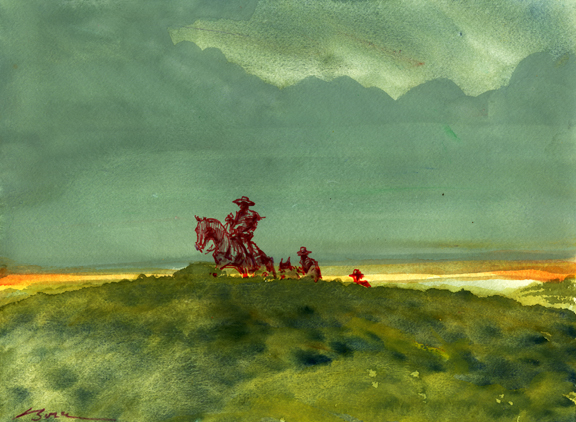 Daily Whip Out: "We Ride At Dawn."

And speaking of my discard file, I was filing pictures and found this one and couldn't resist giving it another go: 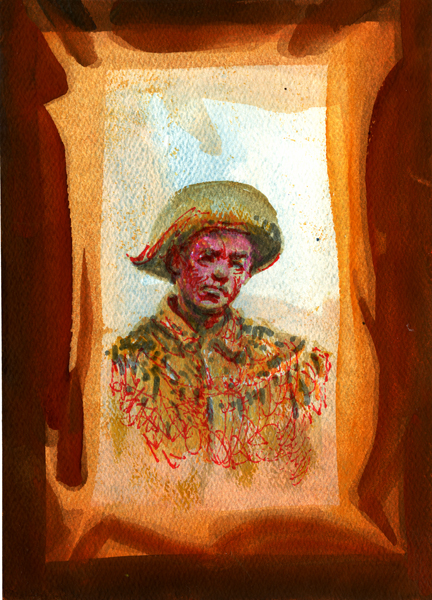 This is, of course, my extrapolation from the van Gogh sketch who some believe Vincent made of the boy who later shot him. 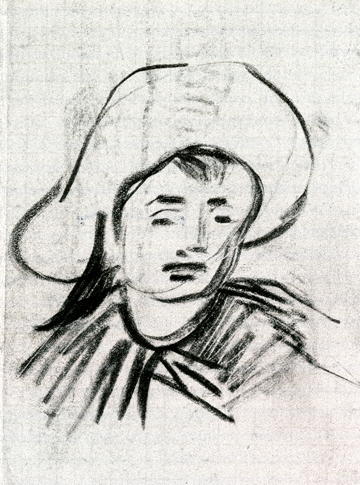 "I never did give anybody hell. I just told the truth and they thought it was hell."
—Harry S. Truman