LS Cowboys In The Murderous Moonlight

November 4, 2015
Went home for lunch yesterday and finished a painting for the next Classic Gunfight. The ball opened at point blank range and the muzzle flashes lit up the darkness. 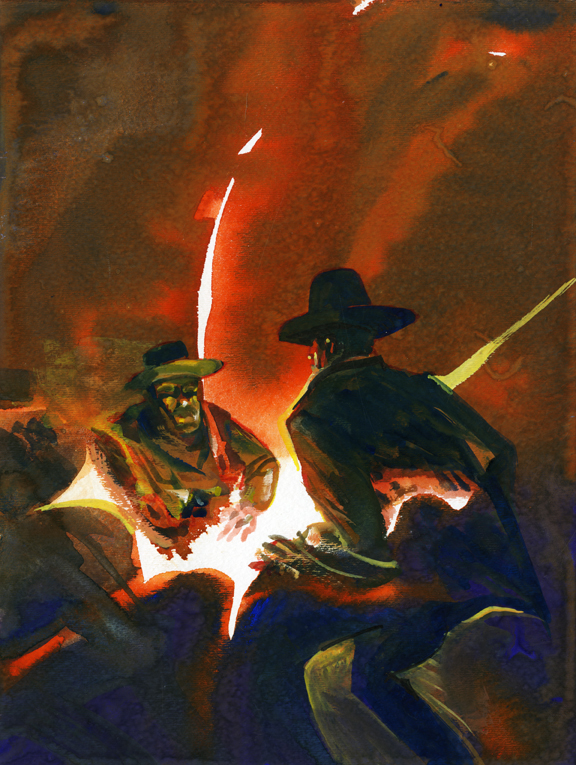 Daily Whip Out: "LS Cowboys In The Murderous Moonlight."


Had more rain yesterday. Hiked up to the top of the hill behind the True West World Headquarters and caught this: 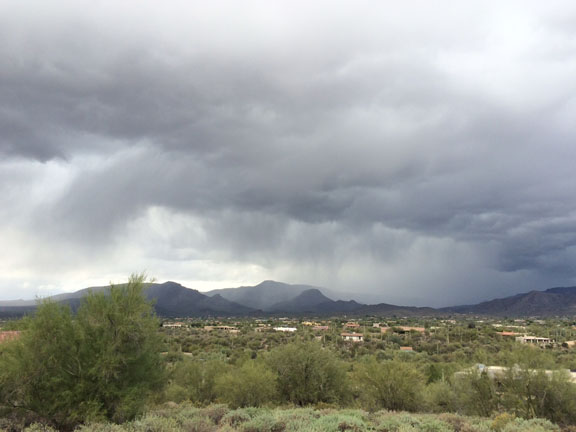 And the march of clouds continued most of the day. . . 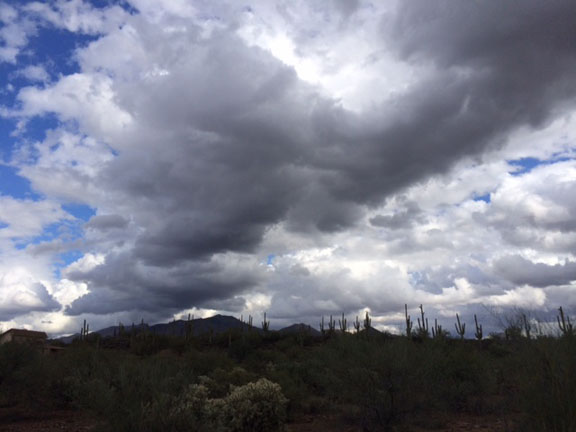 We had a visitor this morning. A kid who was born in Kingman and cowboyed near Seligman, lives in Prescott and plays music in the Palace Bar on Whiskey Row: 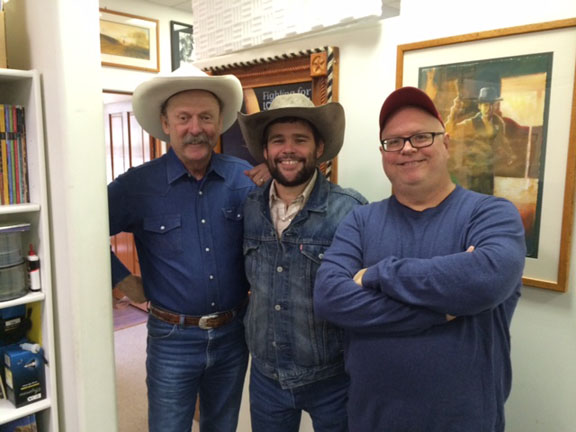 Two of these guys lost a leg and one of them has been accused of losing his mind (when he bought a dying magazine). One of them is a Diamondbacks fan. Two of them don't seem worse for the wear and all of them dig the Wild West.

"The trouble with our younger writers is that they are all in their sixties."
—W. Somerset Maugham