The Man Who Wrote Like A Rolling Stone On The Cover of True West?

November 1, 2016
It's been a week since we first floated the idea of Bobby Zimmerman as a subject for the cover of True West magazine. If we do feature him, I want to use this photo of Bobby from the film "Pat Garrett & Billy the Kid": 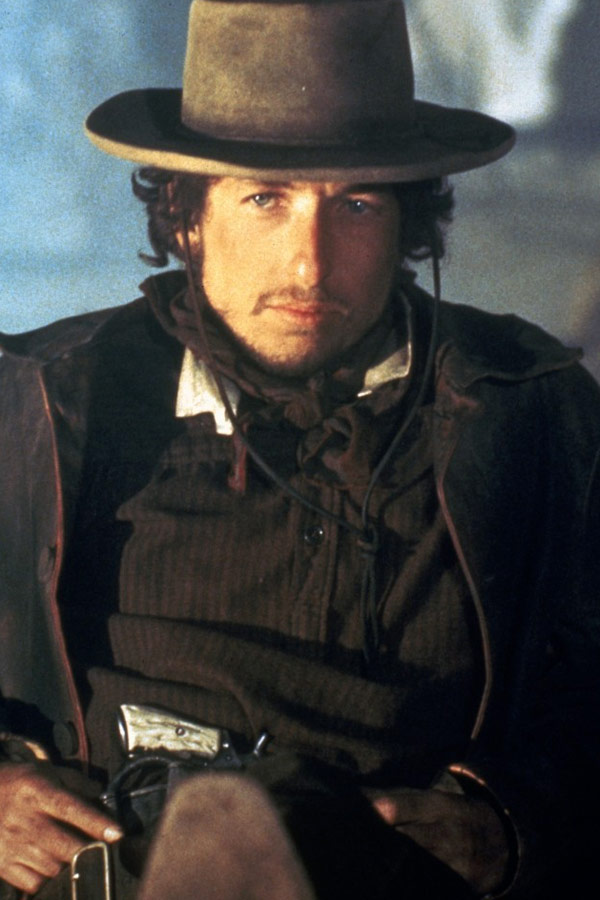 The character "Alias," by the way, is not just some Hollywood screenwriter's invention. In fact, it comes from the pen of none other than Ash Upson, Pat Garrett's so-called ghost writer. The story goes that Upson, who actually roomed with Billy and his mother in Silver City, was tasked with filling in the Kid's early life for the book he and Pat Garrett were working on after the Kid's death. In Chapter II of Upson's account, he follows the fugitive to Arizona, "he arrived at Fort (then Camp) Bowie, Arizona with a companion both mounted on one sore-backed pony, equipped with a pack-saddle and rope bridle, without a quarter of a dollar between them, nor a mouthful of provision in the commissary." Turns out Billy's new partner is called "Alias," according to Upson. The two killed some Apaches for their ponies, with Ash quoting Billy as saying, "There was no fight. It was about the softest thing I ever struck."

And, about the most unlikely of stories, as well.

Still, the character has endured. Walter Noble Burns also picked up the same trail. Actually, he probably copied Upson as due diligence. Burns is the writer who many believe resurrected The Kid from obscurity and made his legend whole. This would be in his seminal book, "The Saga of Billy the Kid" which came out in 1924 and besides being a best seller was the first Book of The Month Club offering. Here is the section where Burns waxes eloquently on Billy and his new "partner":

"While hanging about Fort Bowie in southeastern Arizona, dealing monte and living precariously, [the Kid] picked up a partner of unknown name but who, doubtless, in dodging the law here and there about the country, had borne many names and who at this time passed under the suggestive nickname of 'Alias.'"

As for the cover idea,  some of the comments have been positive:

Other have been not so positive:

Don't make me come out there!"
—Ramblin' Jack

My staff is evenly divided, with half saying Dylan has no business being on our cover and the other half saying, "It's your funeral."

Or, words to that effect.

Update: My favorite comments, so far:

Fančović Marko: the guy earned his spurs in Pat Garret And Billy the Kid (quite serviceable in a miniscule role), wrote one of his best songs for a western, made a good album named after a famous outlaw, was a rebel who made rebellion cool. and he won an Oscar and the freakin' Nobel prize. He was also the subject of one of the most poignant love songs ever, calling her from a booth in the Midwest to tell her that her poetry was lousy. give the man his cover and damn the torpedoes. anybody comes to complain, I'll put the blackpowder in my 1860 Army Colt replica and guard your back - you're True West, you can handle the business in the front, right?Alexander Young: Yeah and he ruined the whole movie. Dylan was as out of place as his horrible, out of tune song was. I hope this was an early April Fools joke!John Buchanan: OR....Maybe.....You COULD do an article on Theodore Roosevelt....Your magazine is getting a little heavy on "movie" content....Didn't subscribe to learn about "movie" stars......Stephan Foust: Love Dylan but he doesn't have enough western skins on the wall to rank a True West Cover.Rik Lowe: Piss poor actor, but he sure can write a song, tip of the hat to you bob!!!Glenn A Shaw: Dylan is about as West as Central Park West.
Posted by Bob Boze Bell at 1:24 PM