A Fitting Farewell to A Fallen Age

January 25, 2018
In my lifetime I have worshipped and sought out two bigger-than-life icons that have come and gone. One is the Cowboy and the other is the Rock Star. Of course, the Cowboy is still alive and well and so is the Rock concert, etc., but the classic period we all worship and long for has passed. As in, the cattle drive, the cattle towns and outlaw gangs on horseback. 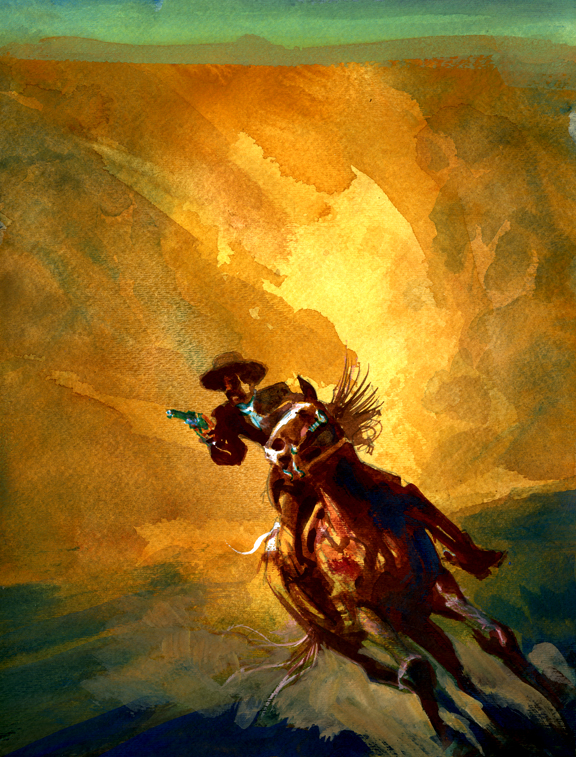 In a new book, David Hepworth makes a convincing case about the rise and fall of rock stars. He claims Little Richard was the first Rock Star and Kurt Cobain, the last. As for Little Richard, Hepworth writes, "They called him faggot, sissy, punk, and freak. And those were his friends."

When we get to "The Killer," we get this: "The only drawback—and here Jerry Lee [Lewis] could be said to have laid down a marker for the ages—was that all that talent was at the mercy of a man with the appetites of a Viking raider, the manners of a Confederate skirmisher, and the tractability of a mule." And, "He liked to claim that he was 'born feet first with a hard-on. . ."

Another amazing insight is this: John Lennon was in a skiffle band when he met Paul McCartney at a church social in 1957 and ten years later they created, as part of the Beatles, "Sergeant Peppers Lonely Hearts Club Band." That, my rockin' friend, is a very short, span of time.

So, what did we want from these Rockers? According to Hepworth, "Swagger. Recklessness. Sexual charisma. Damn-the-torpedoes self-belief. A certain way of carrying themselves. Good hair. Interesting shoes. Talent we wish we had."

And, except for the "hair," I could say the same thing about the Cowboy.