Attack On The Wagon Train 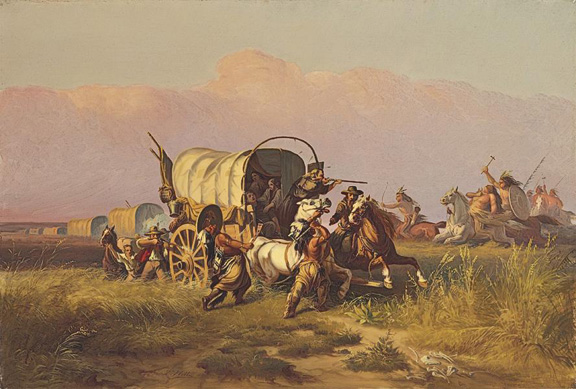 "Attack On The Emigrant Train" by Thomas Hill


But, in reality, the attack on the Oatman wagon started like this: 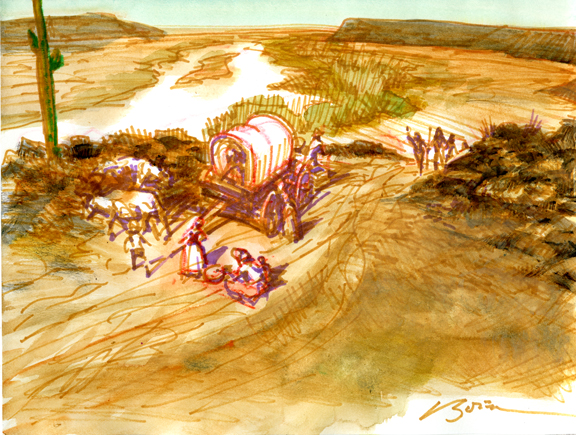 Daily Whip Out: "They Came Walking Up The Road"

Mary Anne, 38, and eight-and-a-half months pregnant squats in the road to prepare some bean soup, while her youngest son attends to the exhausted oxen. Lorenzo, 15, and his father, Roys, load boxes into the back of the wagon. The oxen were too weak to pull the loaded wagon up the lava rock, strewn road, so they had to unload all the contents, help push the wagon to the top, then retrieve all their luggage at the bottom, and carry it up by hand. Lorenzo describes what happened next:

"My father, sad, and seemingly spell-bound with his own struggling emotions, was a little on one side, as if oblivious of al immediately about him, and was about in the act of lifting some of the baggage to the wagon, that had as yet remained unloaded since the ascent of the hill, when, casting my eyes down the hill by the way we had come, I saw several Indians slowly and leisurely approaching us in the road."

The sandbar they spent the night on, in the middle of the Gila River can be seen in the mid-distance. 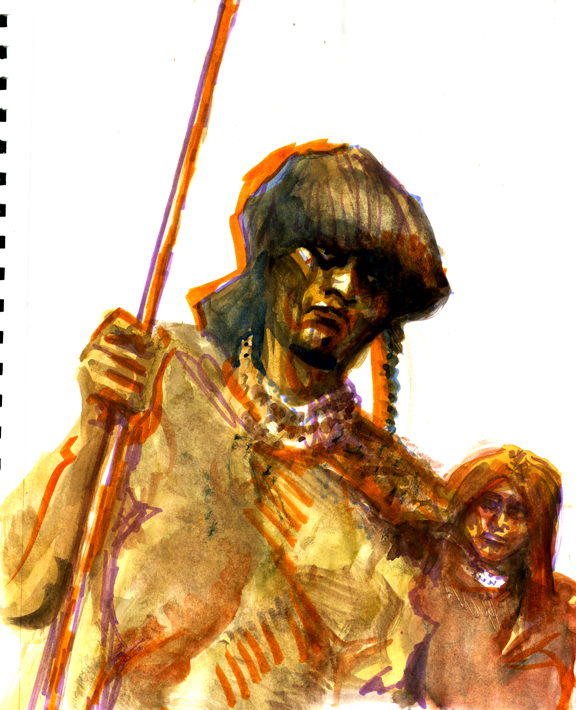 Within a half hour the Oatman family was all but wiped out.

"The relationship of editor to author is knife to throat."
—Old Journalist Saying