January 7, 2018
Home stretch on the Olive Oatman cover story. Goes to press Thursday. Trying to nail down some of the thornier aspects of the story. (and this story is chocked full of thorns!)

The Raiders
The Apaches and their western cousins, the Yavapai, lived mostly by raiding. They were the frontier equivalent of the hedge fund manager. They couldn't be bothered by farming, or animal husbandry, they merely took from those who worked hard to produce things. You know, like Disney raiding Fox. 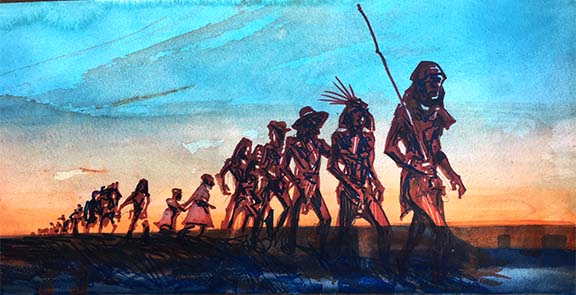 
Olive said there were 17 in the war party that killed her parents and took the girls as slaves. This may seem a bit harsh to modern ears but there is no getting around it, the procurement of slaves was practiced by almost all the tribes in the Southwest with the Comanches and the Apaches being the elite practitioners of the trade. Of course, a strong case could be made that all the tribes were merely emulating the Spanish who were the masters of slave procurement. 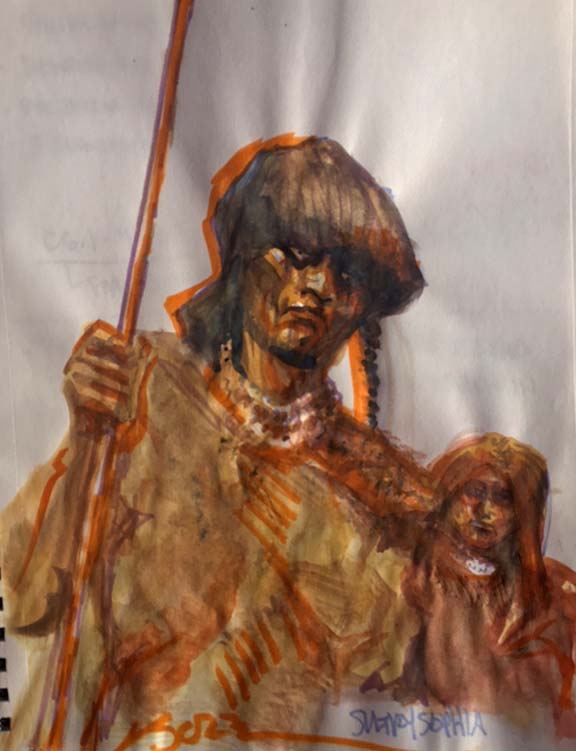 To the men and young boys on the Oatman raiding party, this was just good business. They were providing for their families and they returned home as heroes.

In the camp, Olive and her sister were tasked with doing everyday jobs the women of the tribe needed help with. They were the equivalent of a modern husband bringing home a washing machine for his beleaguered wife.

"The past is so unpredictable."
—Old Vaquero Saying
Posted by Bob Boze Bell at 8:31 AM