January 2, 2017
Finishing up a sequence for the next issue of True West. Here's a taste of the part I'm currently working on:

The Oatman Family's Last Night On Earth
It must have felt and looked like they had descended straight to the gates of hell. The Oatman family, nine in all, had traveled 1,800-some miles and they were 120 miles from their goal.

Crossing the Gila west of the great Gila Bend turned out to be difficult: 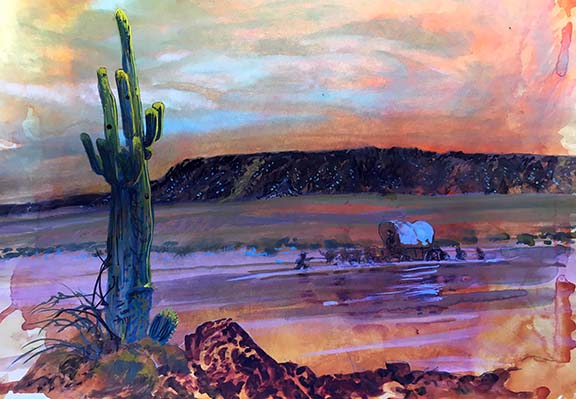 Daiy Whip Out: "The Oatmans Struggle to Cross The Gila"

They went right by the Talking Rocks but they didn't listen. 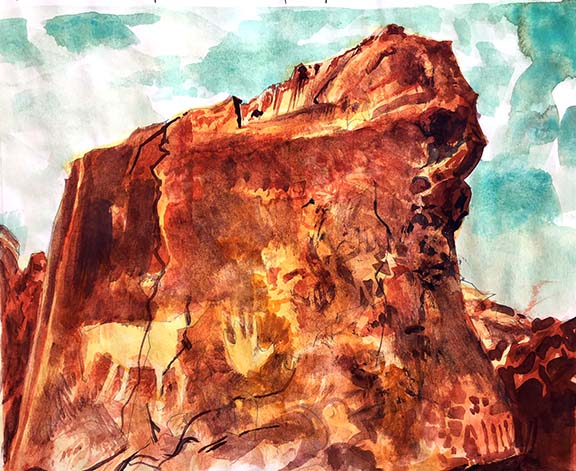 Daily Whip Out: "The Talking Rocks"

Halfway across, the oxen gave out and all the coaxing and pulling didn't work. The family was able to push the wagon up on a sandbar and try and wait out the surging water as nightfall set in. 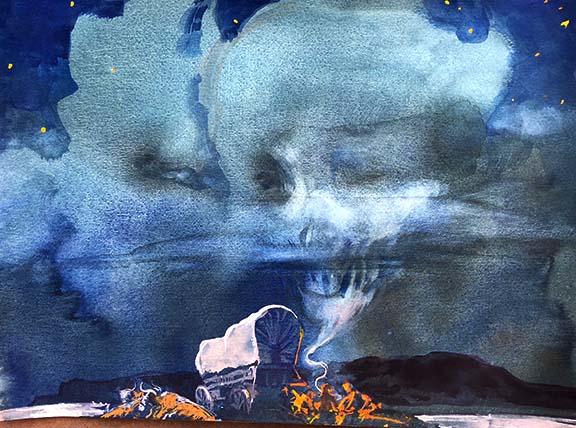 Daily Whip Out: "The Oatmans Stranded"

The waters kept rising into the night and even snuffed out their meager fire. The kids huddled together under their wagon and one of the kids heard their father say, "Mother, I know something dreadful is about to happen."

If he actually said this (the comment is attributed to him after the events that followed), no truer words have ever been spoken. 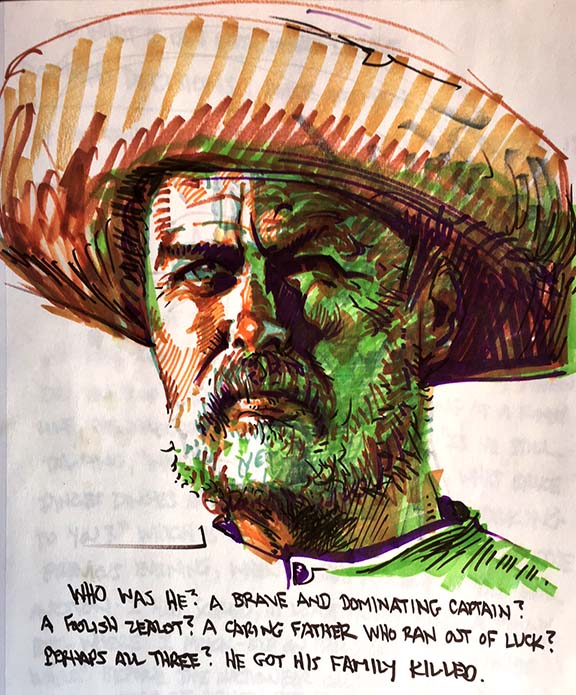 "The hardest thing in life is to know when you've  had enough before you've had too much."
—Old Vaquero Saying