July 5, 2018
We've got a big Cole Younger issue going out the door today and, unfortunately, we had a last minute dust-up two days ago. Here's how it came down. 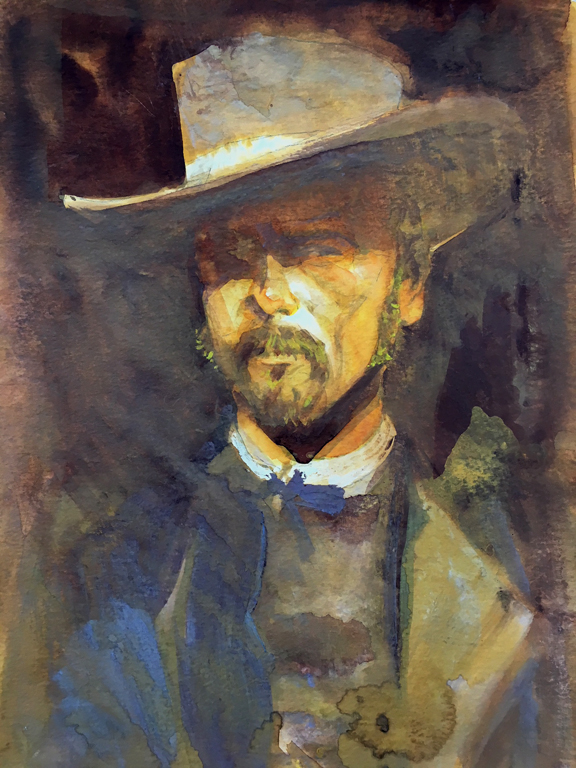 This was my first take on Cole Younger, which our art director, Dan, prefers. Our publisher, Ken, didn't like his dark right eye ("I keep looking at it and not the good eye") and so he wanted me to put a little more definition in there. Unfortunately, I had already sold the original painting to Mort Mortensen, so that option was out. So I did two more versions from scratch, yesterday. 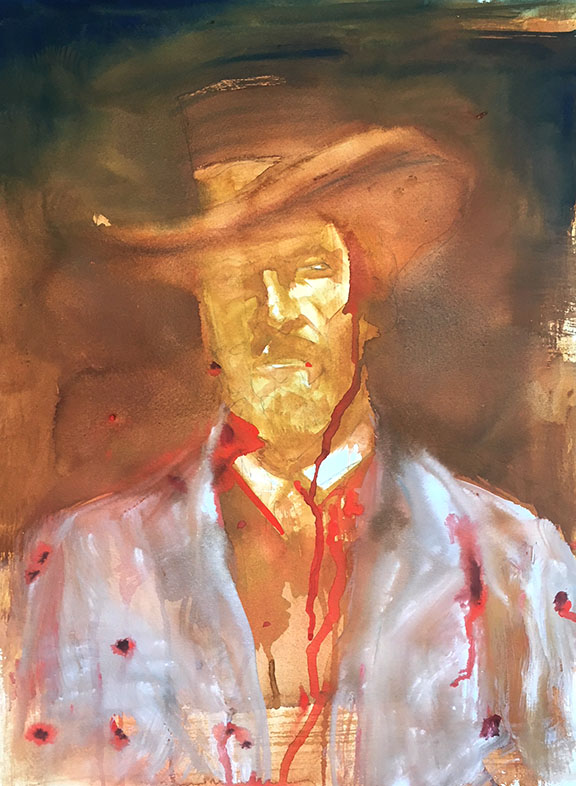 I wish I could retain some of the looseness in this, but, of course, I end up locking it down and it ended up here: 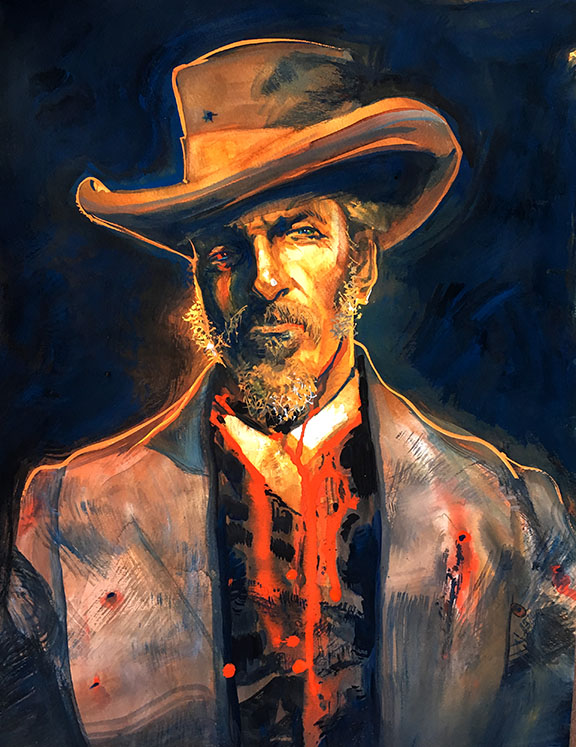 Missed the likeness, bigtime, and also, his right eye (the purpose of redoing the dang thing) is a little low. So, I started a third version: 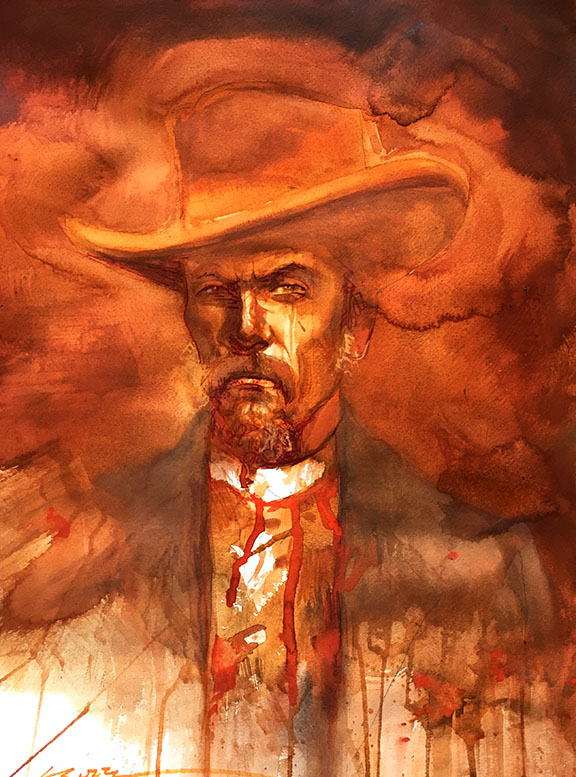 I actually like this one and it goes well with the headline, "Shot All to Hell!" but Dan still prefers the first one, and he added the eye from this last one, in Photoshop, to the first painting, and here's where we ended up: 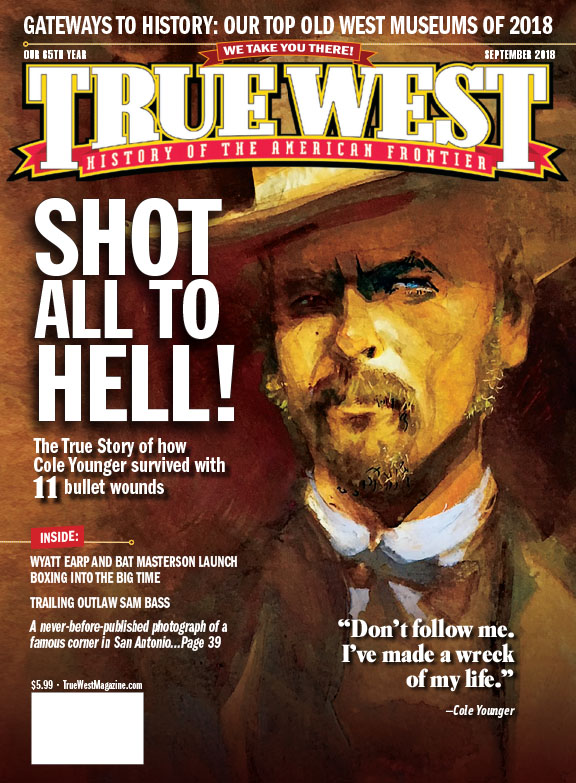 Cole Younger has to be the toughest outlaw who ever lived. In addition to having 11 slugs in his body, one of the Northfield defenders shot away the reins to his bridle with birdshot, and Cole had to navigate his horse with his knees. Pursued by over a thousand farmers hungry for the reward ($10,000), and after a two week run in the constant rain, utilizing old newspapers for bandages on multiple wounds and wading through swollen rivers, Cole and his two brothers were captured at Hanska Slough and taken to nearby Madelia, where the outlaw leader finally removed his boots.