The Mexicali Stud And The Vaquero Who Saved Him

July 10, 2018
My cousin Craig Hamilton is a noted horse trainer and I called him in Kingman last night to talk about how my fictional character, Ojos de Gringo, might save a "bad" horse. In a nutshell, here's the essence of Craig's approach: "A horse can read your heart from a hundred yards away." 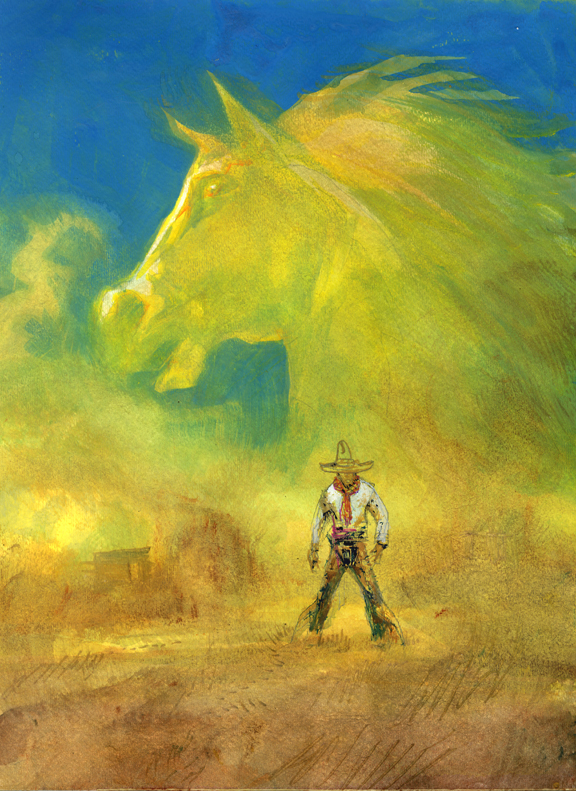 Daily Whip Out:
"The Mexicali Stud and the Vaquero
Who Saved Him."

My Notes On Craig Hamilton's Philosophy:
"You need to get their attention. They don’t expect a predator to communicate with them and that is the beginning and it’s all about the listening. 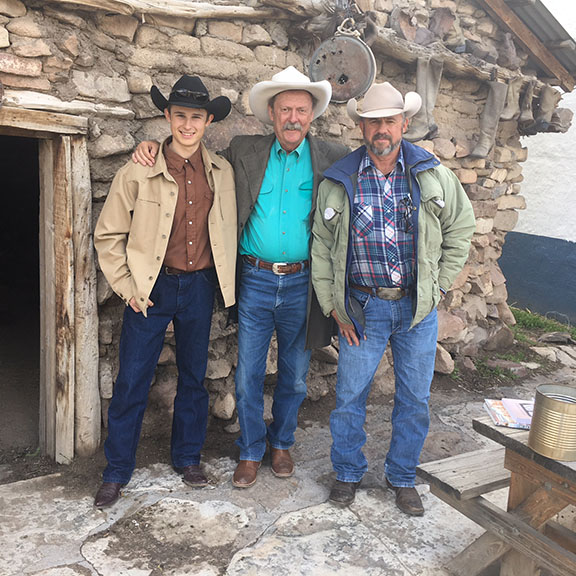 My Kingman Cowboy Cousins
Chase and his father Craig Hamilton, at right, with me at the Diamond Bar Ranch, April 1, 2017

"Most of the time, to a horse it’s like having a conversation with someone who’s throwing rocks at you. We are predators to them and when we put pressure on them, even by walking towards them, they are forced to fight or flee. I often say, 'don't just do something, just stand there.' If he wants to be 180 degrees from you, let him. If he starts to move, I start and when he stops I stop. I'm readin' his eyes, while he's watching me like a snake. If I'm patient, eventually he will give me that look that says, 'Are you tryin' to talk to me?' Yes, as a matter of fact, I am.

"That opens the door.

"I once got a call about a problem horse that the owners were going to put down because he was attacking people and he put one person in the hospital. As I opened the corral gate, I saw this skinny, three-year-old thoroughbred with his head down. He wanted nothing to do with me. I took myself into a position of non-aggression. I sent my heart across that corral with empathy. Under my breath I was saying, "Buddy, I am so sorry. You weren't born this way." It took me several hours, but he finally 'bought me.' I put my heart in my hand and when I actually touched him, that's where the bullshit ends.

"I had a rough childhood. All the best horsemen have that in common. When I walk into a corral with one of these studs I know what they're going through. I was in the same way when I was young. I was at war with the world and I can feel their pain. Like those horses, you eventually have to put some trust in those two-legged bastards. It ain't easy. And, it needs to be said, they are far more courageous than we are.

"Here are the seven aspects to good horse training: listening, respect, acceptance, obedience, faith, love and appreciation. There may be more, but those are the ones that work for me."

"In the end, you could say, horses healed me."
—Craig Hamilton