July 13, 2018
Got a big surprise in the mail this week from the Top Secret Writer, who found, on eBay, a very rare photo-comic book on "Le Secret du Grand Canyon." 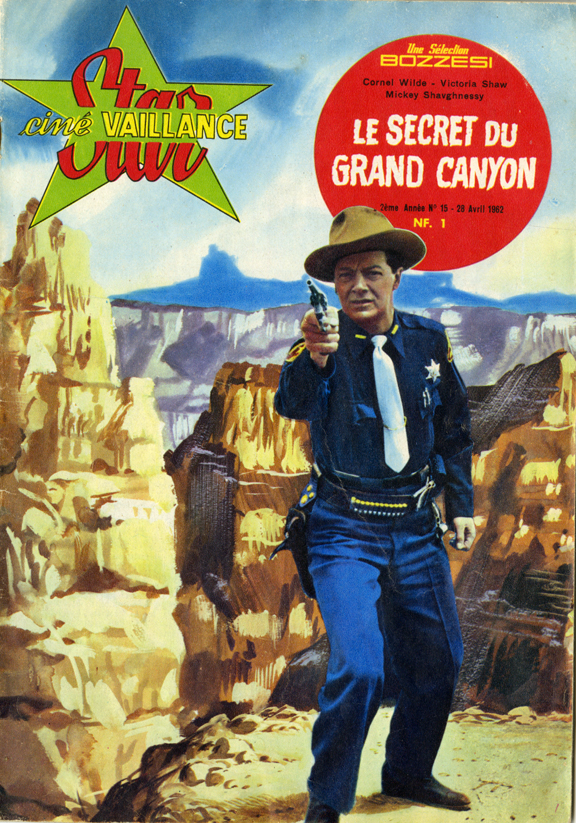 The French Know How to Sell Weak Movies
On Paper!

This classic photo-comic is based on the 1959 movie, "Edge of Eternity" which was filmed in and around Kingman, Arizona. 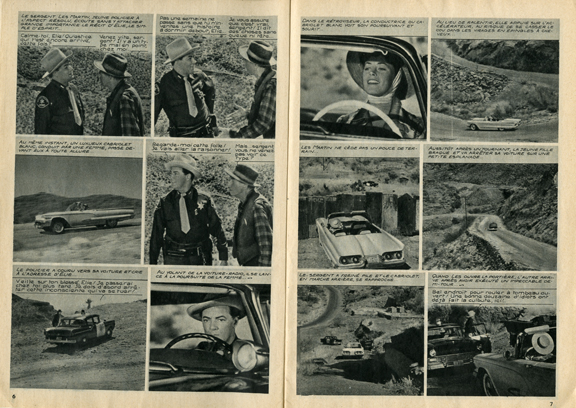 The sequence, above, was filmed at Gold Road, but the sequence The Top Secret Writer was interested in, came later in the first act: 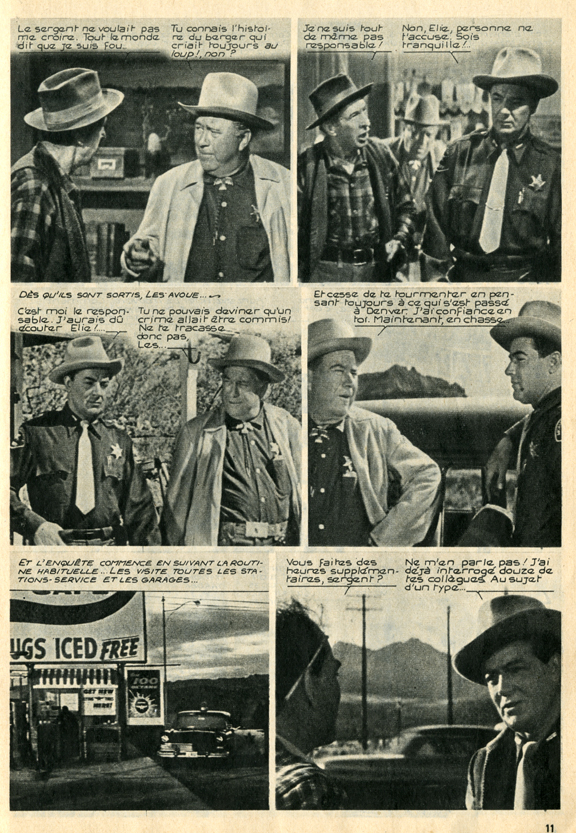 Yes, not only is that my father's Flying A gas station in the bottom left-hand corner, but I'm actually standing about 40 feet to the left of this frame watching them film this. My dad got me up at four a.m. to go open up the station with him so they could film this and I stood in the lube room in my little league Yankees baseball cap and watched the whole deal. I met the star Cornel Wilde (the guy in the sheriff's outfit). He said to me between one of the takes, "You're up kind of early."

"Yes," I said, in an exclusive interview.

Here is the next page, below, showing part of the POV shots at my dad's gas station and that is the Hualapais and the Smokehouse parking lot behind them. The other scenes were shot around downtown Kingman and the bottom right photo was taken at the El Trovatore Motel, which is on Hilltop. 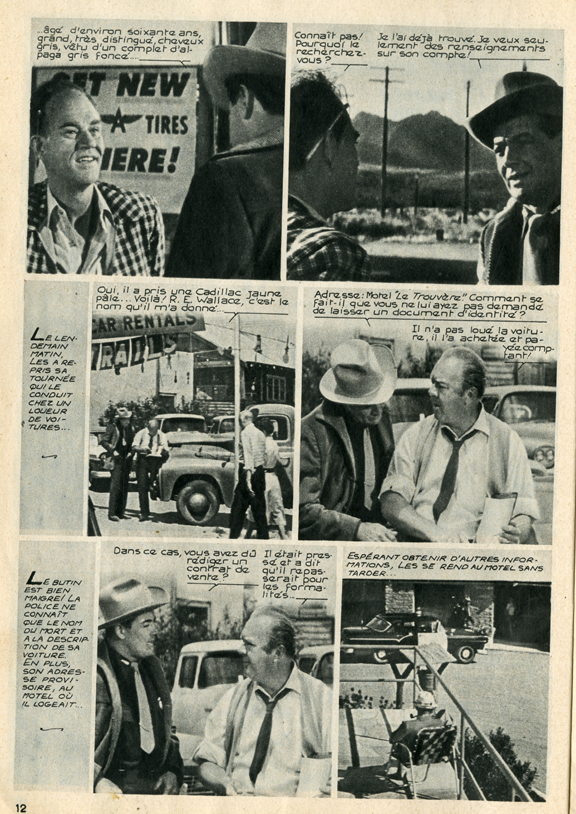 What a treasure, thank you Paul Andrew Hutton for snagging this cool time capsule.

Now here's what I want to know. These photo-comics thrived in Europe up until about the 1980s, and I know they were also a big deal in Mexico, but I don't recall ever seeing them in the U.S. Am I wrong about this? They sure seem cool, but I don't remember them on the newsstand. Do you?

"No passion in the world is equal to the passion to alter someone else's draft."
—H. G. Wells