October 27, 2018
Had a fun and productive day in Scottsdale talking about future projects with these two guys: 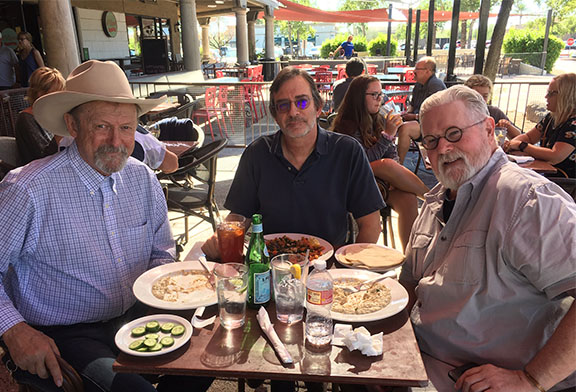 Don't want to give away the topics, but "Narcos" and "The Mojave" were discussed. That's Jeff Mariotte and Mort Mortenson with me at Pita Jungle in Scottsdale. Afterwards, Mort and I went down to Cattletrack to talk to Brent Bond about an upcoming show I want to do there in January.

"The conquest of the earth, which mostly means the taking it away from those who have a different complexion or slightly flatter noses than ourselves, is not a pretty thing when you look into it too much."
—Joseph Conrad, "Heart of Darkness"