October 22, 2018
It's fascinating to me that around the turn of the Twentieth Century the Mexican vaquero style and traditions were at their very peak in terms of great hats, saddles and gear of all kinds. But superior style and horsemanship can only take you so far.

In 1910, the intellectual elites of Mexico began to challenge the regime of Porfirio Diaz who had been in power for 34 years. Revolutionary fighters in northern Mexico began to fight for their freedoms and rights and they looked dang cool. But these horseback soldiers were no match for machine guns and other modern weapons, and, consequently, a staggering 1.5 million lost their lives in the fighting that followed, as entire battalions were mowed down, one after the other.

This is more than all of the fatalities in all of the wars the U.S. has fought since we became a nation. 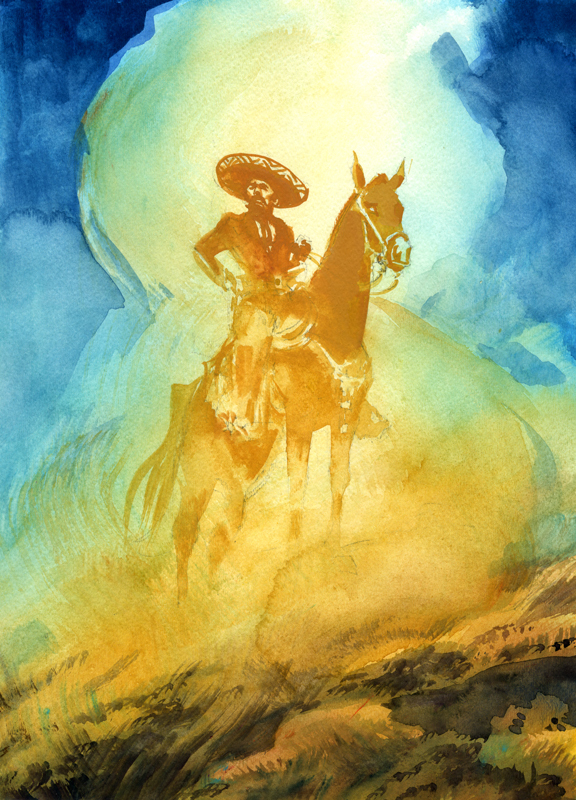 
“It is better to die on your feet than to live on your knees.”
—Emiliano Zapata
Posted by Bob Boze Bell at 4:11 PM