October 23, 2018
My friend, and fellow artist, Gary Zaboly, posted this great photo of an unknown Indian Policeman from the 1890s. 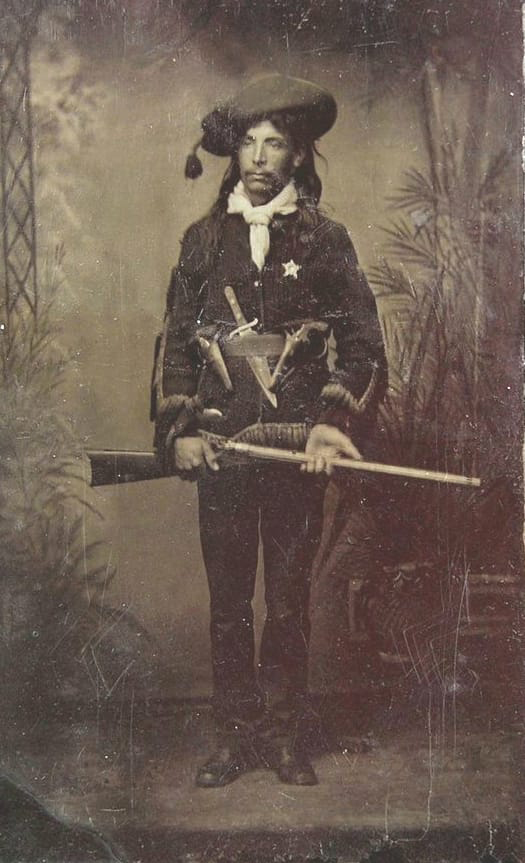 One of the captions I have seen online claims it is of Texas Jack Omohundro, but that seems doubtful. Here is a photo of Texas Jack from his days with The Combination: 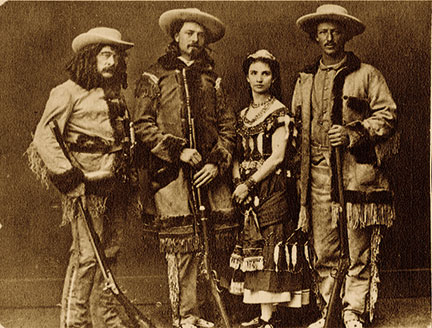 Ned Buntline (at left) and The Combination, August of 1873, featuring Buffalo Bill (second from left), and Texas Jack Omohundro (far right), who fell in love with, and married Giuseppina Morlacchi, the exotic dancer from Milan, Italy (in dress).

Okay, this just in from researcher Gay Mathis: Cowan's Auction listed this was from "The Rick Mach Collection of Civil War & Western Photography" back in 2014. Identity unknown but had this description on their website: "A CDV sized tintype of a Mexican performer, holding a Remington rolling block sporting rifle. On his belt is an unusual bowie knife, along with two spur trigger revolvers."

“Everyone seems normal until you get to know them.”
—Old Vaquero Saying
Posted by Bob Boze Bell at 12:29 PM