October 4, 2018
The remnants of Hurricane Rosa are finally moving out of our part of the Southwest leaving some pretty amazing clouds behind. 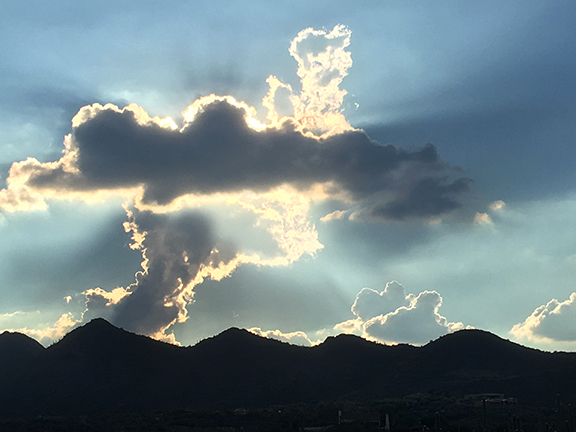 Clouds over The Seven Sisters
Clowning Around

Before Rosa departed she dumped three inches of rain on the Cahava Ranch Road area and flooded out all the roads leaving our house. I actually got a "snow day" at home, the first time that has happened since grade school in Swea City, Iowa in 1955.

My production manager, Robert Ray, who made it out to the True West World Headquarters, from his home in Phoenix, had to send me pdfs via email to approve the issue, which had to go to the printer, in Liberty, Kansas, on Monday afternoon. 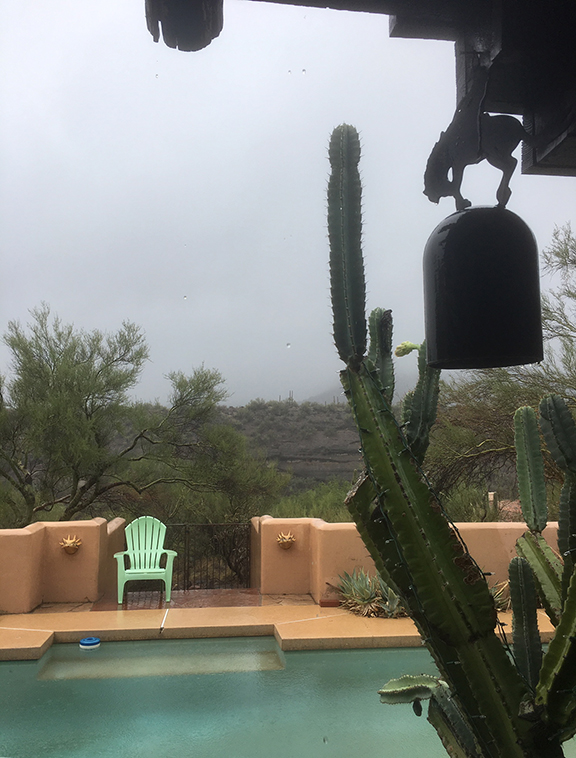 This is looking west towards the cave that Cave Creek is named for.

Today, it's a balmy 80 degrees, the nicest it's been since last April. I'm not even exaggerating.

"When it rains it pours."
—Old Vaquero Saying