The Truth About Daily Whip Outs

October 21, 2018
A doctor who lives up the creek from me decided, several years ago, he wanted to pursue his artwork, something he told me he had neglected during the long slog to becoming an MD. Once, while visiting his home, he showed me a painting he was trying to finish, and he confessed to me he had been working on it for a month. Frankly, it looked like it, and by that I mean it had a tortured look, like something a physician might do if they decided to apply and channel all the things they learned in med school into one painting. Of course I didn't knock the painting because I have painted scenes like this myself and I've been caught in a similar torturous corner many times. Instead, I tried to be positive, giving him a couple suggestions. When I mentioned my theory about painting as quickly as possible, he asked me a question, which was actually more of an accusation: "Come on, you don't really do those 'Whip Outs' in one sitting, do you?"

Yes, I try to do most of them in one sitting. Which brings up a question I get a lot:

"I really enjoy your Whipouts. I'm a bit curious as to how long, on average, does one of those take?" 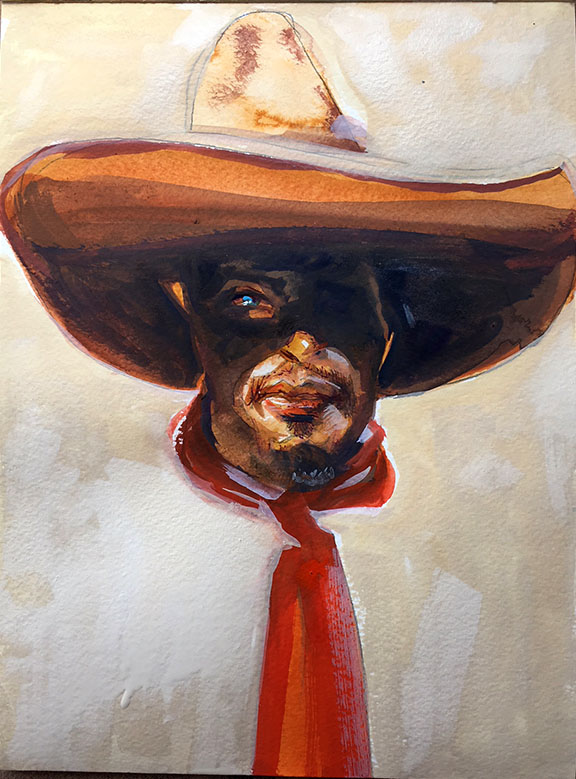 Daily Whip Out: "Ojos Under The Brim"
One sitting: approximately 45 minutes 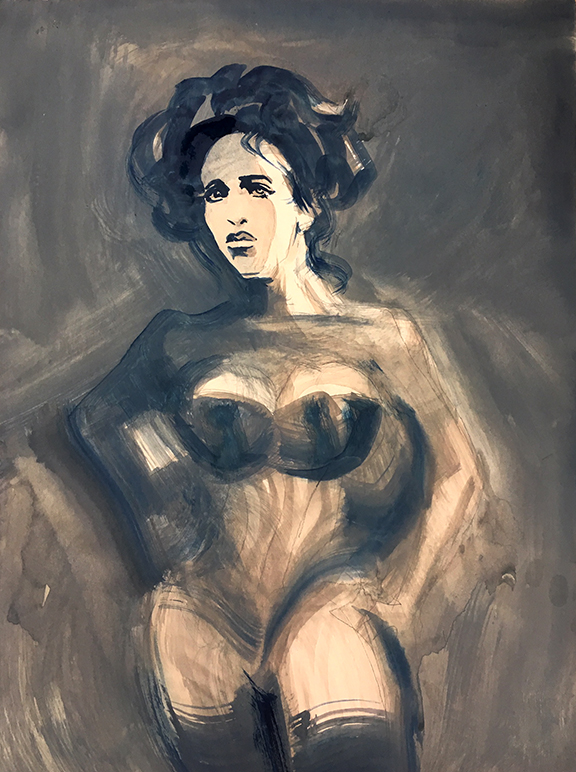 
The Truth About Daily Whip Outs
When it comes to drawing, thinking ruins everything. In my opinion, you have to do a drawing, or a painting, as quickly as you can, without hope, without despair. Toulouse Lautrec believed if you let the pencil stop, the drawing will die. Good advice.

Not everyone agrees with me:

"I work to create something that is in my brain, and I don't feel like I have to impress people outside."

Well, that may be, but, unlike Alessandro, I do have to impress people on the outside of my brain. Here's how the French director of the new Western, "The Sisters Brothers," puts it:

"Everything needs to be planned, and yet, in the end, there needs to be a kind of innocence."
—Jacques Audiard

I must confess to you, this is not easy for me to do. It's very hard to let go of the skill set I have painfully acquired over a 40-some-year career and just let it all go when I sit down to draw or paint. But, that is where the magic is. 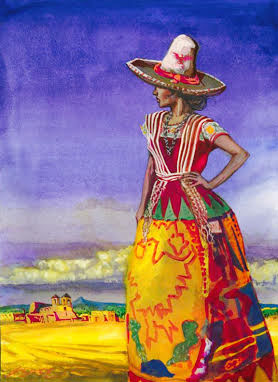 "Mexican Mamacita" took two sittings.
Sky and background in one sitting
and then the foreground figure
in about an hour-and-a-half,
on another day.


Here's another example: revised and revisited. I saw this Daily Whip Out on my desk this morning and decided it needed another tweak, or two. 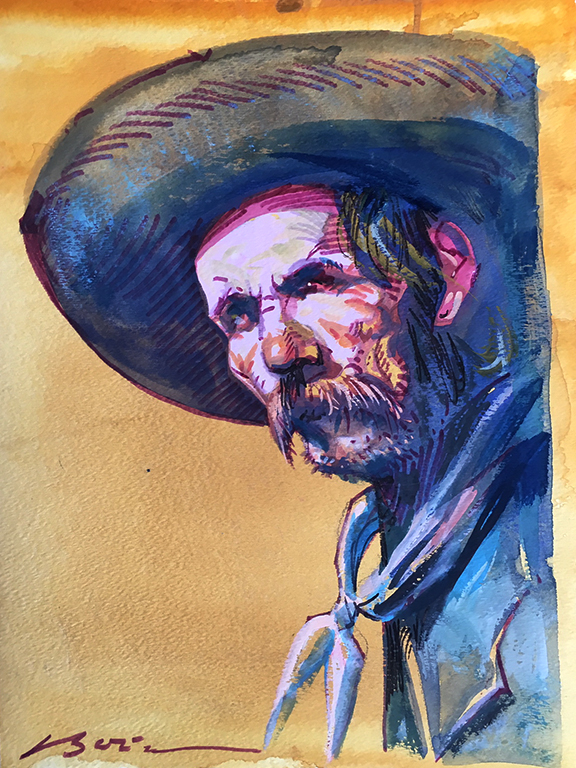 Daily Whip Out: "Worn Out, Revised And Revisited"

So, altogether, probably two hours. But this is not an indictment of taking your time. I have many paintings that I have worked on for days and even weeks, but too many of those look tortured, so I remain, for better or worse: Mister Whip Out.