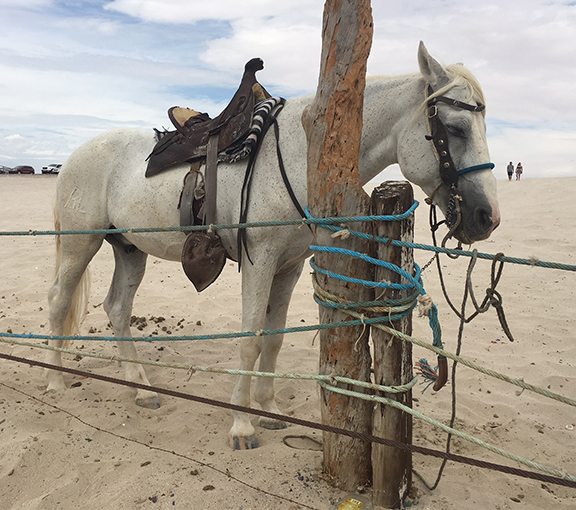 Is the Pope up to his eyebrows in pedophile scandals?

Last weekend Kathy and I were staying in Las Gaviotas at Puerto Penasco, Mexico, and the heat was pretty intense (93 degrees for the high but with 80 percent humidity). Our condo looked out on Sandy Beach and from our balcony I could see these rental horses standing there in the heat: 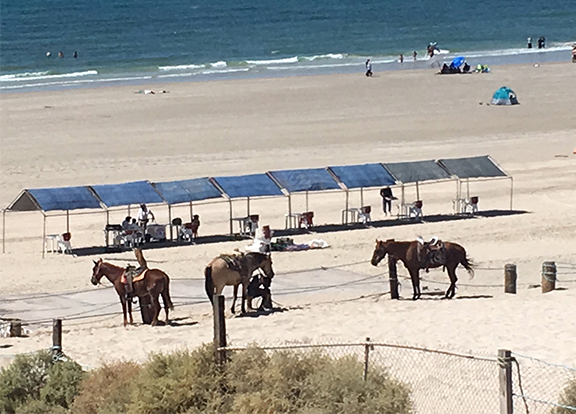 I finally couldn't stand it any longer and went down to take some photos: 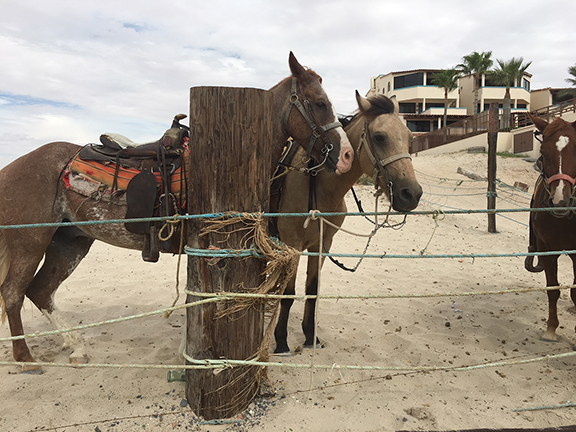 Rental horses with our condo in background

I gave the wranglers 500 pesos to shoot. Later, on Saturday I didn't see anyone rent the horses, but several times the wranglers manning the site took them out, one at a time, for a run on the sand dunes.

We were on the Mexican end of the beach, rather than at the rico Americano resorts further up the sand towards Cholla Bay. So we were serenaded all day and into the night by roaming bands of musicians who play the most eclectic rancho music I have ever heard. Each band features a couple drummers (usually a guy on a big marching band bass drum, and then another guy—sometimes two—with really shrill snare drums ripping out riffs right and left). But the one instrument that seems so incongruous, especially on a beach, is the tuba! And when the bands are far off in the distance, the tuba and the drums carry on the wind so you get a weird chicken scratch tonality that is so very Mexican. I love it because it is delightful and unique to Mexican beaches. 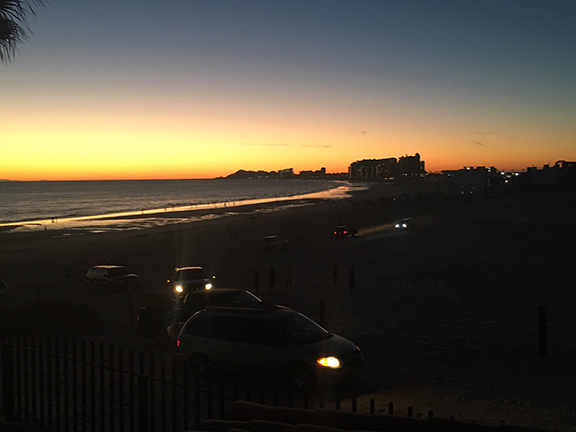 Of course, I did some artwork while I was there just to keep my hand in: 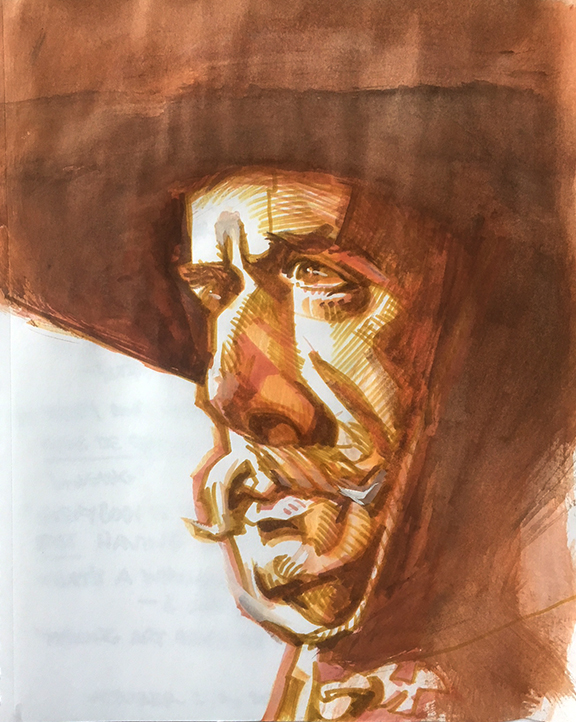 "Making art helps us heal ourselves and one another."
—Old Vaquero Saying
Posted by Bob Boze Bell at 11:22 AM