October 12, 2018
I've got a thing for wide spots in the road. You know, those little roadside attractions with one or two businesses, maybe five houses and a stray dog, or two.

To me, the heyday of these settlements was 1957. I have such fond memories of my father driving us through places like Hackberry, Truxton. Leupp, Cubero, Cline's Corner, and on and on. In 1957 every section of the country had them, but they are in decline now and too many of them look dilapidated, or worse.

Last Wednesday, Kathy and I took the backroad from Searchlight, Nevada and landed in this cozy, little wide spot in the road out in the middle of nowhere: 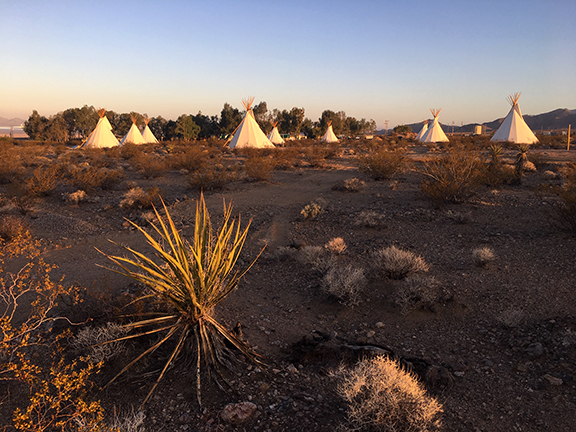 Nipton, California has a general store and a small hotel. It's so isolated, an alleycat jaywalks with impunity: 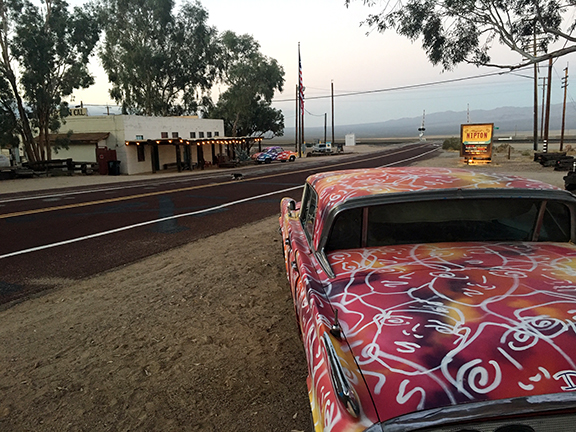 Here's a close up of the jaywalker: 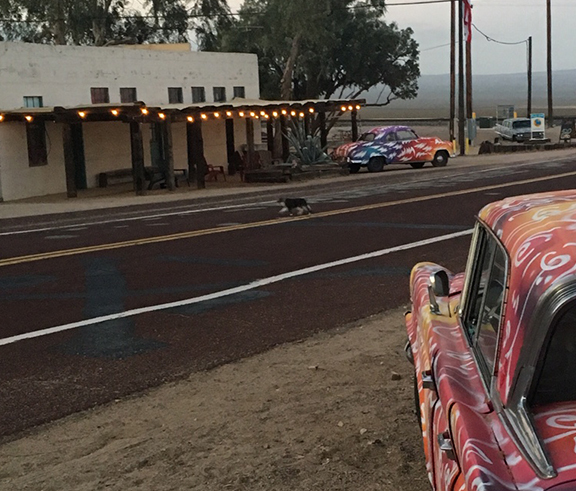 Cat On A Hot Thin Asphalt

The service in Nipton is a tad spotty, but then that is part of the charm. It took me about 45 minutes to get a key to my room. One of the problems was the Cal Lottery was up to $545 million and construction workers from a nearby highway bridge project were pouring in to the general store and lining up to buy tickets.

I wasn't in a hurry. In fact I had actually driven four hours out of my way to avoid being in a hurry. That's why I came to Nipton in the first place. I took the time to look at the store full of trinkets and T-shirts and books (Sherry Monahan, one of your books is carried here!). Plus, they carried the usual wide spot in the road sense of humor:

Remember the golden rule: Whoever has the gold makes the rules.

Finally, this old hippie guy (four years older than me) saved us. Sam saw us waiting and he jumped in to get us checked in. There was one problem: nobody in the store had a key to our room. Sam finally got in his truck and personally drove across the road to a line of trailers to hustle up the key to our room. 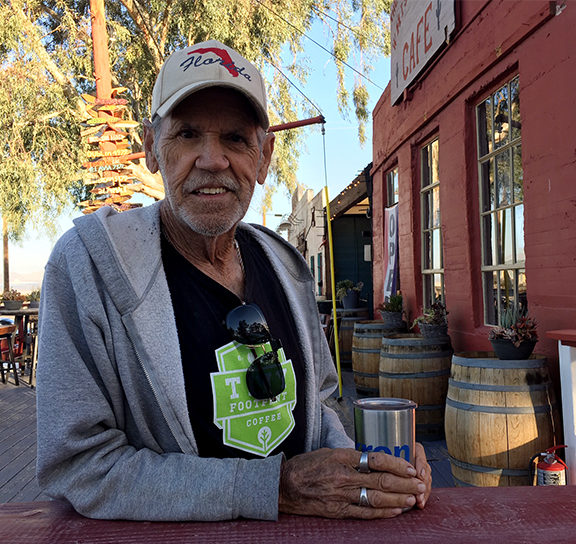 Sam The Man gets the key 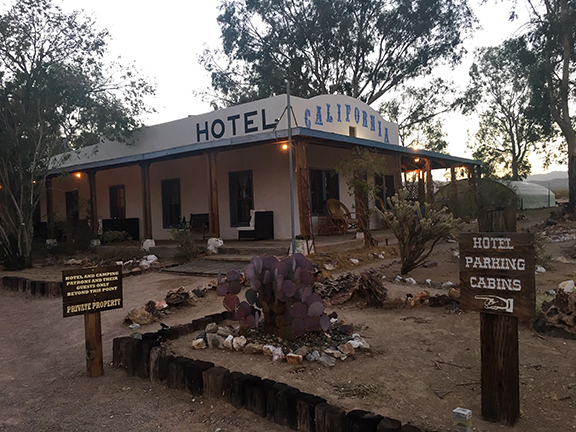 Had a great evening and in the morning, I walked the entire town without seeing a car or a soul, except for that cat.

About an hour later I met two, brave souls who spent the night in one of the teepees. 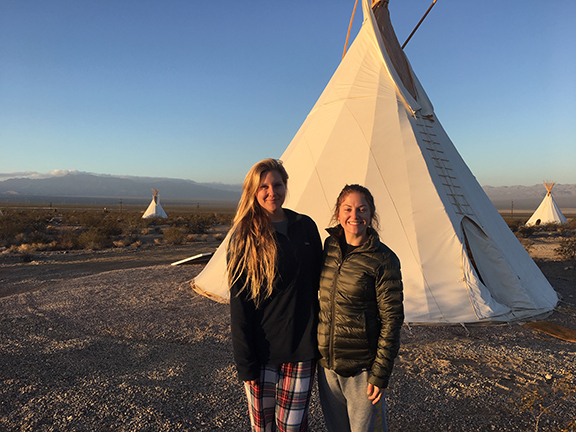 Kristen Fallon, on the right, and Noelle Henderson were driving from Louisiana to Sacramento for Kristen's first nursing assignment and they Googled AirBnBs and rather than stay on the Interstate, they decided to get off the freeway and stay in a teepee. They get major points, from me, for being so damn adventuresome. They did admit it got a little cold during the night but they were game.

Oh, and one more thing: when we finally got to the hotel room, Sam gave me the door code: it was 1957.

"You can check out anytime you want, but you can never leave."
—Eagles, "Hotel California"