March 1, 2019
We continue our joyful celebration of Pete Dexter's "Deadwood." Here are a couple more evocative gems from the book:

"The place was built of wood and leaned downhill, to the north, at a subtle angle that would make you look twice to see if the roof was tilted or you were." 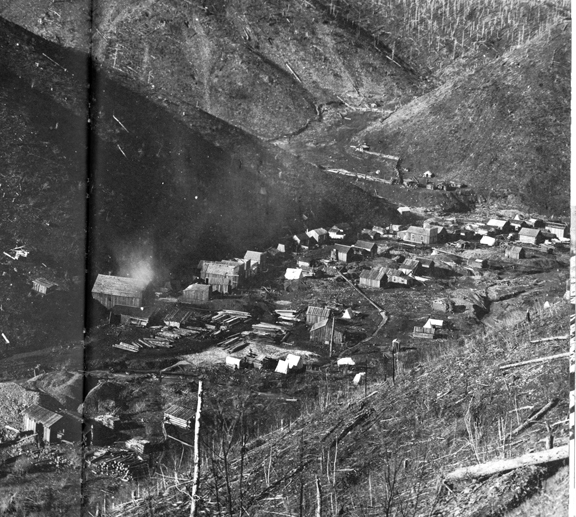 Note that the timber is being stripped away to build more wooden structures. Okay, back to the Dexter gems:

"Brick Pomeroy was drinking a glass of sloe gin when Captain Jack said that, and he put it directly on the bar. In three seconds everything changed but his underwear. 'You mean that Mex got three hundred dollars for my Indian head?' he said." 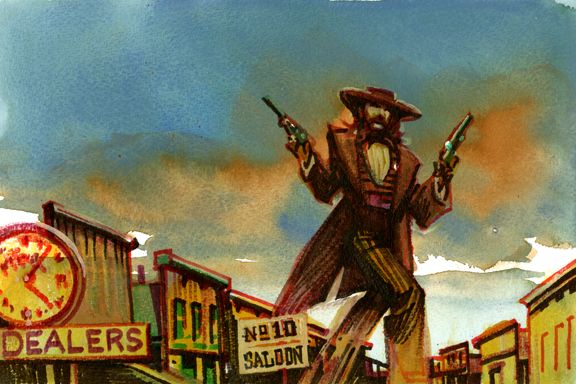 "Charley watched Brick Pomeroy's hands curl into fists. the veins came out on his forehead. It was the way ordinary people got when they found out a Mex had beat them out of three hundred dollars, but it was useless. Brick Pomeroy couldn't have fought two minutes in that condition, he certainly couldn't hit anything he was shooting at. He could stand on the banks of the Rio Grande and miss Mexico." 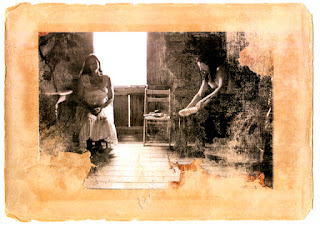 "Bill and Charley left Nutall and Mann's at seven-thirty to give Bill time to relieve himself before the play. The wind had picked up and the canyon turned cool. Charley had never been anyplace, including the Rockies, where the weather changed so fast." 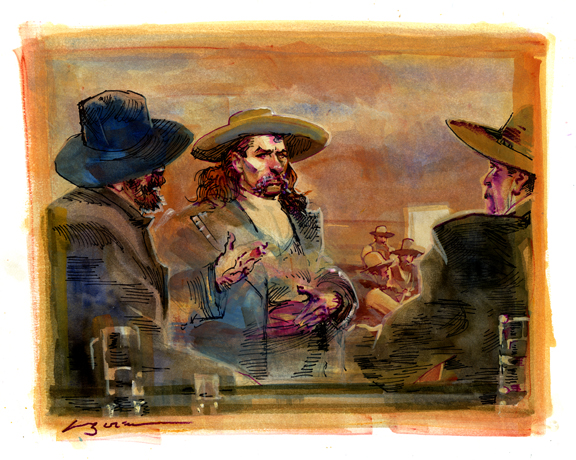 "The Langrishe Theater was lamp-lit, the back was pitch-dark, and Bill's confidence seemed to change as soon as the contrast allowed him to see again. The stage was built of pine slats, maybe half an inch between them, and was not likely to support anything heavier than a tenor." 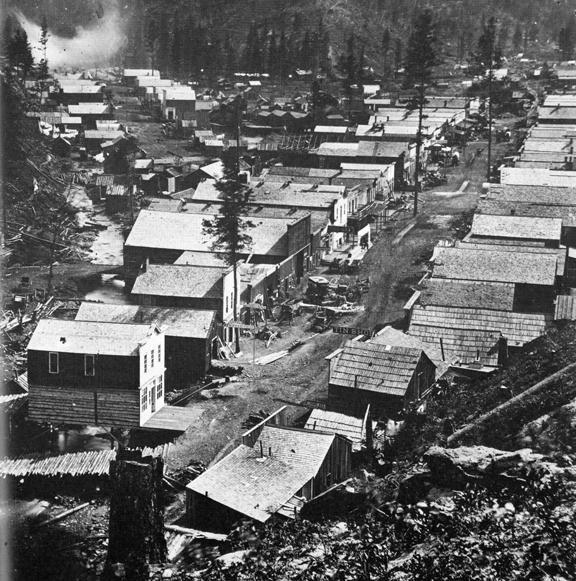 "Charley could hear the wind picking up outside. The canvas roof had a foot or two of play in it, and billowed out and then in, like death-bed breathing."

"It was one of the peculiarities of life that the moment common men went into a fight was the moment they were least prepared."
—Pete Dexter, "Deadwood"