March 12, 2019
I met the legendary drummer Hal Blaine when we did the Jones & Boze Radio Show on Scottsdale's KSLX. He regaled us with stories about playing drums for Frank Sinatra, Elvis Presley, the Beach Boys, Simon & Garfunkel, Neil Diamond, the Byrds and others. He moved to the Valley for a short time and played drums in a Country band at Harold's in Cave Creek. He was married five times. 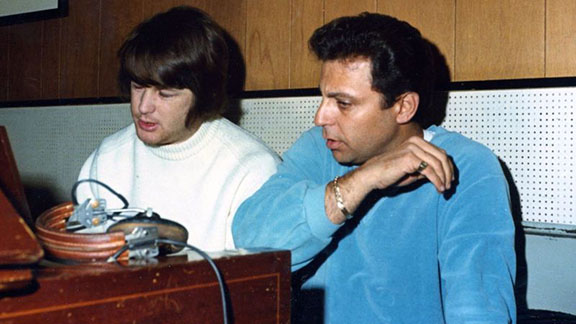 
Wilson and Hal Blaine in the recording studio in the 1960s.


Drummer Hal Blaine, who propelled dozens of major hit records during the ‘60s and ‘70s as a member of the “Wrecking Crew,” Hollywood’s elite, ubiquitous cadre of first-call studio musicians, died Monday, according to a statement from family members on his official Facebook page. He was 90. 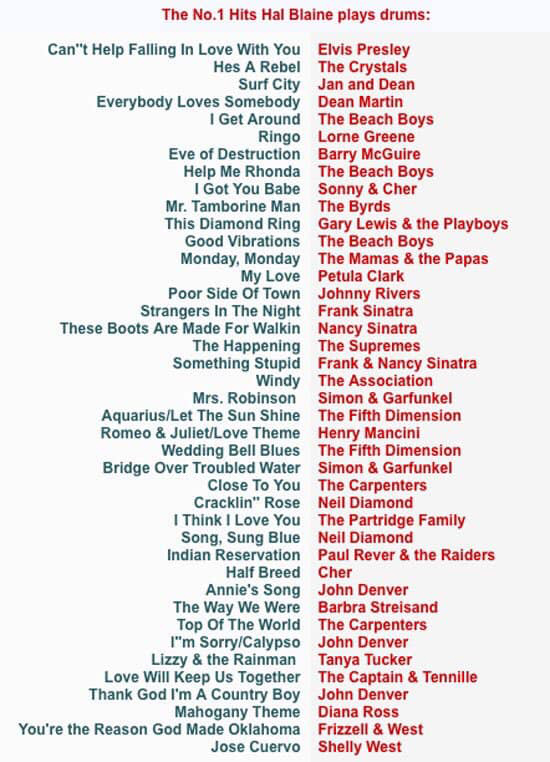 “May he rest forever on 2 and 4.”
—A loving final statement by his drummer friends
Posted by Bob Boze Bell at 11:32 AM