March 17, 2019
Some historians today have this revisionist idea that gunfights in the Old West were very rare and a fleeting phenom, invented by Hollywood, and that certainly didn't last into the Twentieth Century.

Well, if you are inclined to believe that, here's an illuminating news item from my old stomping grounds: 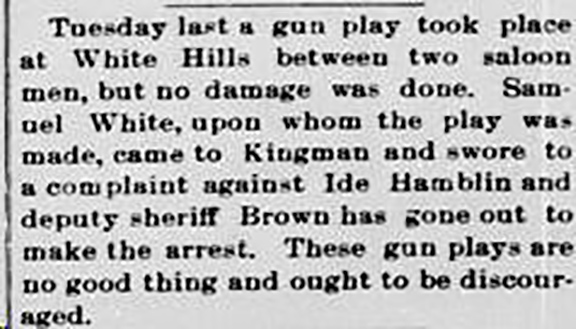 This was posted by my friend Andy Sansom who goes through the old Mohave Miners and posts daily. Really love this stuff.

Went for a walk last night with my honey and encountered this standing water up by Van Horn's old place. 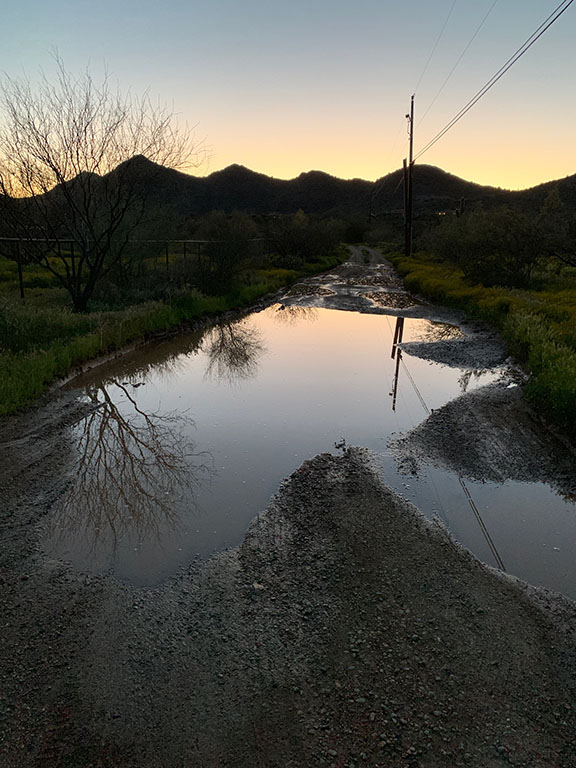 The last vestiges of all the rain we've had. Thought immediately of a favorite John Prine lyric, "Standing by peaceful waters. . ."

Worked on and off all weekend on coverage for the opening sequence of my proposed-and-in-progress graphic novel. 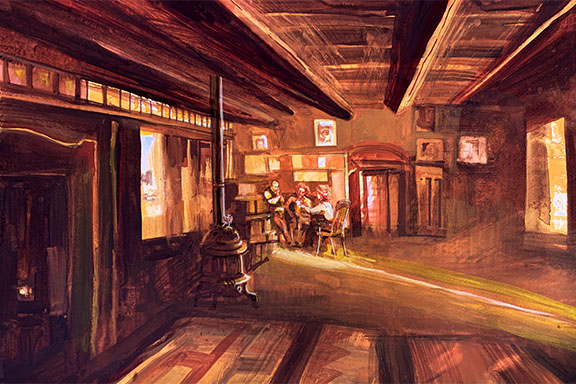 Daily Whip Out: "In The Lion's Den"

And, who, you might ask, has wandered into the Lion's Den at El Alisal, California? 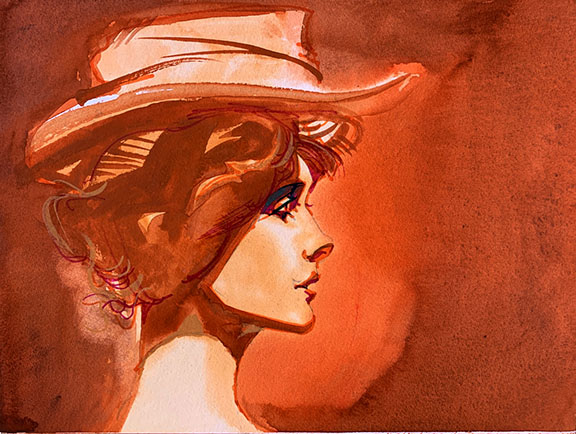 Daily Whip Out: "The Looker"

To me she is beautiful because she championed history and the truth. Oh, and she carried a satchel like this: 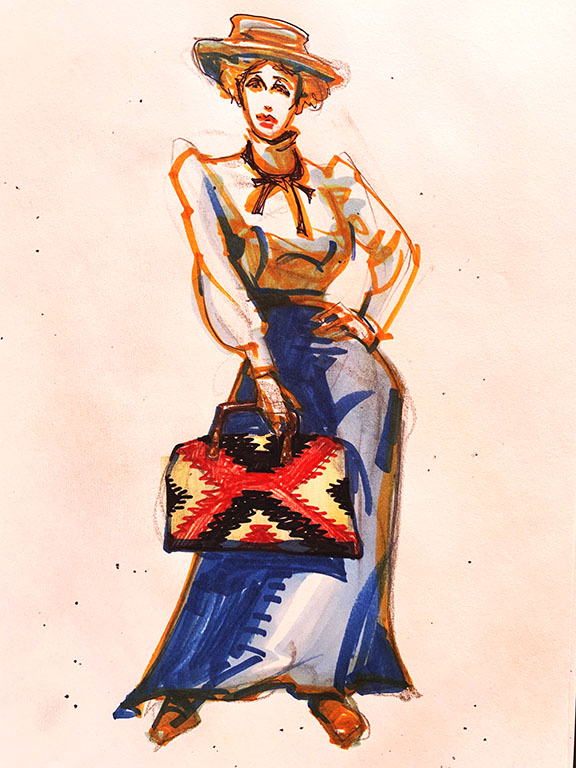 At least in my story she does.

"Many years ago along the Illinois-Wisconsin border
There was this Indian tribe
They found two babies in the woods, white babies
One of them was named Elizabeth
She was the fairer of the two
While the smaller and more fragile one was named Marie
Having never seen white girls before
And living on the two lakes known as the Twin Lakes
They named the larger and more beautiful Lake, Lake Elizabeth
And thus the smaller lake that was hidden from the highway
Became known forever as Lake Marie
We were standing
Standing by peaceful waters
Standing by peaceful waters
Whoa wah oh wha oh."
—John Prine, "Lake Marie