November 3, 2019
I revisited an older post of mine that someone has reposted and it showed up in my blog stats today. It's something that the singer-songwriter Tom Russell wrote over four years ago and I had forgotten. Rereading it (see below), it led me to this series of drawings, which I call Campfire auditions. 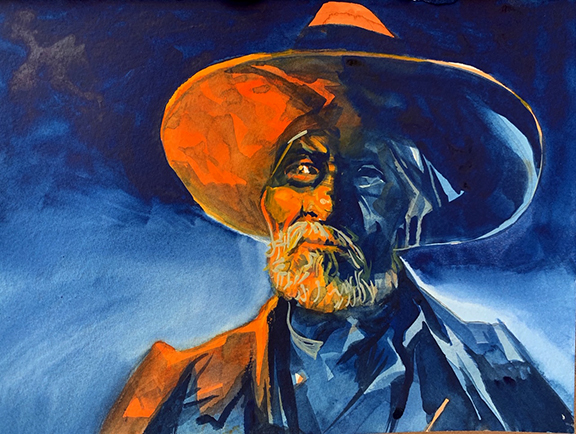 Daily Whip Out Studies:
"Old Vaquero In Campfire One" 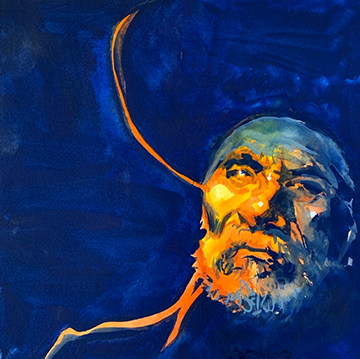 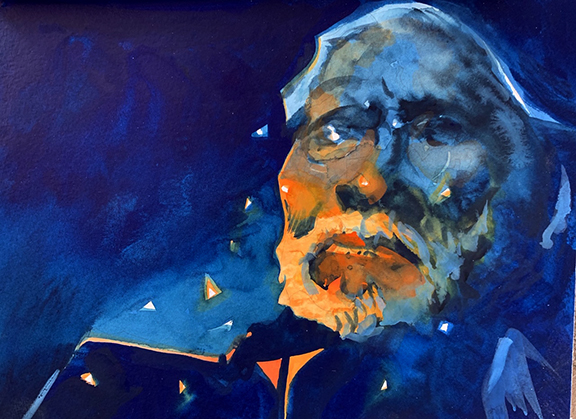 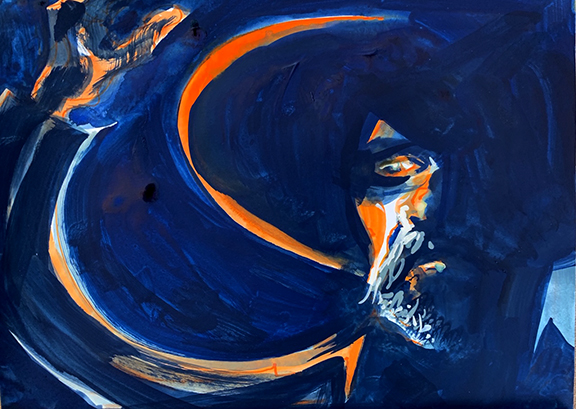 Plus, you know that dull haze that envelopes a campfire, late at night? I want to capture that effect, and so, that idea that led here. 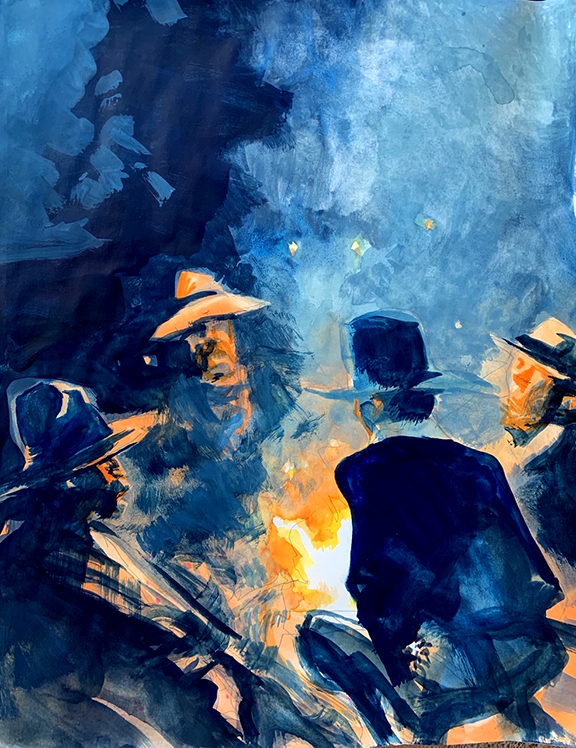 Dylan is Van Gogh. Van Gogh Is Dylan. In the Van Gogh book of letters and sketches are endless rough drawings - hundreds of working sketches of potato eaters, farmers, sowers, prostitutes, fishermen, weavers and endless attempts at sunsets, fields of flowers and on...all leading up to the final masterpiece paintings. The art begins wild, sometimes off balance, but ends up powerful and complete. I see the same processes in young Dylan in this release "The Cutting Edge." The rapid song processes and number of resulting masterworks - it's as unimaginable as the truth of Van Gogh painting three hundred great paintings in one year.  We are granted a full-on vision of the artist in the studio. We listen to the young Bob Dylan starting and stopping songs. Renaming them. Staring over. Moods shift, titles change, awkward poetry is smoothed into art. He keeps carving (in a matter of days) until the masterpiece unfolds. Dozens. The obdurate shard Like a Woman eventually ends up becoming the epic classic: Just Like a Woman. Visions of Johanna survives dozens of off-base rock feels, until it glides safely home into a Beat, Rimbaud-influenced, love ballad for all time. And finally, the nail the point down here, Like A Rolling Stone survives days and days of rough transitions and dead-end turnarounds and young Bob blowing his voice out - to become the most important rock song of all time, with an opening snare drum call to attention that is the shot heard 'round the world.
Dylan is Van Gogh. Van Gogh is Dylan. We are perceiving art that is forged in deep time, created by possessed souls - and does anyone have the guts now to trek that wilderness road again? Batting away the vicious critical gnats and the boo's? Certainly Dylan hammered the point home in his "Music Cares" speech. The bedrock of his art lies in the study, and assimilation, of ten thousand folk songs steeped in myth, deep poetics, and mystical melodies - which he borrowed heavily from and then carved into his own modernistic visions. There are no major young songwriters today capable, or willing, to do this heavy lifting. Welcome to the Dark Ages of song.