November 19, 2019
It's Dan Harshberger's birthday today. He's 72. A great designer and an even better friend. 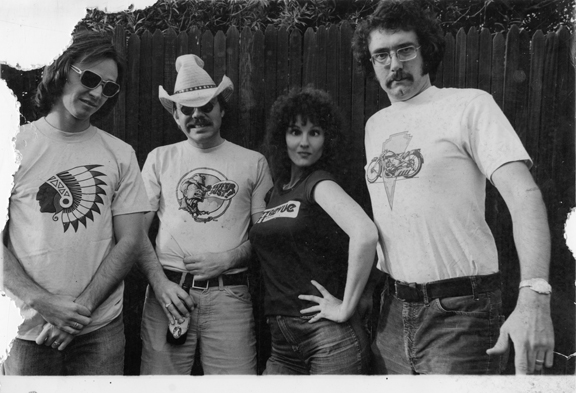 Yes, he's the dude on the right. This is way back in the Razz days (circa 1976), and, believe it or not, that is Edmundo Segundo, second from left in the Doper Roper T-Shirt. Can't remember who the cross-eyed young lady is, but the T-Shirt designs are sure nifty.

Speaking of ancient photos, thanks to Roy Young, we have a pretty spectacular Fly photo panorama of Tombstone in 1881, at the time of the gunfight behind the O.K. Corral. 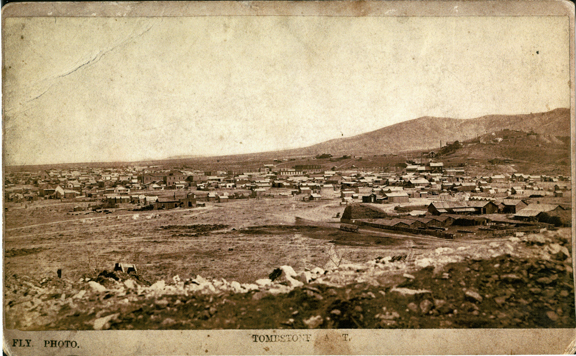 We'll be running this in Opening Shot, with call-outs of Fly's Boarding House, the Harwood House and Schieffelin Hall, and Virgil's house, all clear as a bell in the photo.

• Doesn't it seem as if the war on Christmas starts earlier every year?

• My wife and I have decided not to have children. We will be telling them tonight at dinner.

• I'm not sure how many cookies it takes to be happy, but so far it's not twenty seven.

"Defeat is the truth of things, the reason to make art. Defeat is the source of all good jokes."
—Leonard Cohen