November 30, 2019
We're having fun at my house choosing the final 30 Geronimo paintings for the Scottsdale Museum of The West art show in January. One painting is a shoo in (It's on the flippin' cover, so it probably should be in the show!) and a few others are no brainers. 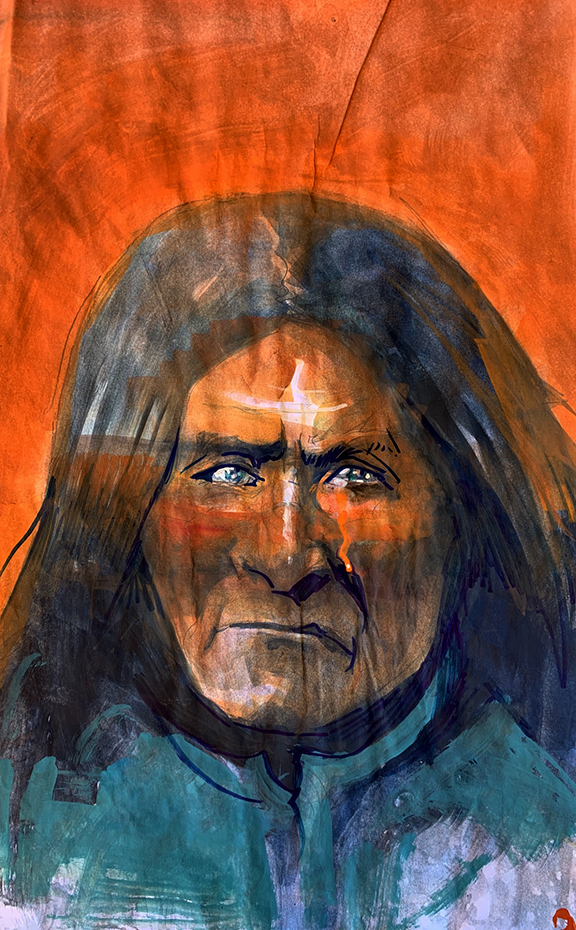 A couple we are still debating: 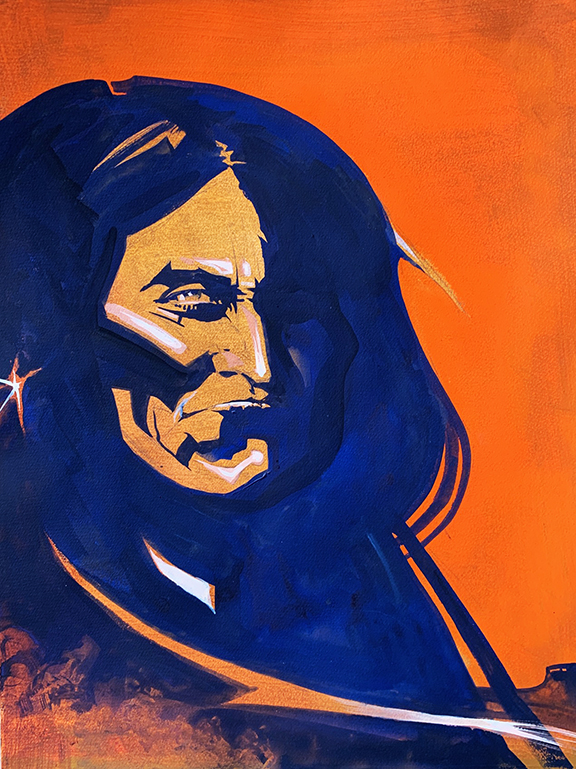 "You Never Caught Me Shooting"

Others I had such high hopes for but they failed to launch ("Drunk As Lords") or, I didn't stick the landing ("The Baserunner").

Without further ado, here are a few of the final paintings that will definitely be in the show: 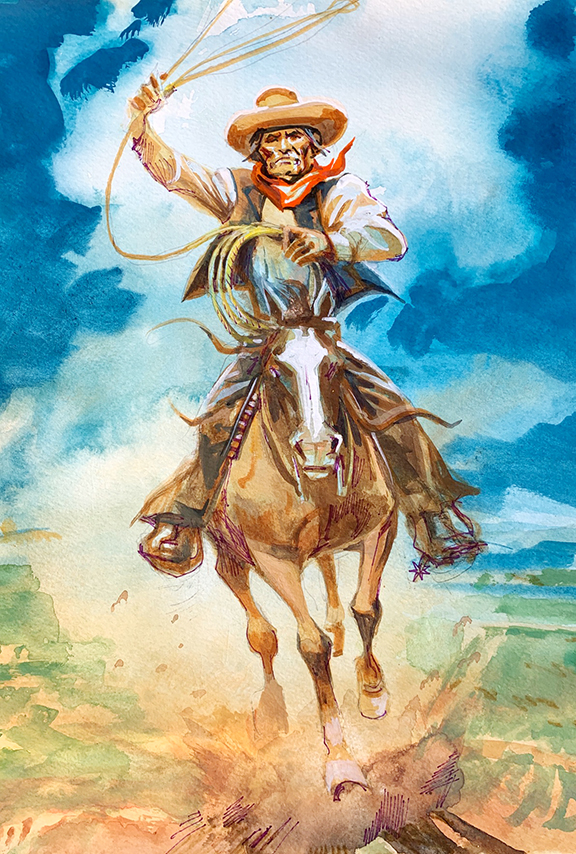 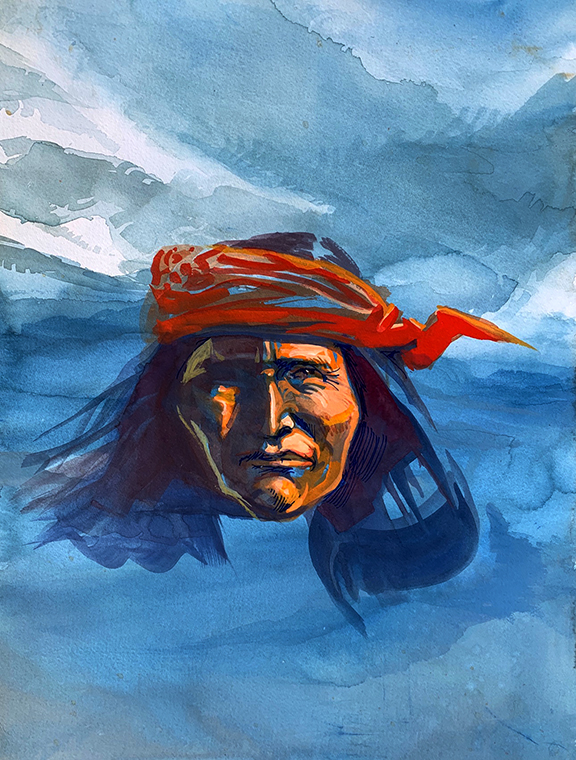 "Geronimo In The Sky"

"Geronimo In The Sky" didn't make it into the book. My production manager, Robert Ray, quipped, "We could do an entirely new version of the book with images and paintings not in the current edition." 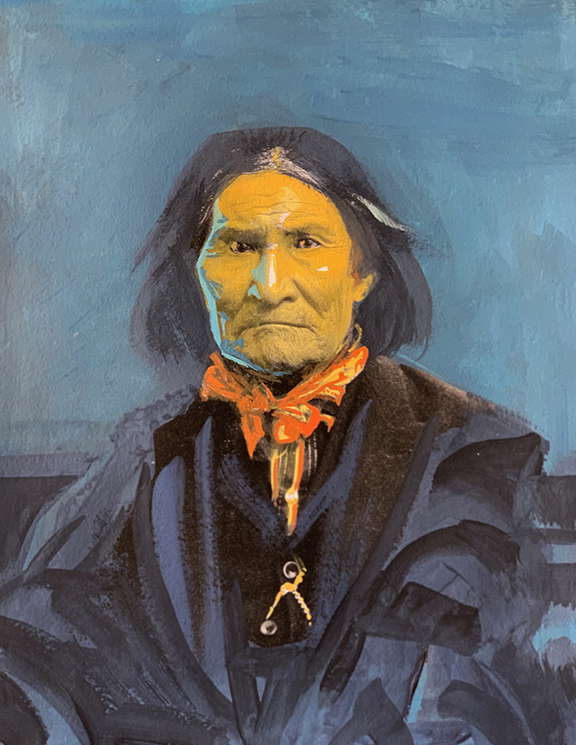 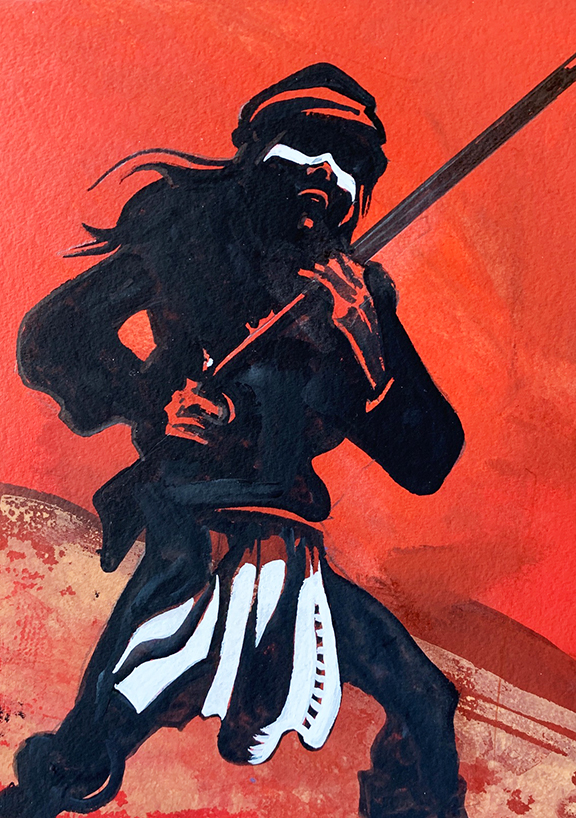 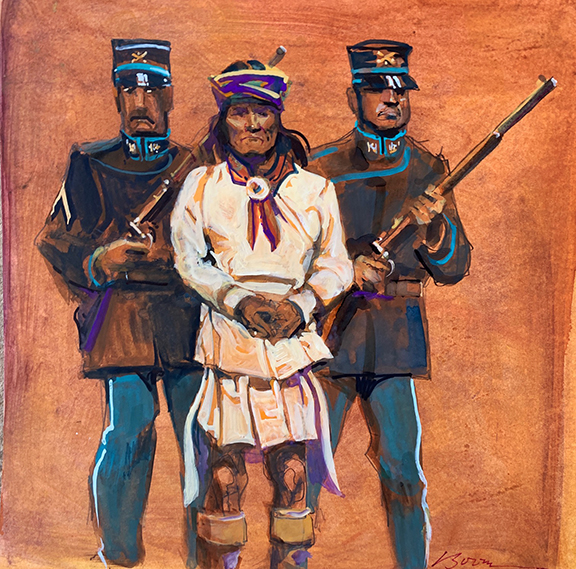 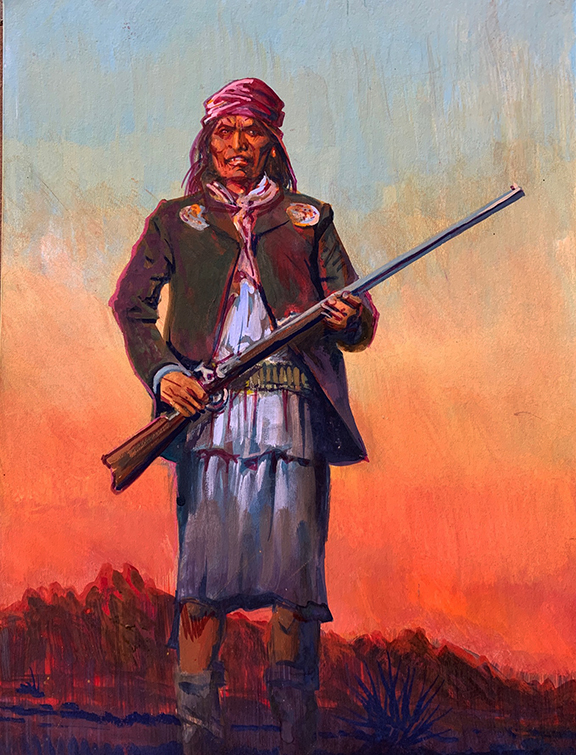 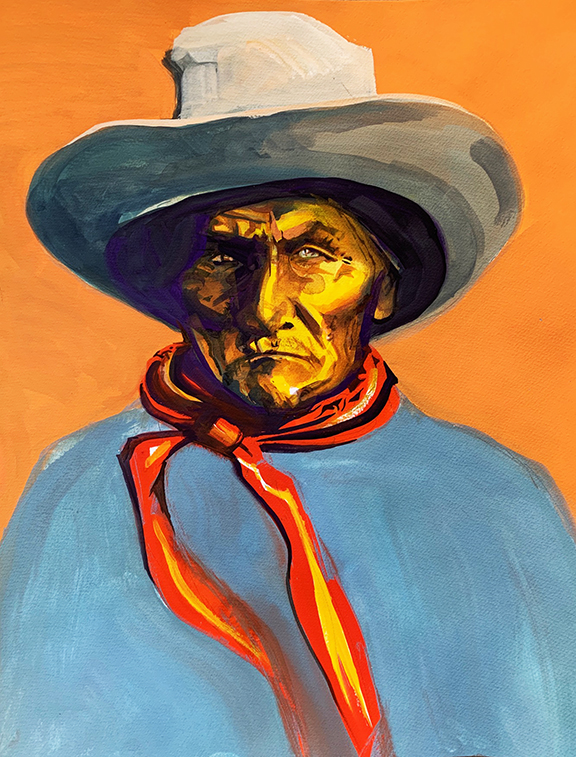 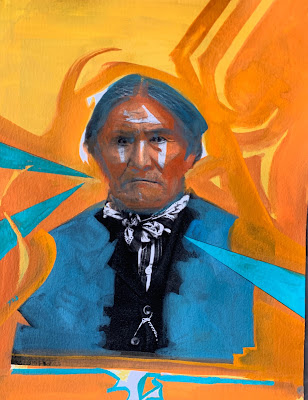 A Letter from Southern Arizona

"Dan and I both received our signed copies of your Geronimo book today.  We both think it's your best book ever.   I was instantly captivated by the visual storytelling power of the photos, art, captions and careful timeline.  The whole book exudes power that grows as the reader proceeds.  So much heartfelt labor apparent in this book, so much to be proud of. I'm going to visit Apache Grove someday.  I might pick up vibes from both Geronimo and ERB [Edgar Rice Burroughs] there. Thanks for my signed copy."
—Frank Puncer, Rio Rico, Arizona
Posted by Bob Boze Bell at 10:51 AM