March 18, 2020
I am still "sheltering in place." For the most part it feels like a summer vacation, or, even early retirement. The problem with this last sensation is that I have some pretty strong superstitions about retirement. My father, who worked at Ford Proving Grounds in Yucca, Arizona, impressed upon me that virtually all his working cronies died within two years of retirement. He maintained you had to create a reason to get up every day, or you are dead.

In addition to this, two of my Kingman classmates couldn't wait to retire, both counted the days and hours to "Cobra Out"—as one of them styled it—and both were dead within a year of actually retiring.

So, based on this I have some mixed feelings about working from home during the Coronavirus pandemic. It seems, at the very least, like a dry run for retirement. It makes me a little anxious. 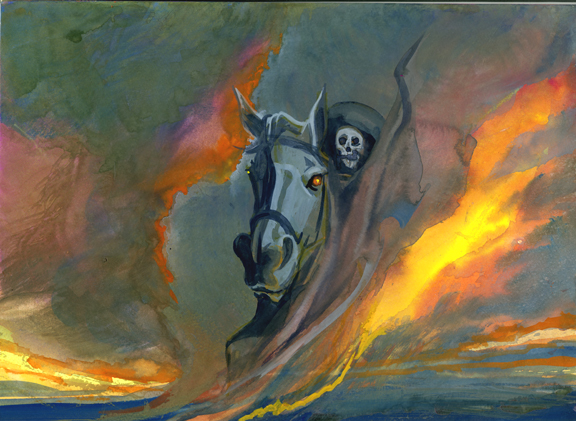 Daily Whip Out: "Death In The Dust"

Yes, my anxieties may have had something to do with the theme of the above picture. And, probably this one, as well. 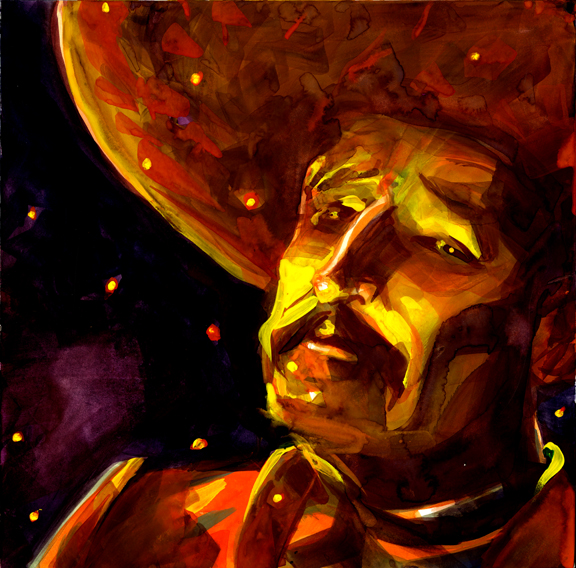 Or, another title for this could be, "Floating Anxiety." I like that his lit up sombrero almost looks like the surface of the moon, as if he encompasses an entire universe.


Hope For The Quarantine Future
I just read that in 1665, Isaac Newton had to work from home when the University of Cambridge temporarily closed due to the Bubonic Plague. It turned out to be the most productive period of his life, and he used that time develop his theories on calculus, optics and gravity. 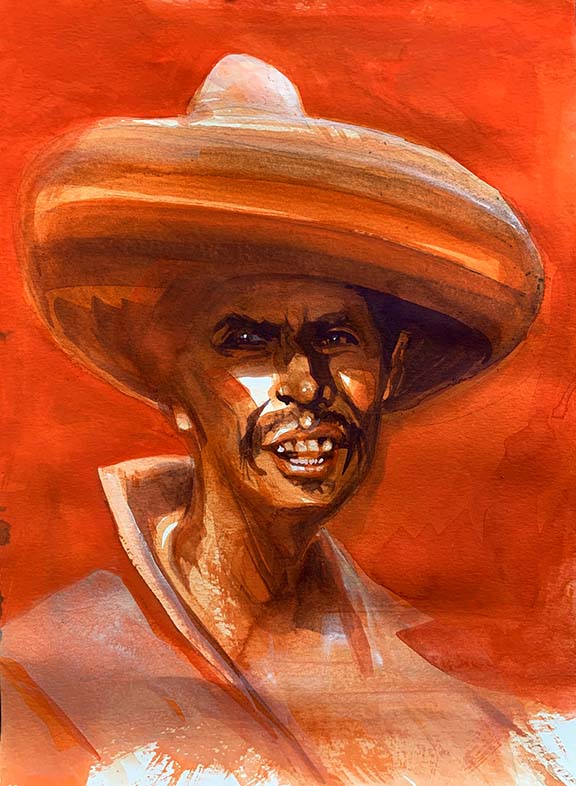 When Leonardo's Mona Lisa was stolen out of the Louvre in 1911, Pablo Picasso was questioned by the Paris police, but he had a convincing alibi and they let him go home.

I was once questioned by the the Chief of Policia in Nogales, Mexico in 1968. After spending a fitful, uncomfortable night in the Nogales jail, myself and three other U of A students paid a fine of $55 each and they let us go home.

There is perhaps a theme in all of this speculation, but I have yet to discover it. Perhaps I have too much time on my hands?

"Apparently this year is being written by Stephen King."
—Old Pandemic Saying