March 17, 2020
As per the government's request, I have stayed home for the past four days. So far, so good.

Got two new books on the Mexican Revolution and it is all quite sobering. I thought Geronimo was brutal? Ay Yi Yi! Pancho Villa makes the G-Man look like Gandhi.

Just one example: the Mexican General Obregon (later president, probably later had Villa killed, and even later still, is assassinated himself) goes to El Paso and gives a speech to the Americans there, telling them that it is safe to return and invest in Mexico. So a mining group of gringos takes the train to Chihuahua City and then west. About 40 miles west of there they come upon a railroad car blocking the tracks and when they get up there, Villistas demand all the gringos get off the train and murder 17 of them, in cold blood. Villa always claimed he had nothing to do with it, but after the raid on Columbus, New Mexico, where Villistas killed 10 soldiers and about 19 U.S. civilians (the numbers are conflicting), one of the dead attackers had a diary on him with this entry for January 10: "Today about eleven o'clock we assaulted two trains at Santa Isabel, killing 17 gringos; leaving afterwards, sleeping at Lago."

The very idea that there is a statue honoring Pancho Villa in Tucson is an insult to anyone who knows history, but then, that is the problem everywhere.

Meanwhile, here I am in my studio, dusting off my pile of unscratched scratchboards. 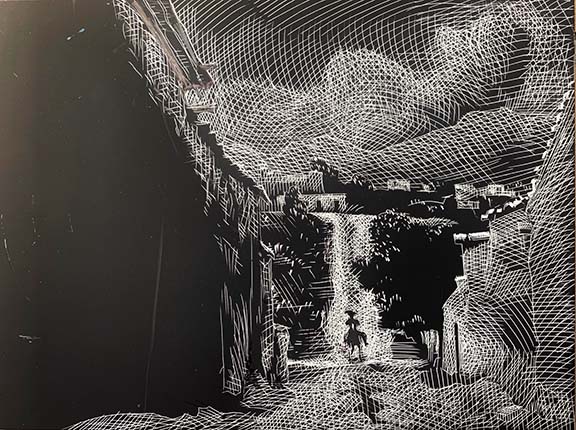 In spite of the dispiriting history, I have fond admiration for the rank and file Mexican vaqueros and their classic style. 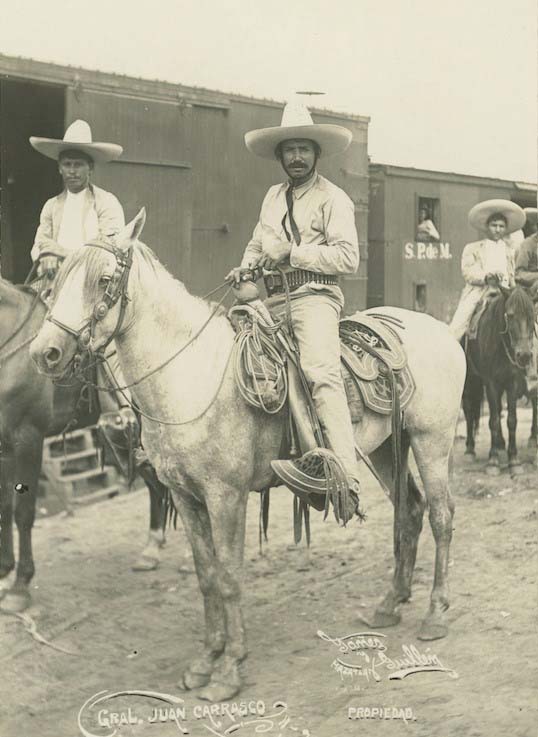 Many Boomer parents I know are refusing to be "grounded," prompting this comment from someone I am related to:

"In an unsettling reversal of my teenage years, I am now yelling at my parents for going out."
—A Certain Number One Daughter