The Razz And The Rurales On The Move

March 30, 2020
Jack Alves and Hans Olson have been working in the studio to produce an original soundtrack for our Geronimo video edited by Rick and Sally Engelmann for my art opening back in January. I want to post it online, but we used AC/DC's "Highway to Hell" and I can't really post that to Youtube. Hans, Jack and I were in a band called the Razz Band. Jack sent me an early newspaper clipping when we played the No Name Saloon on north 16th Street in Phoenix. This looks to be about 1978-79. This is before Hans joined the band and we were a power trio, a la ZZ Top. Steve "rode" a stand-up bass, literally. We were very loud. And proud. 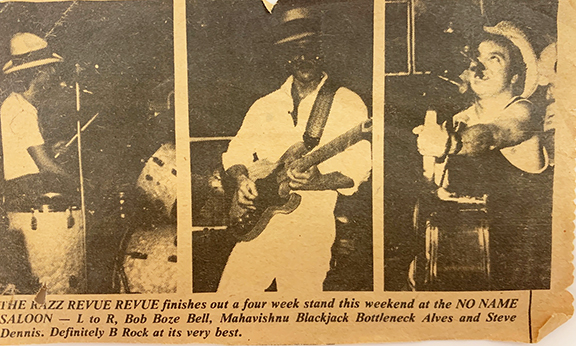 I've been having a blast in my studio. 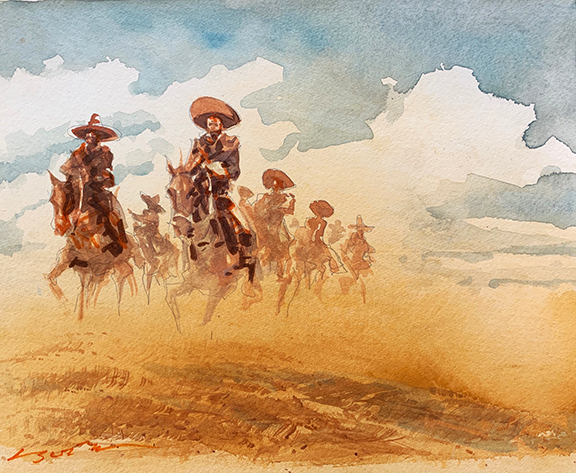 Daily Whip Out: "Rurales On The Move"

Still jamming on campfire light. Love the red eye on this one. 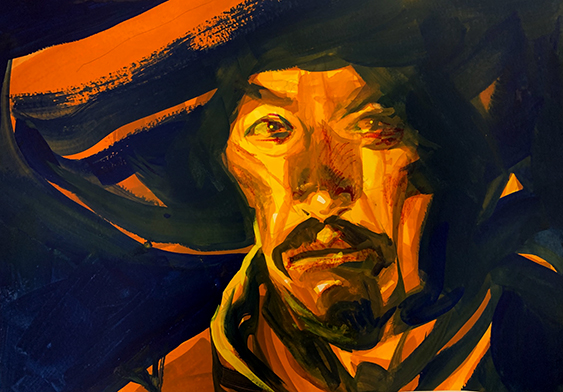 Daily Whip Out: "Wary Eyes In The Dark"

"In a dark time, the eye begins to see."
—Old Vaquero Saying