When Cartoonists Meet Their Heroes

March 31, 2020
One of the best Mohave County historians working today is Andy Sansom, who posted this newspaper clipping from the Mohave County Miner from 1935: 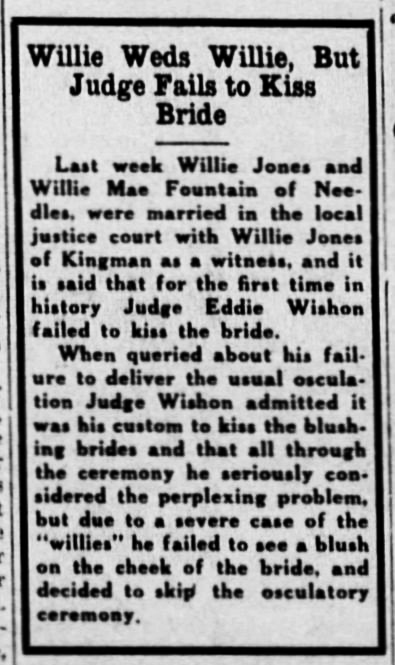 When I was in grade school, my mother worked for Judge Wishon at the Kingman courthouse. This was in the mid-fifties. One day, after school (Palo Christie) I came down to the courthouse to get a ride home. There was a case being tried so I sat in the gallery and drew pictures. Afterwards Judge Wishon came over and complimented my drawings and told me he wanted to send my sketches to the editorial cartoonist at the Arizona Republic, which he did. A couple weeks later, my mom's boss showed me the response, and it was a letter from the legendary Reg Manning saying I should keep drawing and someday I might actually be published. I've lost the letter, but I never forgot the advice.

Fast forward 25 years and, in the early eighties I won the best editorial cartoon for the year from the Arizona Press Club and I was honored with finally meeting my hero. He was retired by then but he actually signed a cartoon to me and here it is: 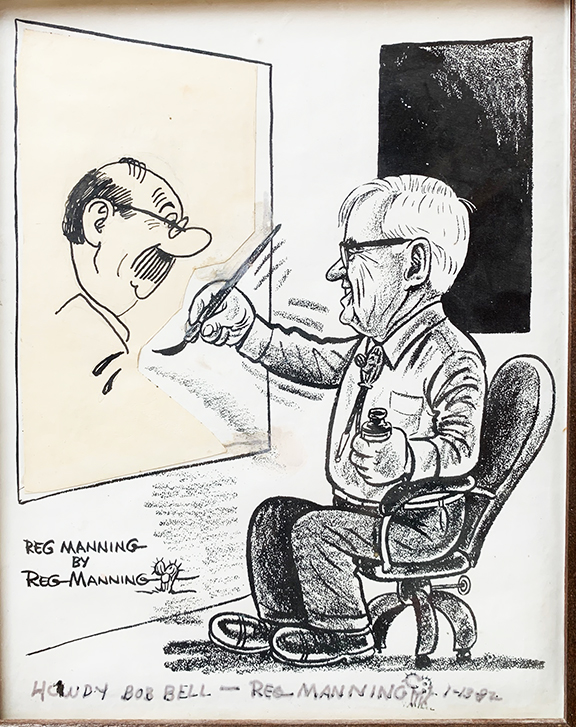 
When he finished signing this he handed it to me and made this comment: "People today sure like negative humor." He was shaking his head, as if the entire country had gone off a cliff and he didn't understand what had happened (truth be known, I think he was actually referring more to the new editorial cartoonist at the Republic, Steve Benson, but I was known for being even more edgy and outrageous than Benson, at least in the New Times orbit).

I remember wondering if I too would wake up, when I was Reg's age (late sixties!), and think the world has gone off a cliff in terms of humor. I have to honestly say, not really, although I am such a humor snob, I probably wouldn't admit it even if I did think it had. Ha.

"A rule of thumb with humor: if you worry that you might be going too far, you have already not gone far enough. If everybody laughs, you have failed."
—Christopher Hitchens