Carole Compton Glenn has been our business manager at True West magazine for 21 years. Not only has she kept us solvent and sane but she has saved all the postcards we created to promote upcoming issues. Here's just a small sample. 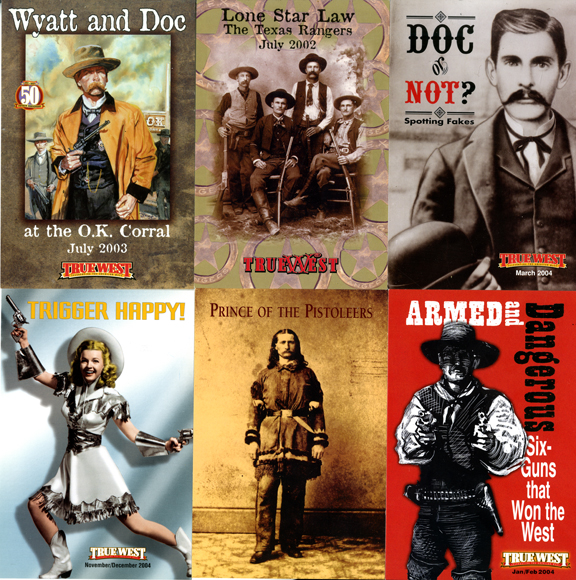 And here are four from our very first year: 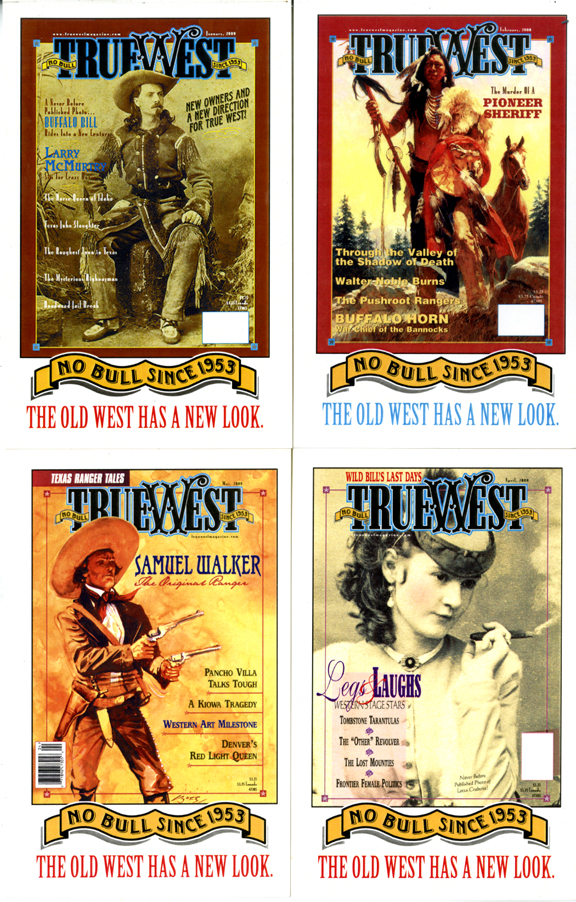 We took over the magazine at the turn of the century (2000!) and we borrowed the slogan in the banner—No Bull Since 1953—from Tex Ernhardt, a local car dealer in Phoenix who used the same slogan and year (we both began in 1953, what are the odds?). We thought it was funny to apply this slogan to a history magazine. Not sure if Tex did, although he never called to complain, or, ahem, sue. Tex passed in April of 2020. Us using his slogan seems too clever by half, now, but then, so does half the stuff we have done over the past two decades.
Maybe the lesson is, in the end everything is a joke, except the jokes you created at the time, which are now just lame.

And here, for your viewing pleasure, is a super rare TW postcard from the Carole Glenn Collection: 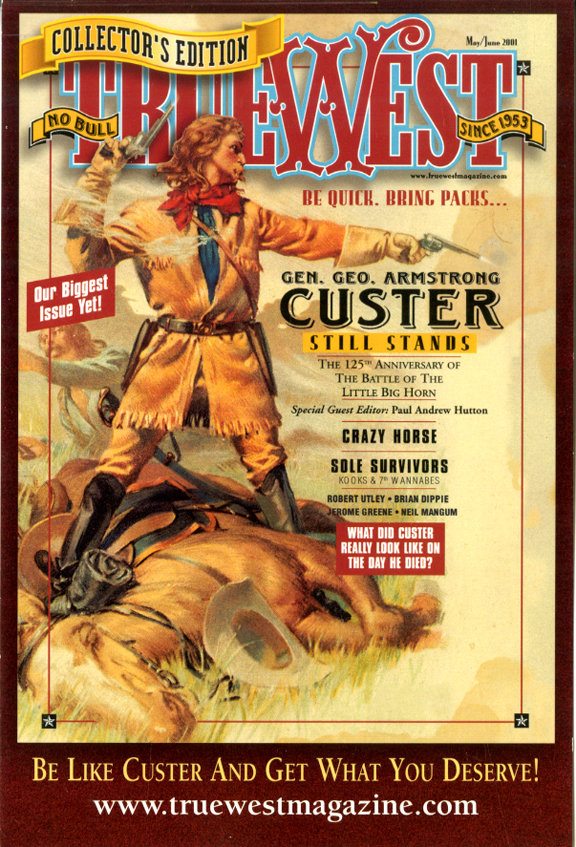 This is the only issue that we have produced that went back on press for another run of 10,000 more issues. The Little Bighorn Battlefield Museum in Montana took them all. Heady times, they were.