One of the delightful surprises in my life-long journey to study the American frontier is how many dudes from overseas are as passionate as I am about Old West stuff. We've got my favorite "Little Aussie Bastard," James B. Mills, who is turning the Kid world upside down, and of course, Fred Nolan from Chalfont St. Giles, England did the same kind of stellar work a half century ago. And Joe Rosa (a northern Brit Boy), did wonders for the scholarship on Wild Bill Hickok. So, it's not totally a surprise that a lawman from Sweden would shake things up with the colorization of some of our favorite Old West photographs. May I introduce you to the incredible—yet subtle—work of Rasmus Lagerqvist Holmberg. 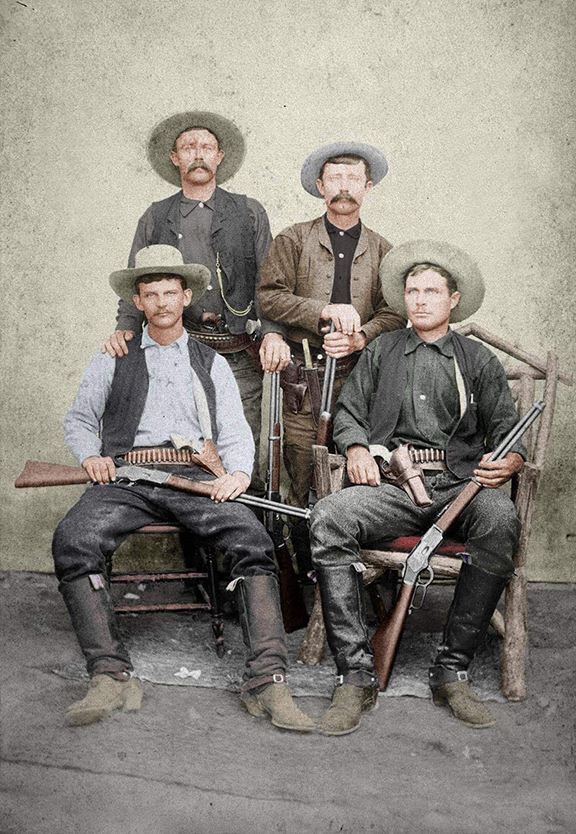 We ran this photo in black and white, above, on the cover of True West magazine in May of 2020. These Texas Rangers are, standing from left are J. Walter Durbin and James W. King. Seated are George Parker and Robert McNamar. This image was taken in Rio Grande City in October of 1887. 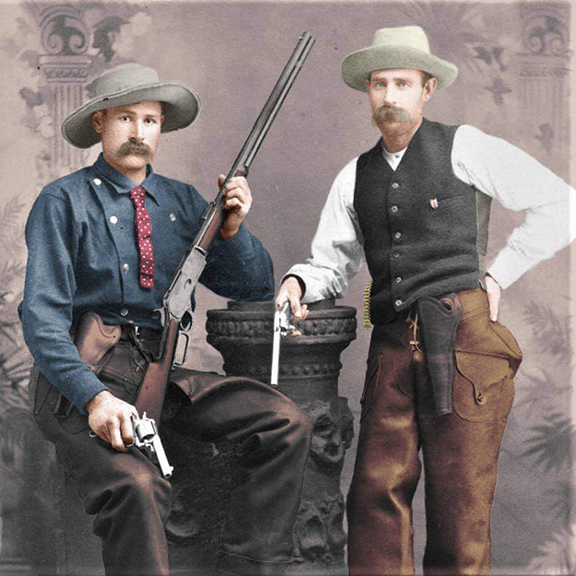 Two dudes dressing up as cowboys
And this is a rare one. A Fly Photo of A Tombstone Cowboy
Taken by Camilius S. Fly, outside Tombstone, A.T., May of 1887. The cowboy is J. E. Andrews and note his bib-front shirt, small cow pony (this is what so many modern Westerns get wrong when they show everyone riding big quarter horses, instead of these raw-boned ponies) and rifle stock sticking up on the left-hand side. He has Mexican style monkey-face tapaderos and the D-Guard Bowie Knife, which is quite rare at this late date. 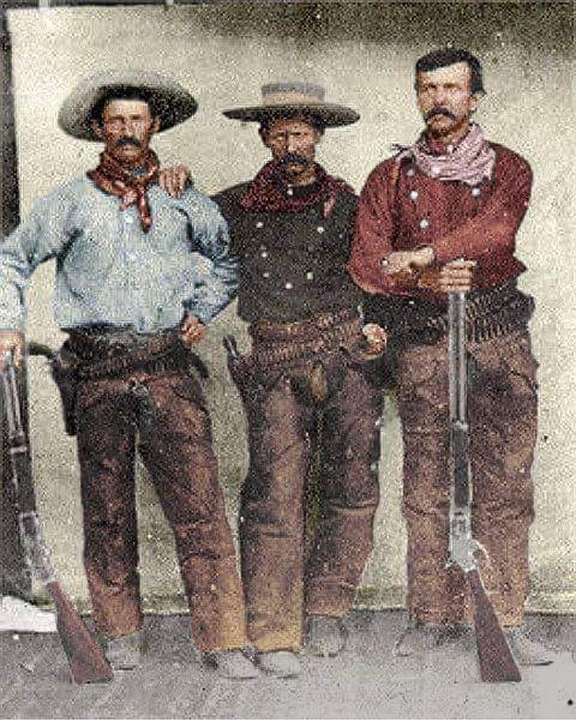 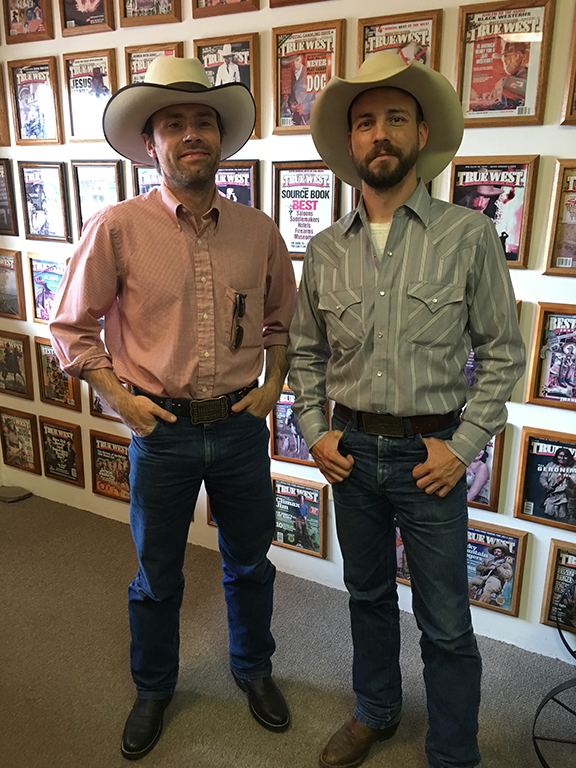 Swedish Cowboys:
Tommy Johansson and Rasmus Holmberg, September 13, 2016
The funny thing is, if you saw them on the street you would never think, "Oh, look a couple Swedes."
Also, it's pretty amazing that I found this photo on my phone in my pocket, from five years ago! Rasmus told me the date when they visited and I scrolled up into my photo file—on my phone!—and found the photo. Hell, I remember when this was all just a far off fantasy. 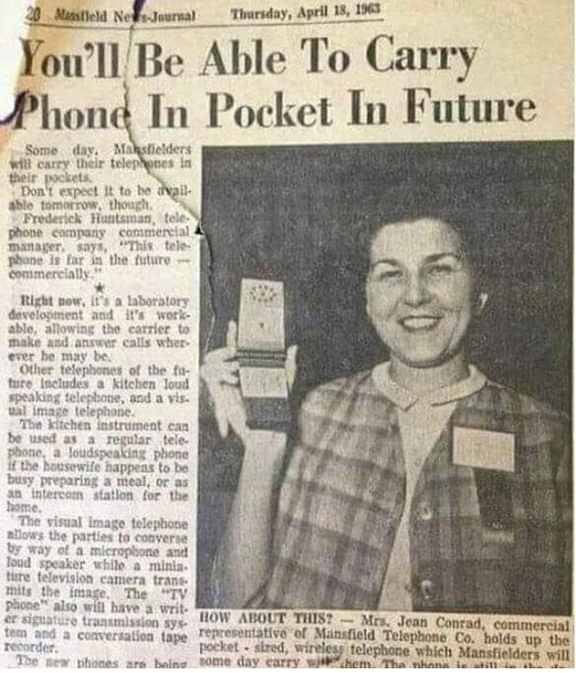 1963 news article
"I see by your outfit that you are from around here."
—Old Vaquero Saying