Okay, here is the final chapter in the mysterious and petty, false Dean's List news clipping.

As previously mentioned, when I was a freshman at the University of Arizona, the school made a mistake and sent the accolades of another Robert Bell to my hometown newspaper and, thanks to Andy Sansom, who found the clipping, here's how that looked: 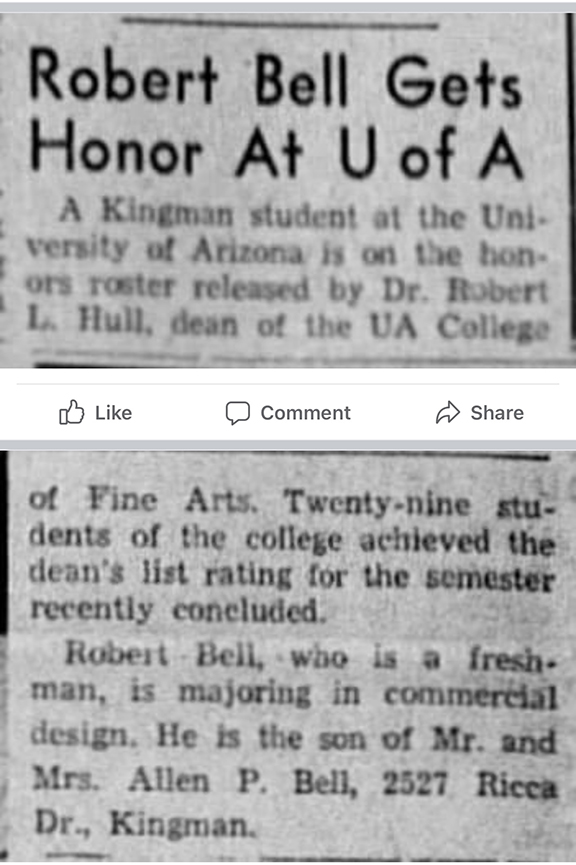 I think it's interesting that they listed my parent's home address. And, you can see why my mother didn't bother to correct all of the people who called to congratulate her.

Now, thanks to Gay Mathis, here is how I looked at that time. She tracked this photo down from the U of A yearbook annual. 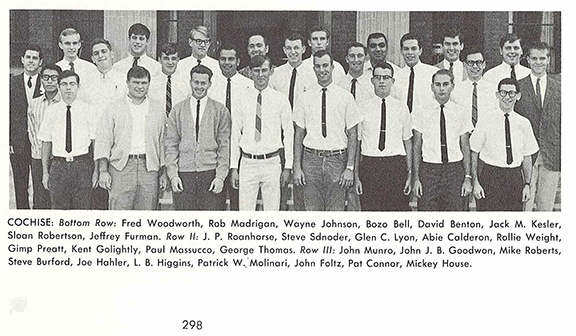 Photo taken on the front steps of the only dormitory on the University of Arizona campus without air conditioning. That's my roommate, Steven Craig Burford, another Kingman kid, back row, fifth from left.

"Frankly, I don't know how someone could be that skinny and not be in a famine commercial."