History For Those Who Care

Home stretch on the July-August issue, with a couple big, fat features on this guy. 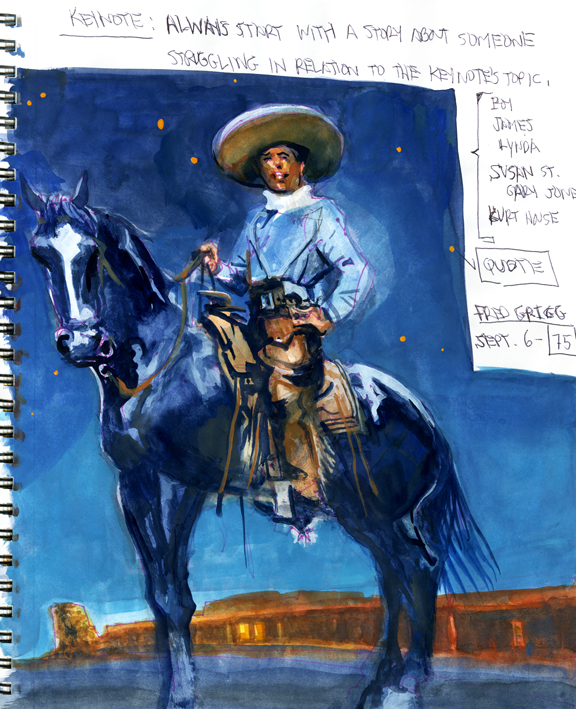 Daily Whip Out: "The Prince of La Placita"

As you will soon find out in this issue (and in a forthcoming book), the Kid was very popular with the locals, especially when it came to the ladies. 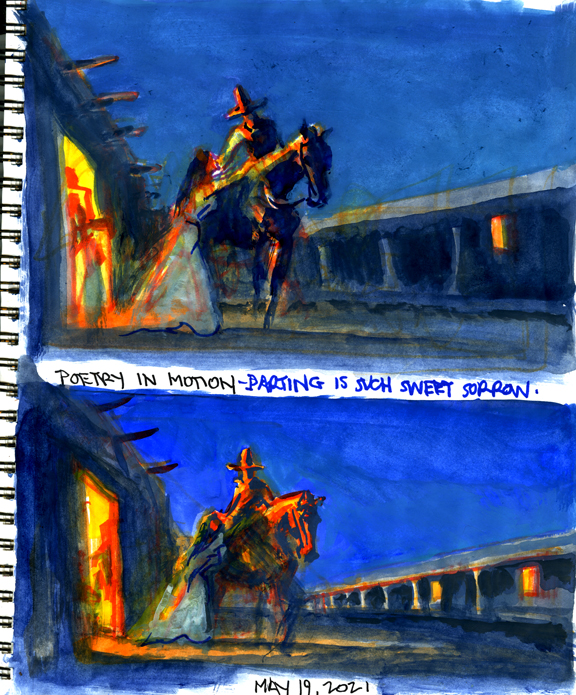 Daily Whip Out Studies:
"Parting Is Such Sweet Sorrow"

Here are my rough notes for To The Point:

Here's Looking at You, Kid

The Class of 2021 has turned in their research and—Boy Howdy—there are some eyebrow raisers in here.

You might be surprised how many times I have been accosted by members of the general public, who ask me if we don't run out of things to write about in True West magazine. Their naive assumption is that history is a solid mass of facts and dates, and once it has been written down, printed and read once, what else is there to talk about?

My standard answer is that nothing changes more than the past, which usually gets a mild chortle, but I can see in their eyes the not-so-subtle rebuke. They really don't believe it, and more importantly, they don't care.

Our next issue is for those who do care.

When I was first diving deep into all the Billy the Kid scholarship back in the last century—doesn't that sound ridiculous?—much heavy lifting had already been done by my go-to-researchers, Philip J. Rasch, Nora True Henn, William A. Kelleher and Frederick Nolan. Even then folks thought there was little more to find out. 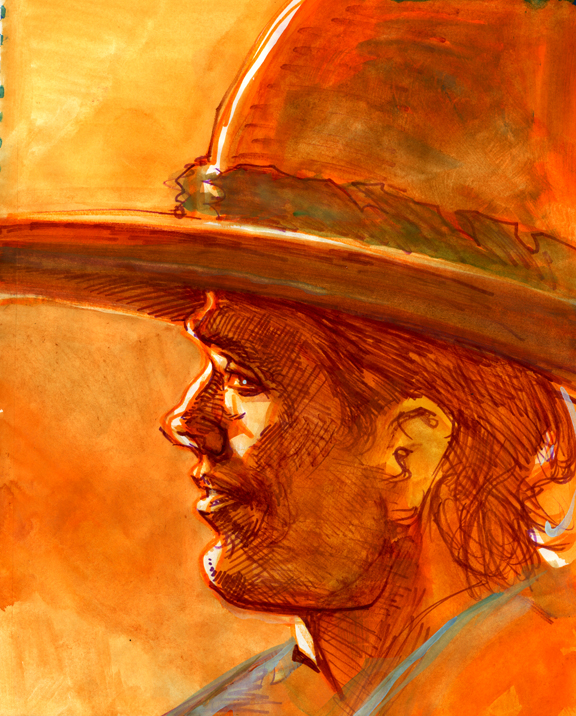 Daily Whip Out: "Billy From The Side"

Now, here we are, more than a half century beyond that scholarship and intriguing new finds are still being dug up, sometimes by scholars half a world away. James B. Mills, 37, of Australia, found a long lost interview with the Kid in the Santa Fe jail, which we featured last year in the magazine. Well, turns out he wasn't finished. In this issue my favorite Little Aussie Bastard gives us a new look at the bandit boy and the Mescaleros. Thanks to Lincoln historian, Lynda Sanchez and others, he has much new scholarship on the subject and tells a great story. His forthcoming book, "Billy the Kid: Bandito Sympatico" is highly anticipated.

Chuck Usmar has uncovered not only the possible New York connection to Billy and his mother but also of Jimmy Dolan being in the same Five Points area.

Roy Young and Kurt House are hot on the trail of Frank Stewart and his Texas Panhandle cowboys who chased the Kid in the winter of 1880. Kurt House became interested after acquiring one of a pair of revolvers presented to posse co-leader Frank Stewart. Joining forces with Roy Young the two found his never before told story and also dug out the incredible nugget that Frank Stewart was an alias! It will all be in their book, which is at the printer as you read this. 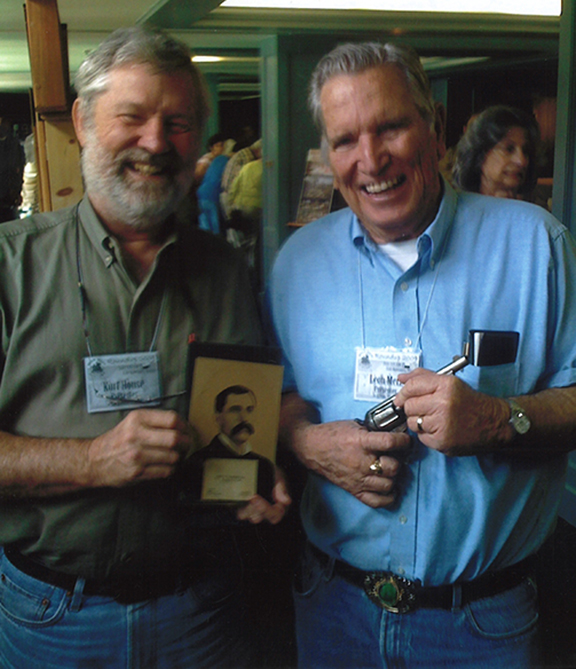 Kurt House and the late, great Leon Metz
(holding John Wesley Hardin's pistol)
In 1994 Gary Jones was on a research trip looking for information about his Great Aunt Maria who was married to J. J. Dolan and later to Emil Fritz. Stopping across from the mill at Ruidoso he entered a building and met an author sitting at a table (what are the odds?). He started chatting with this pushy author and ended up buying a signed copy of "The Illustrated Life & Times of Billy the Kid" for his daughter Susan Stevenson. After reading it, they decided that they were going to find Billy the Kid's father and set out on a quest that continues to this day. Susan and her father have also uncovered a census bombshell with one Henry McCarty showing up in Prescott at the same time Johnny Behan was there. Crazy, exciting, new stuff. 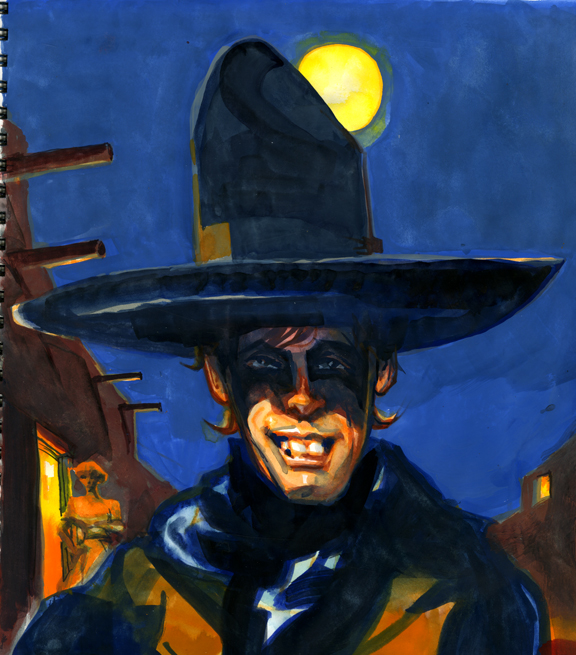 Daily Whip Out:
"Billy Lit Up And Dangerous"

Strap yourself in, this is going to be a rocket sled ride of new research on the history we love!

"When the old ways connect to the new in an honest and bold way, sparks will fly."