Thirty years ago I earned a KSLX bonus of $20k and, so, flush with cash, I commissioned a local contractor to build a free standing garage for my father's 1949 Ford Coup and his restored 1940 John Deere tractor. Unfortunately, the pack rats got in and started eating both units alive and it got so bad I either had to invest another big wad of cash in the garage or find good homes for the vehicles. I chose the latter (my cousin Mike got the tractor so it stayed in the family).

Fast forward to the Ocotillo Fire in May of 2020 and after that devastation we were forced to either raize the sagging adobe shell, or reinvent it. Kathy rolled up her sleeves and chose the latter.

The third guy to show up and the last to leave

Kathy Picks Up The Story

"This crusty, adobe building has stuff that can get dirty stored in it, and without the doors it looked like a shack on our beautifully burned land……So I thought ….doors. These happen to be the least expensive doors I could find, at Home Depot, and The Amazing Benny Sutton made it work…..referred by George Coppock (the legendary Hippie George), he was the forth person to come look at the project, and the only one to actually want to take it on. What you don’t see, because Benny covered it up with the top beams, is that the whole thing sags, and there are lots of gaps which he creatively filled in. And now it is NOT an eyesore, further renovations like insulation, interior framing, water and electricity, to be determined." 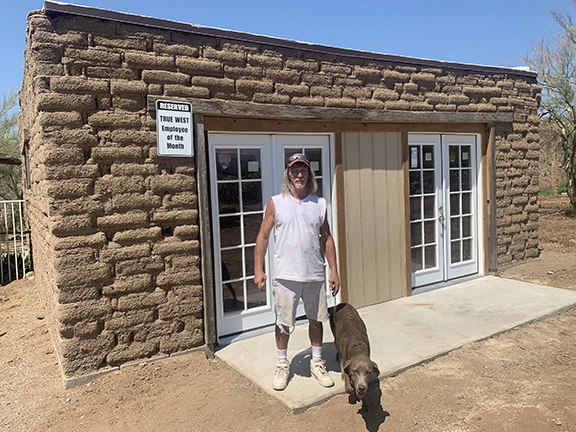 Bennie Sutton Rocks!
The dude knocked this out in record time. Solid. 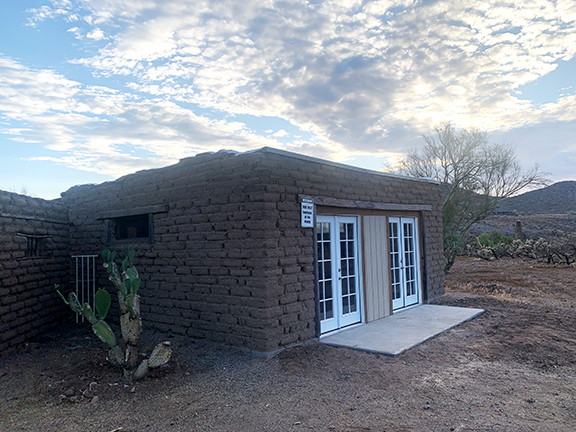 The Triple B Bunkhouse last night
looking a little more respectable.
So, who might come stay in this rough and tumble bunkhouse? Maybe this guy: 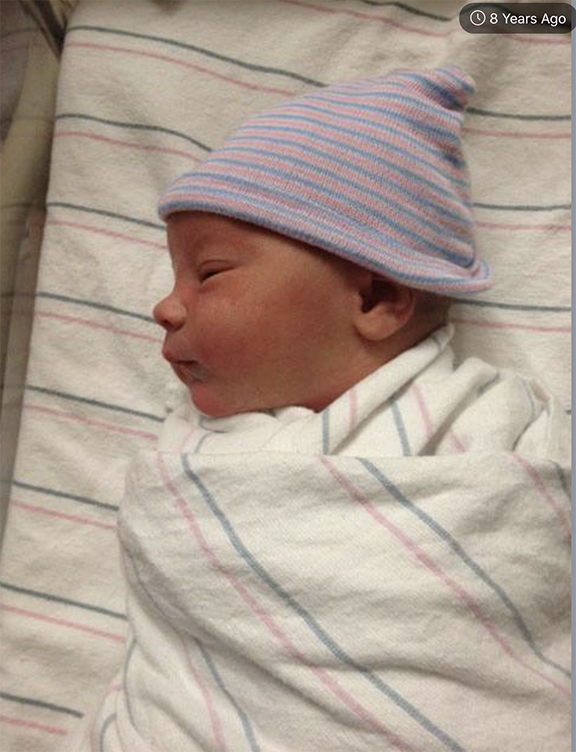 Weston Allen, Pasadena Hospital,
June 24, 2013
Yes, it's actually for all the grandkids and for any of you who come to visit us in Cactusland.
"If you build it, they will come."
—Old Cornfield Saying