Get ready for some old vaquero fun. Jim Arndt, Rasmus Holmberg and all the boys down at Cattletrack Arts Compound have prodded me long enough. It's time to finally do what I've been claiming I was going do for the last twenty years. 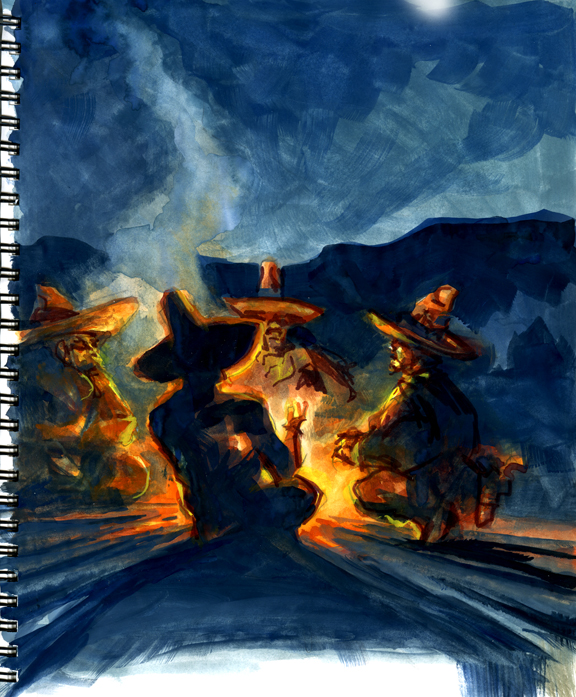 "Out Where The BS Begins"

The Old Vaquero's Time Has Come

A ragged booklet, ideally looking as if it was printed on some dusty press deep in the Sierra Madre, is in the beginning stages of production. I can guarantee, it won't be pretty, but you will learn something, and so will I. 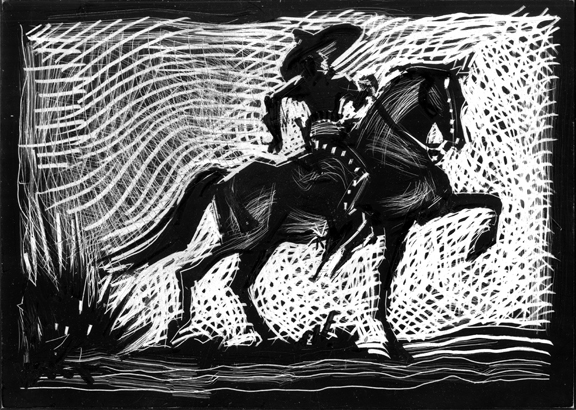 "As The Old Vaquero Sees Himself"

In our mind's eye we're still 24 and dangerous. The Old Vaqueros are no different. 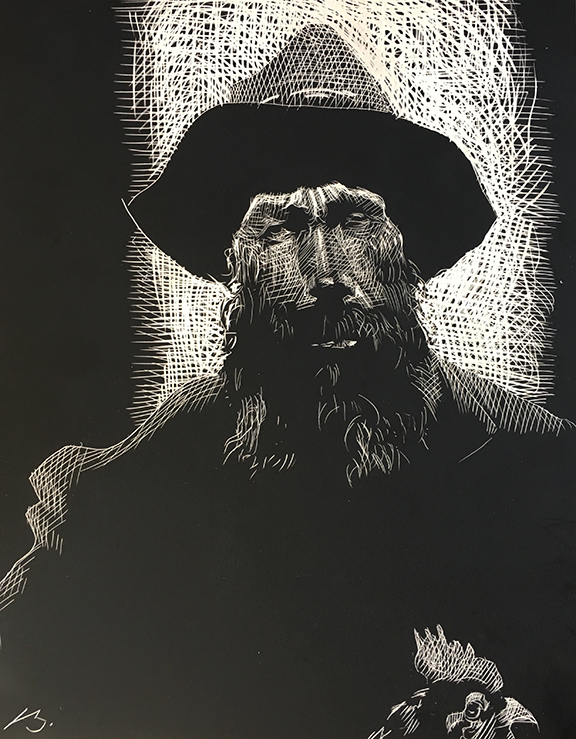 Daily Whip Out: "The Cockfighter"

• "Woe to the house where the hen crows and the rooster keeps still."

• "A campfire is the heart of civilization."

• "If you sit around a campfire long enough, everyone becomes a storyteller."