We finished watching "Cry Macho" last night and out of respect for Clint I will refrain from ripping his film, but I will say it was pretty thin. 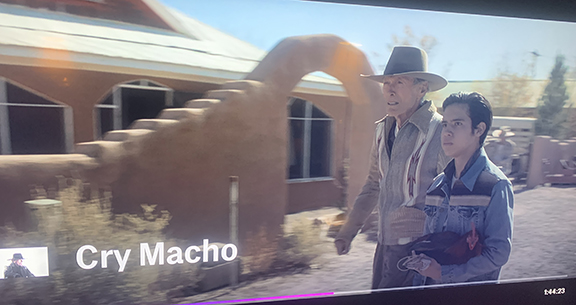 According to my film saavy friend, Kirk Ellis, this scene was filmed in Polvadero, an unincorporated area just off of I-25 and north of Socorro, New Mexico. When I complained that all the scenes in Mexico appear to be shot in New Mexico, I got this response from someone in the biz.

"It's really impossible to film a bonded production in Mexico anymore. First of all, just about every state is at a level 3 or 4 security concern as far as our state department is concerned and you're not going to secure binding or worker's comp to shoot there (not to mention more recent COVID concerns). New Mexico, on the other hand, offer amazing budgetary incentives for a film that executives know won't make any money."

And, by the way, someone told me the community was originally called Polvareda, which means "dusty" in Spanish, but somewhere along the line the town fathers changed the spelling to distance themselves from the downer description. 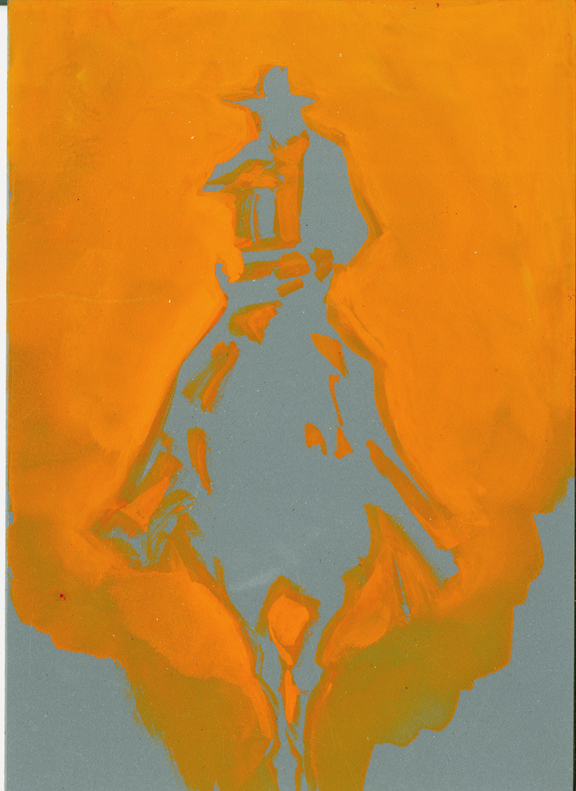 A Sneak Peek @ Framed Billys
This isn't official yet, so don't spread it around, but I have framed over 72 pieces of my original Billy the Kid artwork and my curator, Kristi Jacobs, and I are cataloguing them all for a semi-private presale to be held before the holidays. By semi-private I mean all of you who love Billy like I do will get first crack at them before we open the buying to a broader audience. 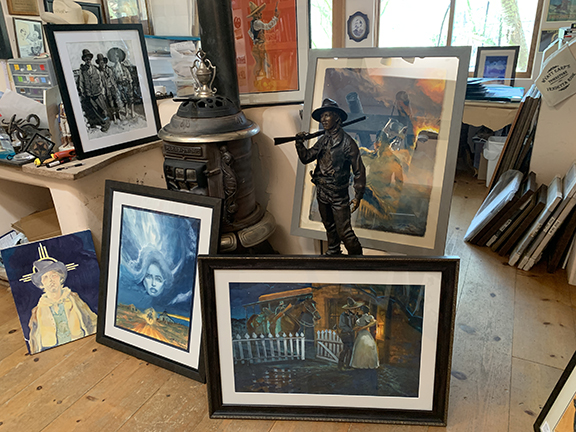 Just a small fraction of the framed, originals
sitting in my studio this afternoon.
"Remember that what you now have was once among the things you hoped for."
—Epicurus
Posted by Bob Boze Bell at 4:58 PM