The Difference Between Lying And Fibbing And The Zone of Ridiculousness

I hate lies and the liars who tell them. While I basically consider this to be a virtue, I have to confess I am perhaps a tad too zealous in my hatred of untruths and the worthless scumbags who spread lies all over the landscape. Not exactly sure where I got this from, but if I had to guess I would put the blame at the feet of The Boy Scouts, my mother, Luther League, or Spin & Marty. Or, perhaps, I was influenced by all of them together! Some of my friends have even made the connection that this hatred of lying led directly to me buying True West magazine, for the title alone. Perhaps there's some truth to that as well.

I say all this because, I have to confess, I am, by nature, a giant "fibber." I know, I know. It's probably a sad conundrum mascerading as a life quest. And, well, frankly, I come from a long line of fibbers (the Iowa-Norsky brand) and some of my earliest memories are of my grandfather, Carl Bell, "pulling my leg." 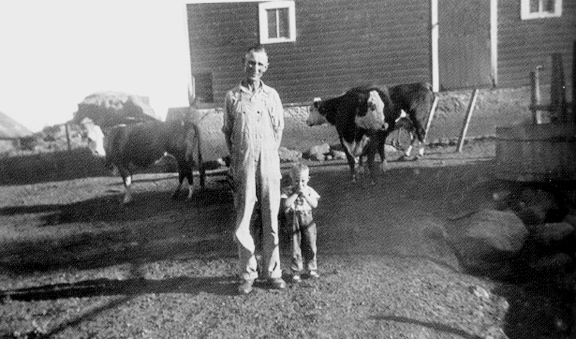 Carl "The Leg Puller" with BBB,

All of which begs the question: what is the difference between a fib and a lie? A quick search online brought up these good examples:

"A fib is telling your mother-in-law you love her meatloaf when you don’t."

"A lie is telling your wife you have no idea how she suddenly has herpes."

It’s a matter of scale and intention:

"You don’t want to hurt your mother-in-law’s feelings, and it’s just one meatloaf dinner—no harm is done, but you may have to eat meatloaf every time you dine at your in-law’s house. A fib.

"You don’t want your wife to divorce you when she finds out you’ve been cheating on her and gave her an STD - you’ve deceived your partner and endangered her health with your lie."

And, then, there's this:

"They are the same thing, a fib is considered a “small lie.” We probably invented the term fib to make ourselves feel less guilty about lying. But it’s really the same."

So, if I hate lying so much, why do I like fibbing? Perhaps as a guilt ridden compensation? In my defense, I see most fibbing like hyperbole—obvious exaggeration. The receiver of the fib certainly must see the twinkle in my eye, telegraphing I am not serious, only "joshing."

Still, it's a bit unnerving to realize how close they are on the tone scale.

Now, The Greatest Scratchboards Ever Done!

Okay, this is somewhere beyond bragging, fibbing and hyperbole and we are close to being in the Zone of Ridiculousness. 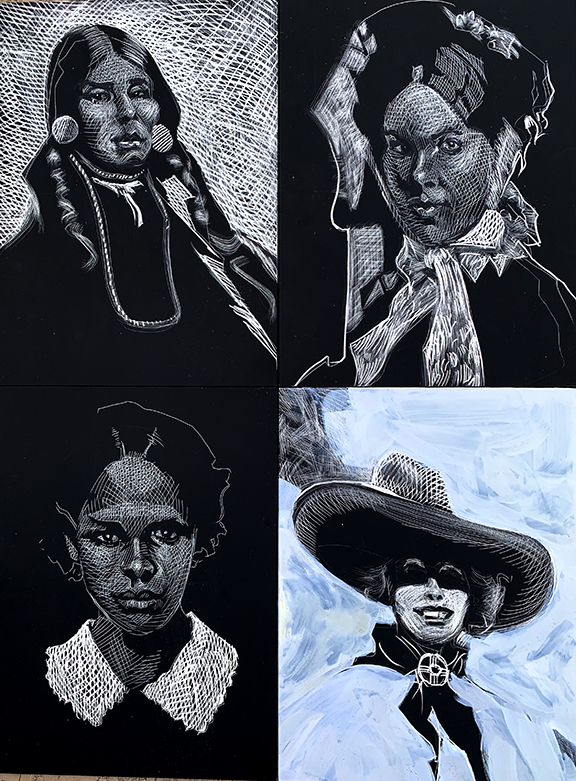 I'll have more to say about this and the drawings to prove it. Tomorrow.

"Between what is said and not meant, and what is meant and not said, most of love is lost."