Just ran across this historic photo and it took me back. 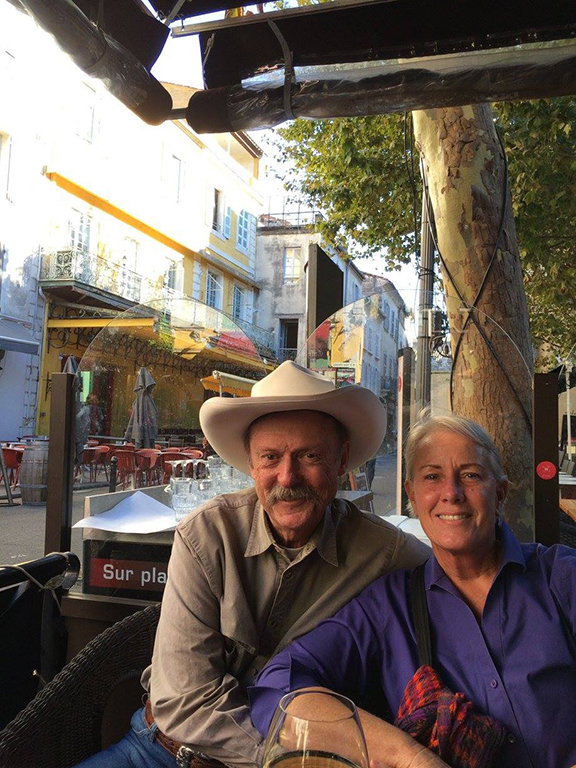 See that yellow-awning-space over my right shoulder? That is the actual spot where this scene was painted. 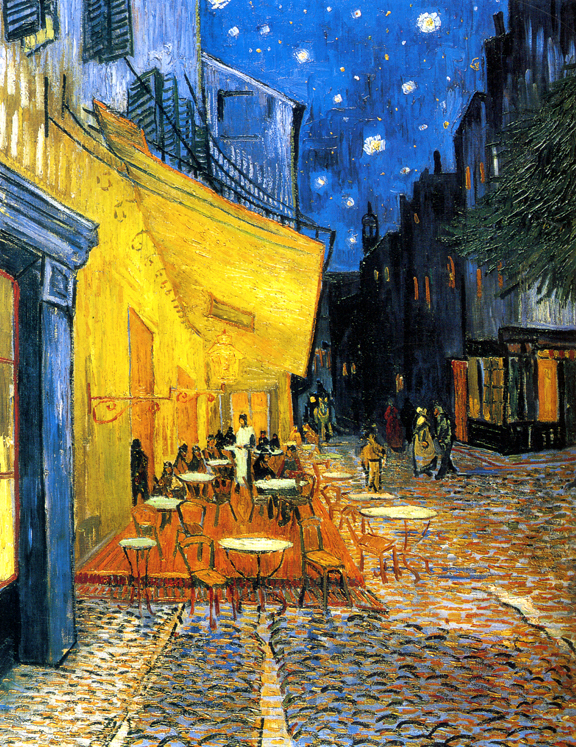 "The Terrace Cafe, Arles at Night"

I seriously doubt the original cafe was painted yellow (in the painting it seems to be more a function of Vincent's attempt to paint the effects of a gas-lit canopy at night), but the cafe is solid yellow today to retrofit it to the painting!

And, here is my take on the lad after the ear incident, which also took place in Arles, from my September 2015 sketchbook. 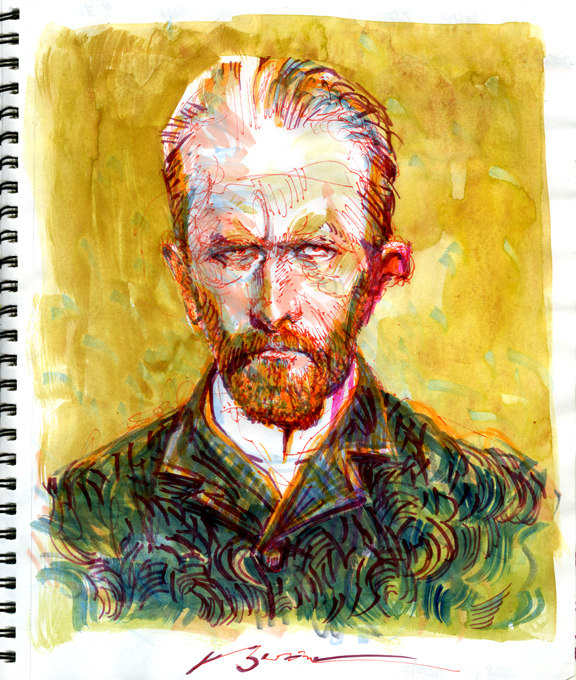 More notes from that sketchbook.
Vincent by The Numbers
• His career lasted a mere 10 years. He died at age 37. 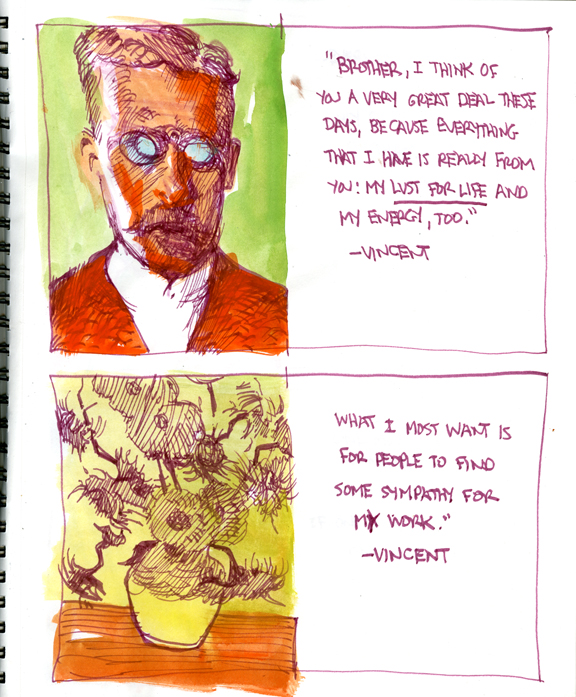 This letter excerpt, above, is the basis
for the movie, "Lust For Life."
• His brother Theo saved 850 paintings, 1,300 drawings and 800 letters
• He only sold one painting during his lifetime for 400 francs 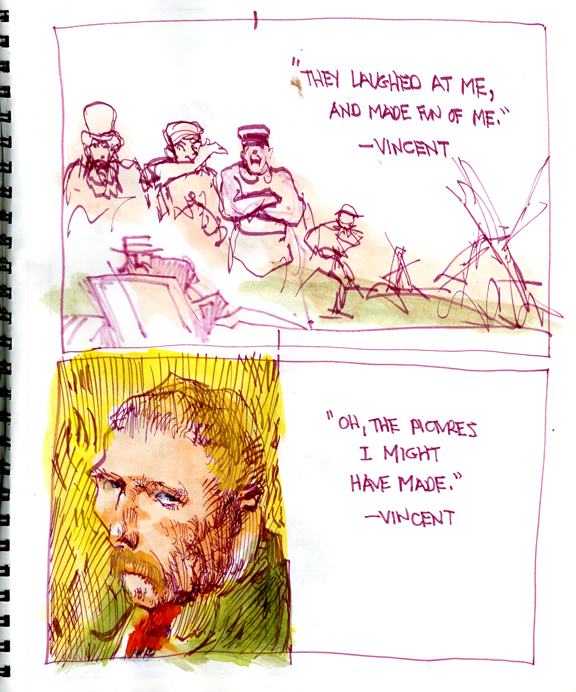 • He lived in 23 places, including 3 places in England, 10 places in Holland, 6 places in Belgium and 4 in France.
Thanks to Kathy, who booked the entire trip, we went to all four places in France, including the asylum near San Remy. This is at the front gate. 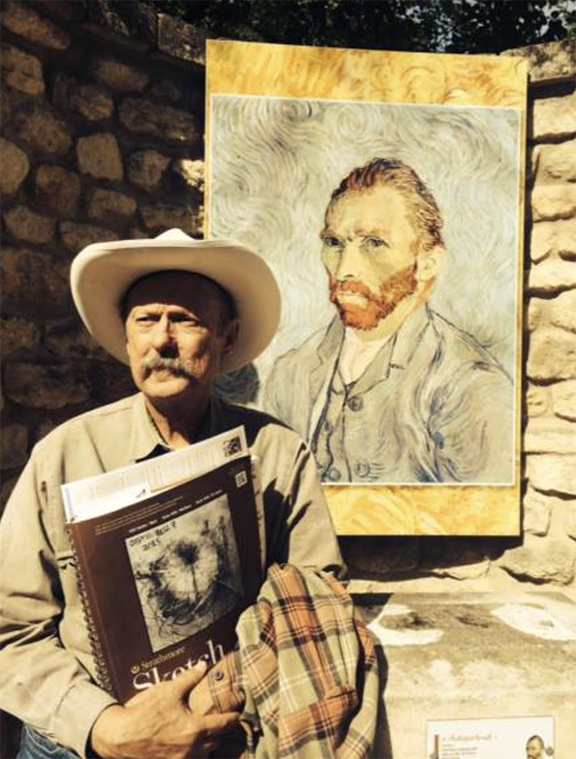 Tall, Dark and van Gogh Handsome
(and all the drawings are from this sketchbook)
And, the saddest and most haunting testament of all deserves to be repeated.
"Oh, the pictures I might have made."
—Vincent van Gogh
Posted by Bob Boze Bell at 12:32 PM