Last night Bryan Black Dropboxed me 40 shots from our Sunday photo session. This is my favorite. 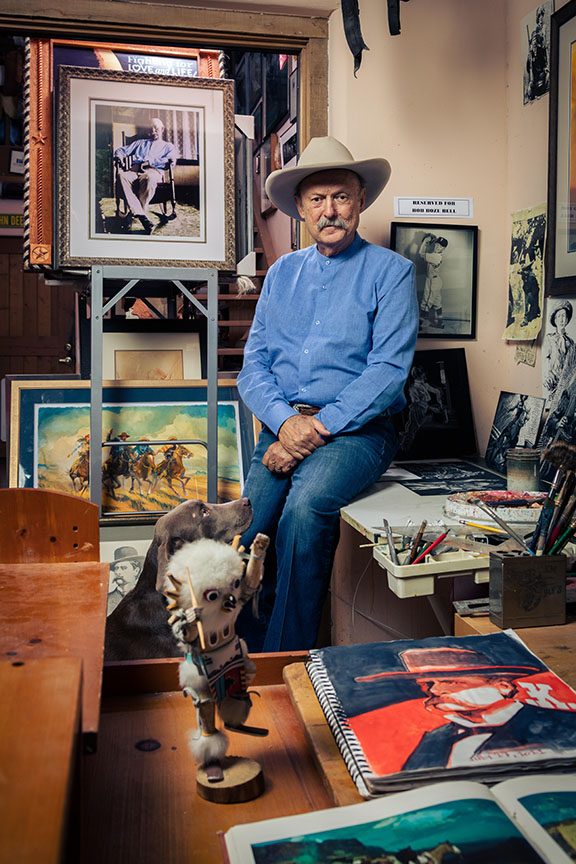 I meant for this portrait to be ironic, since I have been chasing a certain guy in the background of this photo for my entire life and now, here I am, where he was in the 1920s. Hint: we're the same age, 74. Anyway, Bryan nailed it and, yes, that is Uno peeking over my knee. One subtle, and sweet reference, is the Little League photo over my left shoulder. That was taken in 1958 when I first became aware of the guy in the framed photo. Also, there are a couple random, hidden references to the dude in the photo sprinkled around me. Can you find them?

Willing The Future Into Being?

Sometimes I worry that my actions, or intentions, can portend the future. Or, even worse, create it. For example, I faked like I was having a heart attack at my 40th high school reunion (we took a group photo in front of the train at Metcalf Railroad Park in Kingman and as the cameraman fiddled with his rig I feigned a heart attack because he was taking so long). It got a laugh, which is why I did it, but two years later I had a real heart attack, three blocks from there, while playing "Wipeout" at a band reuinon. Troubling, to say the least. 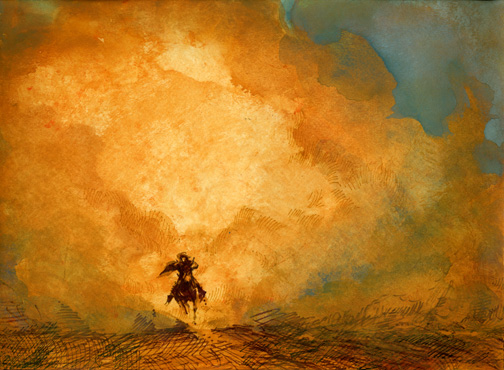 More scenes of an apocalyptic world where dust storms and fires rage out of control. These were created for the Mickey Free story The Top Secret Writer and I worked on two decades ago. Seemed ridiculous and absurd at the time. 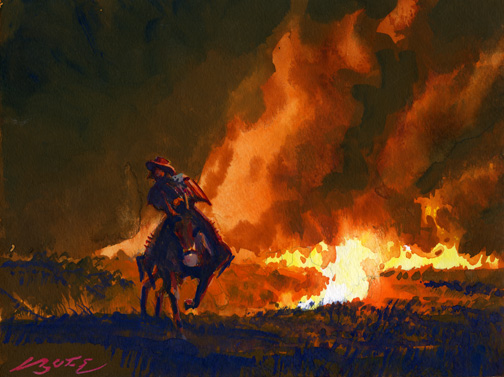 Mickey Free Opening Sequence:
"He Skirted The Fires As Best He Could" 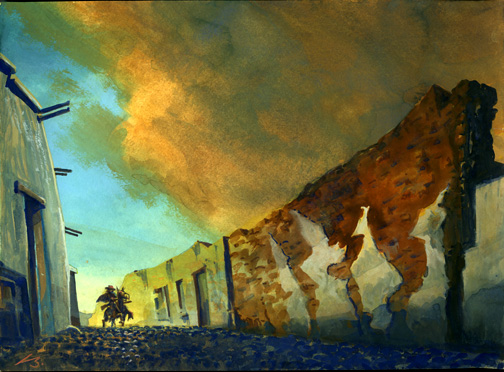 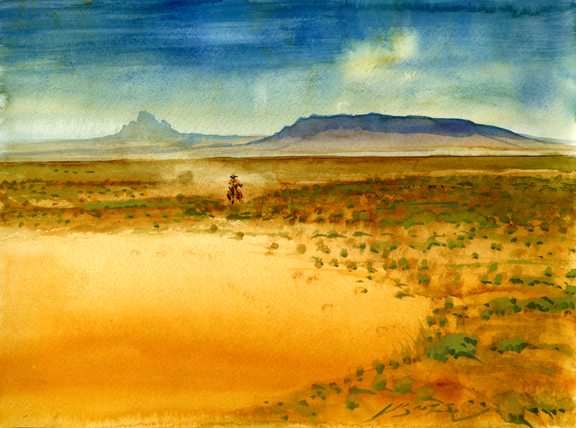 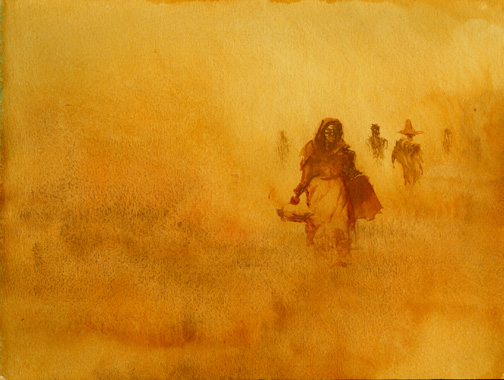 Mickey Free Opening Sequence:
"The Peons of Divisidero Struggled
Through The Choking Dust"
If we create visions of an apocalyptic world, does the universe take note? Or, is it just an inevitable cycle that we are witness to regardless of our intentions?

“I sat in the dark and thought: There’s no big apocalypse. Just an endless procession of little ones.”― Neil Gaiman