How to Lose Newsstand Sales

Got the new Atlantic yesterday and I thought the cover was pretty damn clever, not to mention, clean and mean. 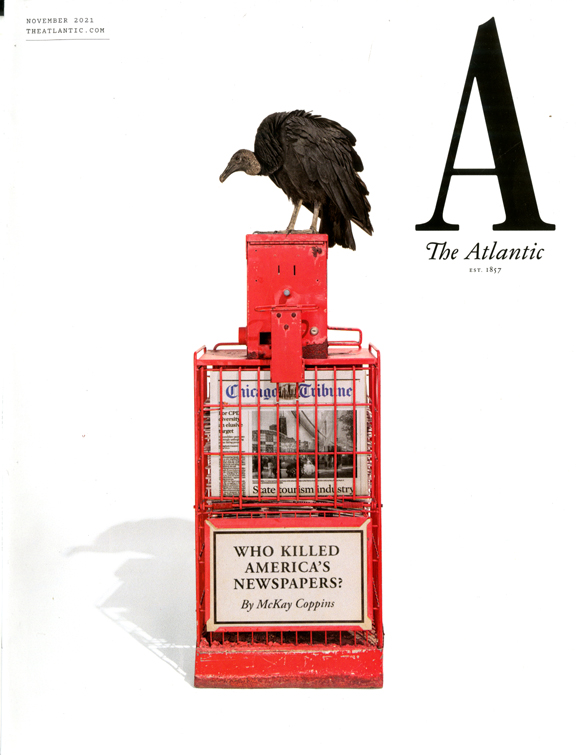 But then, I got their online newsletter with a behind-the-scenes-look at how they tracked down the "perfect vulture" and, to illustrate their search, they showed this rejected photo: 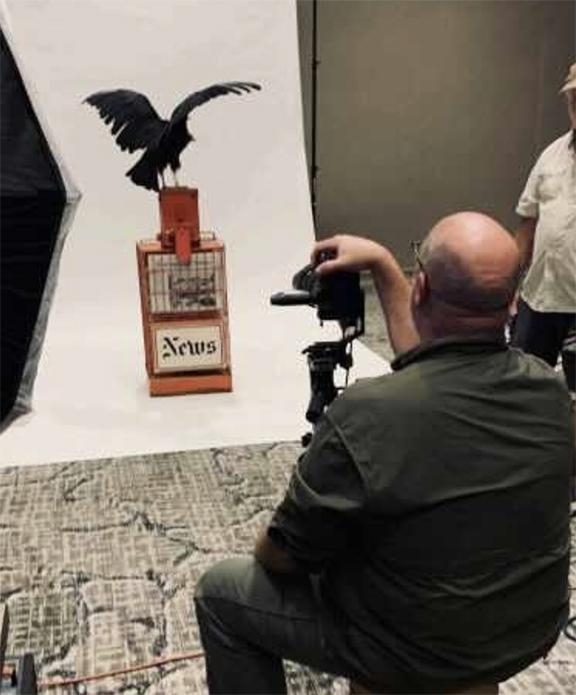 A rejected photo for the vulture cover?

So, I had to send them this critique:

Loved the inside story on how you tracked down the right vulture, but dammit, you used the wrong image on the cover! The one with the spread wings that appears in this newsletter, above, is clearly the better cover image. Why the hell did you use the slumped over shot? I believe you will lose at least 12,000 newsstand sales because of it. Trust me, I know how to lose newsstand sales!

How to Lose Newsstand Sales

I have pulled the trigger on hundreds of magazine covers over the past 22 years and you'd think I would have a clue about what sells, and more importantly, what does NOT sell, but dammit, I keep learning new ways to sell less copies on the newsstand all the dang time. Here, for your viewing and gloating pleasure, are just a few of the turkeys I have signed off on. 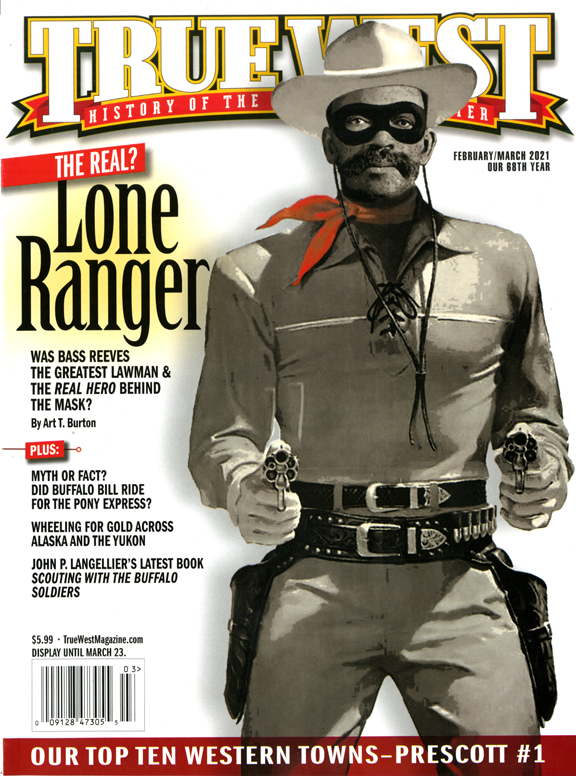 Our art director, Dan The Man Harshberger, did a great job of marrying a photo of Bass Reeves to the body of the Lone Ranger, but, Boy Howdy, did this cover tank. My hunch is Lone Ranger fans were offended and everyone else thought it was a comic book.

Meanwhile, someone on staff found an authentic photo of Sitting Bull wearing snow goggles. It was a mind blower and we thought it would kill on the newsstand, if anything, just by shock value. 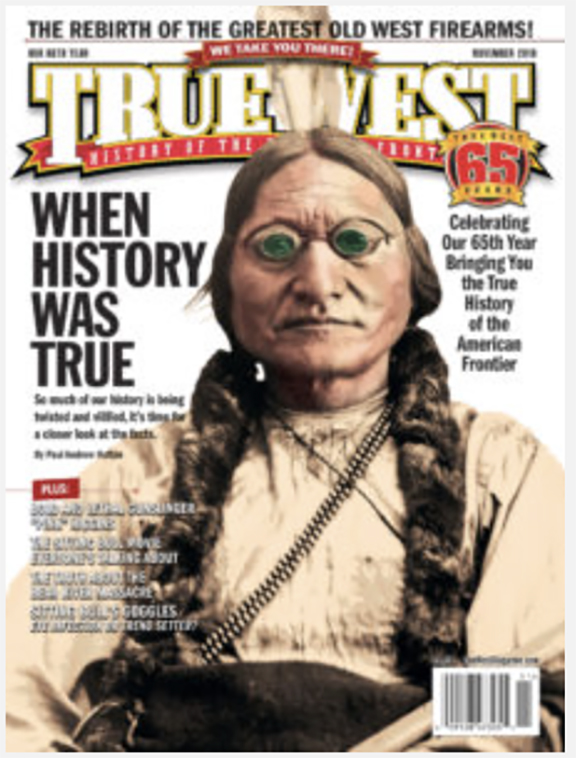 Well, if by kill, you mean died on the vine, this cover did just that. Apparently, most of our readers thought it was a joke cover and that we had Photoshopped the goggles on him. Just to rub salt in my wounds we later ran the same old photo of Sitting Bull, sans goggles, and it sold very well. The moral: sometimes you can be too cute for the room, or, when in doubt, go with the bland one that everyone knows.

Speaking of knucklehead moves, we fought over this next cover for several weeks and I finally made a decison to run it, with a bet of $100 because I was convinced it would sell like crazy. 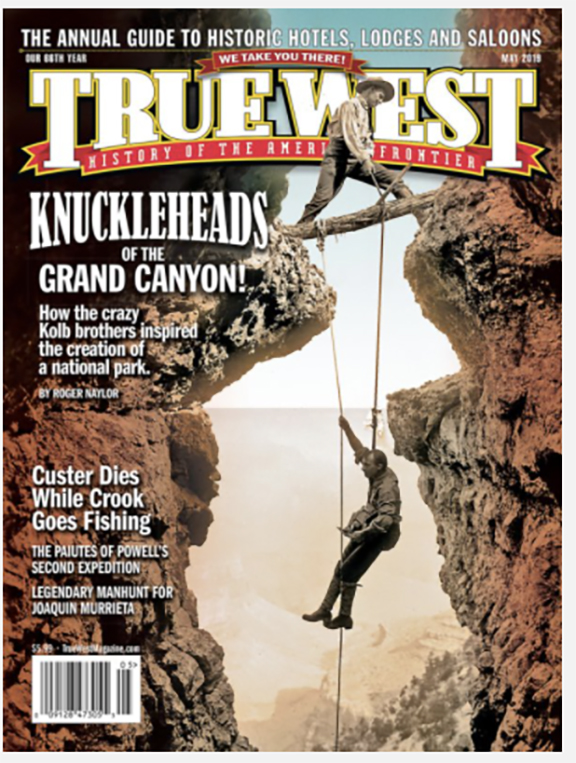 Turns out, I was the crazy one and the cover sold poorly with conventional wisdom being the figures on the cover were too small.

Perhaps the biggest shock to me is that in the history world, sex apparently doesn't sell. At least on the cover of True West. I thought this cover would do major box office, but it did not. 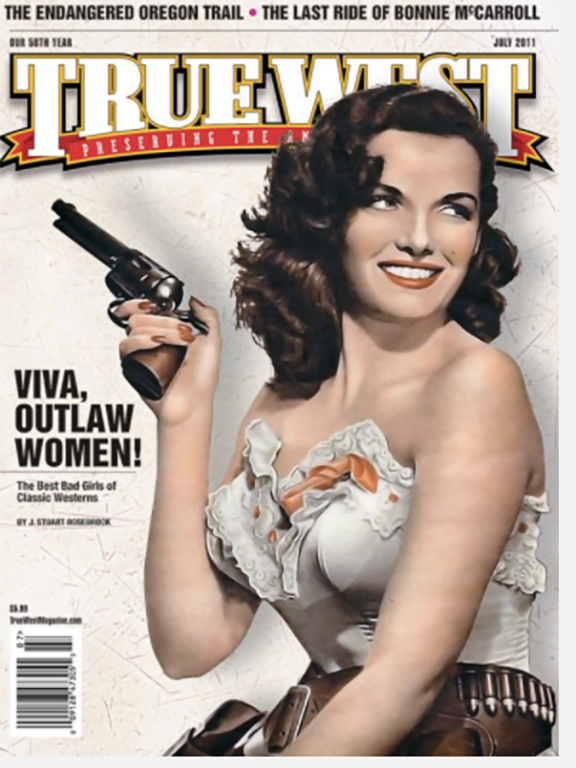 I couldn't figure out why and one day, a couple from Wyoming came in the store and, just looking at them, I knew they were ranch folk, so I pointed out the Jane Russell cover, above, and asked them why they thought it sold poorly. The cowboy didn't even take his hands out of his jeans, he merely pointed at the cover with his chin and smirked: "Might as well put a RED Light on it." Which I took to mean, she was too wanton, too loose and he wanted nothing to do with her? Still not sure that is legit, but there you go.

And, finally, here's one I am actually proud of but it didn't do well on the newsstand. 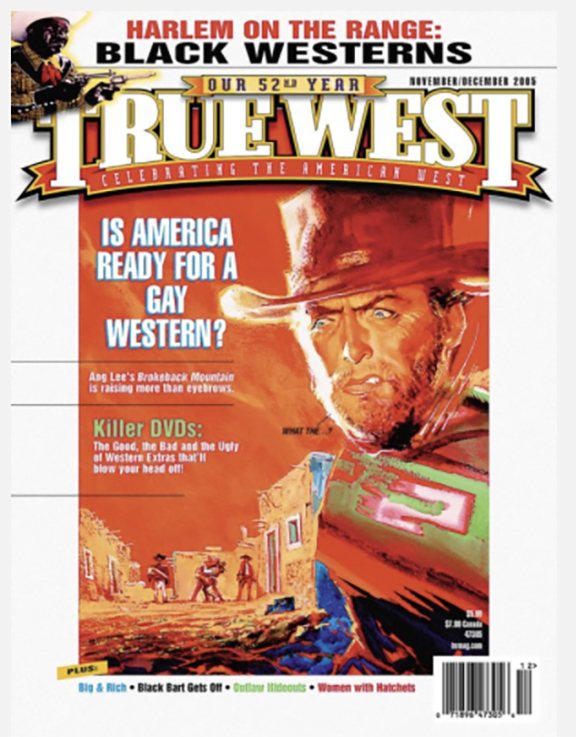 All told, I think you can rest assured I know a little bit about what sells and a whole lot of nothing about what will not. Still, I soldier on, knowing that in the end, I really don't know what I'm talking about, but I sure do love talking about it.

"You can't judge a book by the cover but you damn sure can sell magazines that way."

"Nobody knows anything. . .not one person in the entire motion picture field knows for a certainty what's going to work. Every time out it's a guess and, if you're lucky, an educated one."