On the road to a magical place. 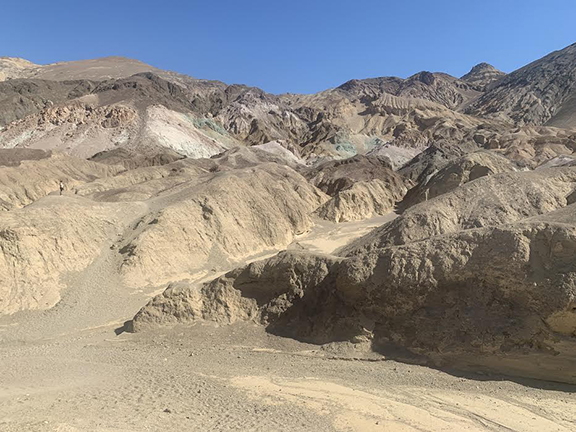 There is a show off dad in the picture, middle, left. See him? We're standing in the turn-out parking lot taking pictures and he had to run up to the nearest bluff to show off to his kids and wife. She took a picture of him. So did I.

We're staying just north of there in this old, stone bungalow. 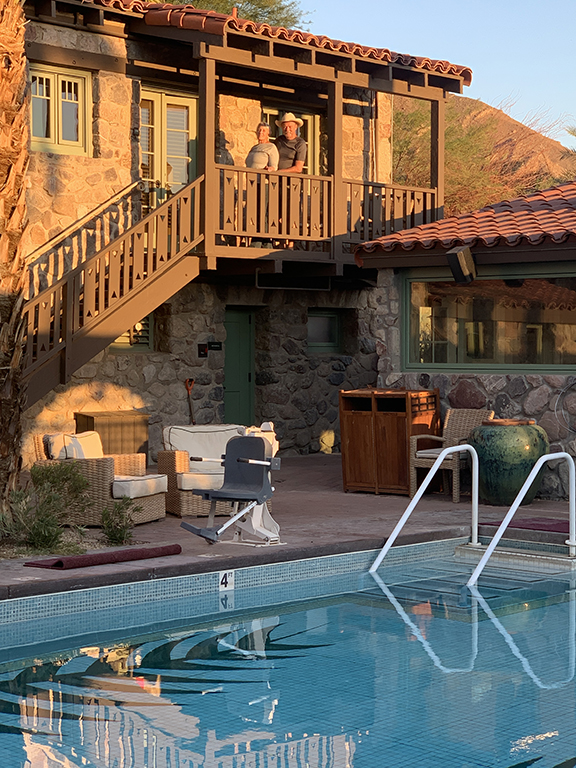 The Sweethearts of Bungalow #199

Built in 1929, this Oasis Inn pool is spring fed and is heated naturally at 87 degrees from hot springs. Here's a better shot of the entire stone bungalow. The Pool House at Oasis Inn

Lots of critters around the pool area. 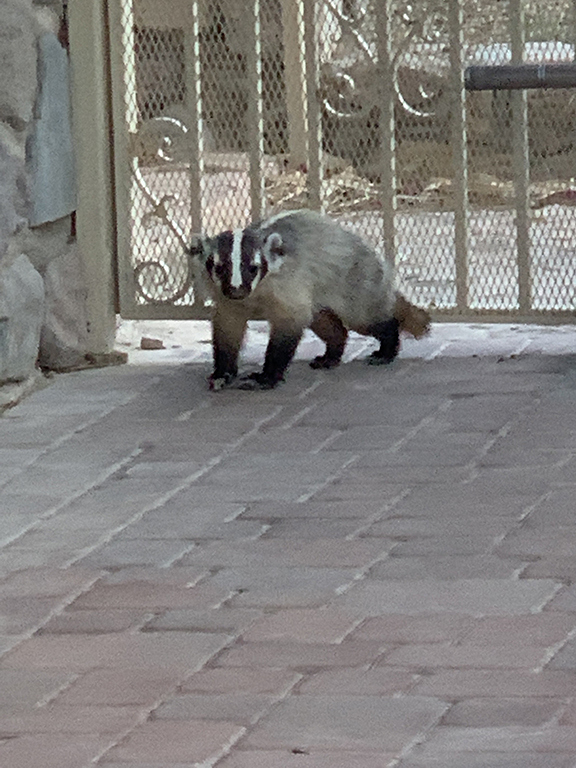 Death Valley landscape is so harsh and dramatic. Check out this strata-form-cross-current phenom which I love and have rarely seen in movies. 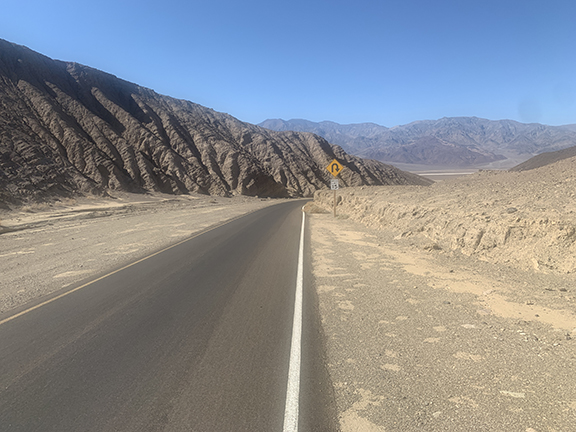 Seems like a natural backdrop for the Fast & Furious films, but almost on one has filmed here. The only exception I can think of is "Zabriski Point" in 1970. Has anyone else utlized this spectacular scenery, except for, maybe, "Death Valley Days"?

This is back on the Artist Ride which is a canyon byway south of Furnace Creek. 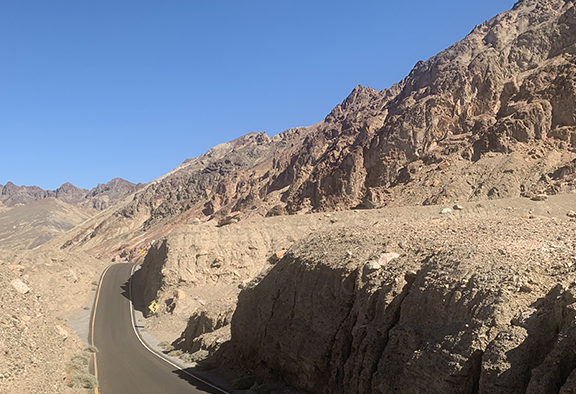 The S-Curve sign reminded me of an early ZZ Top album cover.

"There is no shortage of water in the desert but exactly the right amount, a perfect ratio of water to rock, water to sand. There is no lack of water here unless you try to establish a city where no city should be "