I have stood on that very spot many, many times, and it never gets old. In fact, the earliest I can remember being in the O.K. Corral and standing where they stood, is 1974, but my family came through Tombstone with me in 1950, so I have a long history of being there in that town and on that spot. I was there in 1981 at the centennial of the fight when Ben Traywick portrayed Wyatt Earp and I met so many people who changed my life: people like Bob McCubbin and Richard Ignarski and Howard Love, the owner of the corral, and Phil Spangenberger who put on a very funny parody of a gunfight. I remember they did the reenactment twice, the first one right at 2:30, and for the second reenactiment, I joined a group of TV cameramen on the roof of Fly's Boarding House and shot 8 mm video for art reference in a graphic novel I planned on producing. 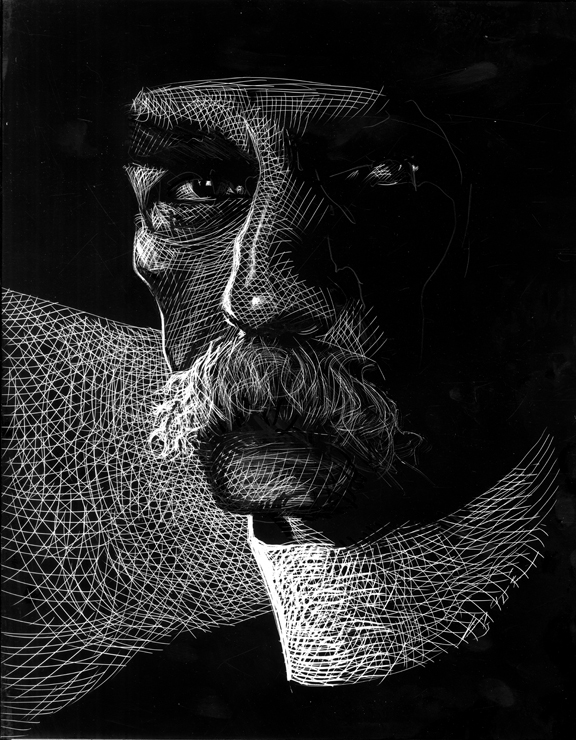 Yesterday afternoon at the O.K. Corral two other guys showed up who were there with me at the centennial in 1981. Here we are looking a little worse for wear, but still standing and still smiling. Here's a shot of Jim as Doc Holliday at the actual centennial, second from right. If you missed my talk here are are the main points:

• Takeaway Number 1: nothing changes more than the past.

• Takeaway Number 2: Friends matter and the friends I have made on this history journey are worth more than all the wealth in the world.

In the last 140 years what has changed? The short answer is: everything. We must know ten times more about Tombstone, the cowboys, all the Earps and Doc Holliday, thanks to scholars like Dr. Gary Roberts, Casey Tefertiller and John Boessenecker to name just a few. But, in spite of all the new finds, one thing remains clear.

"Wyatt Earp matters because of what he means, not for who he really was."