Break Out The Hipboots FREE Is Coming

This is for the graphic novel on Mickey Free which my brothers, the Hualapais, are obviously excited about. 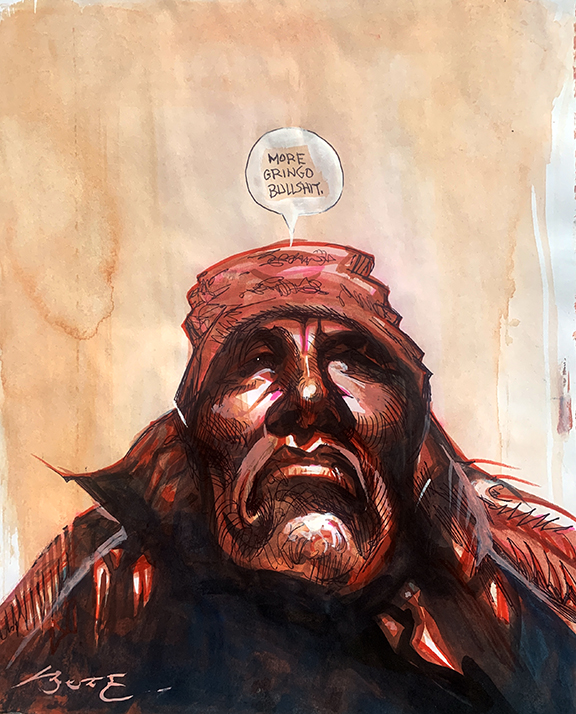 Some Hualapai medicine men claim the Anasazi had a legend about the arrival of a giant jack ridden by a scrawny misfit with one-glowing-eye. A drawing of it is on the walls of Bakchuk Canyon in northeast Mohave County. 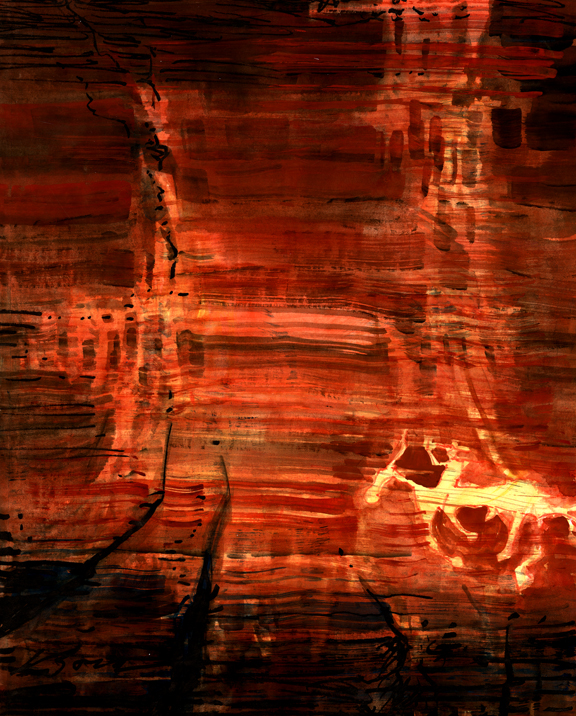 All of which brings up an interesting dilemma. I grew up with the spelling as Wallapai, then mysteriously, a couple decades ago, or so, the official usage changed to Hualapai, which is the Spanish spelling. Going the other way, at some point Mojave became Mohave. And, perhaps bizarrly, I prefer Mojave Desert and Mojave County (the j is so much sexier than the drab h), but I don't really like Hualapai and prefer Wallapai. It just seems so much more descriptive. Am I insane, or just some kind of a racist-hypocrite?

Back to the forthcoming story. Several eye witnesses, ahem, claim Mickey Free had a demonic, glowing eye and also a strange, twisted grin that conveyed a cruel laughter when given voice. 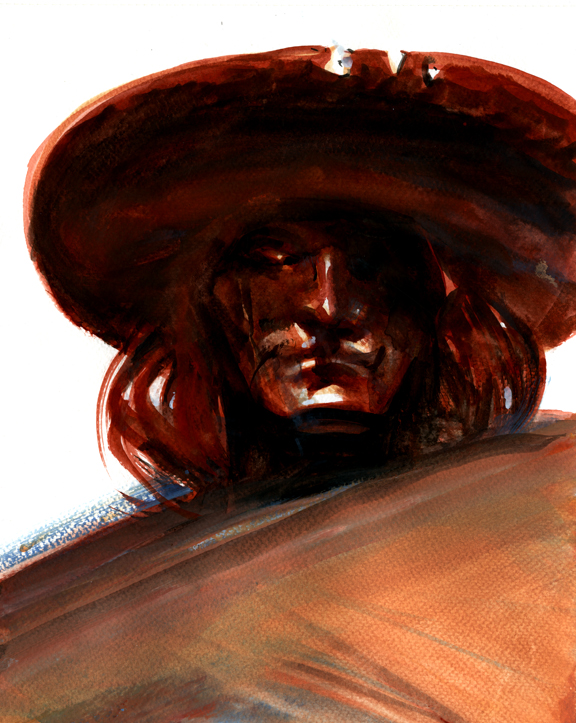 "A Jagged Frown Turned Upside Down"

Was he scowling or laughing? Or both. No one knew or could agree. Now, a word about those teeth marks on the brim of his hat. Accoridng to Jim Young, Mickey's mammoth jack took a bite out of it, just to irritate the boy.

Obviously, they were a match made in heaven.

Here's a proposed cover, by Dan the Man, for True West magazine that regretfully never ran. 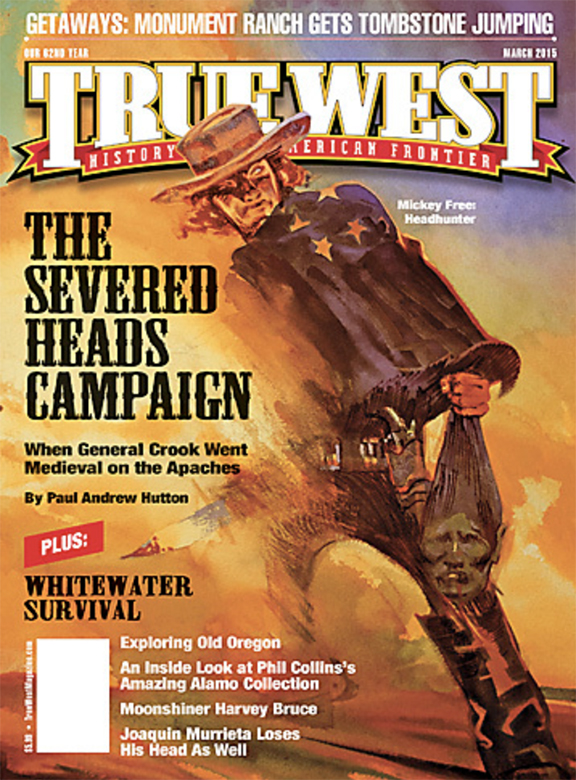 Good Advice From Someone Who Is Not A Dentist

“Nobody dabbles at dentistry. There are some jobs that are only done by accredited professionals.
And then there are most jobs, jobs that some people do for fun, now and then, perhaps in front of the bathroom mirror.
It’s difficult to find your footing when you’re a logo designer, a comedian or a project manager. Because these are gigs that many people think they can do, at least a little bit.
If you’re doing one of these non-dentist jobs, the best approach is to be extraordinarily good at it. So much better than an amateur that there’s really no room for discussion. You don’t have to justify yourself. Your work justifies you.
The alternative is to simply whine about the fact that everyone thinks that they can do what you do.
"The thing is, it might be true."
—Seth Godin
So this is it. I've whined and churned and burned on this long enough. Get ready for the Mickey Free graphic novel, coming whether I am ready, or not.
"Those of us who make images must always be very conscious about the powers of images—about how they function—especially in a society where we are not taught our own history."
—Yolanda Lopez
(1942-2021)
Posted by Bob Boze Bell at 11:36 AM