The Man Who Invented The Butch And Sundance We Love

I did a Facebook Live history talk last night and in the heat of the moment, I left out a couple of important details. If you missed it, here is the basic story and the missing tidbits. 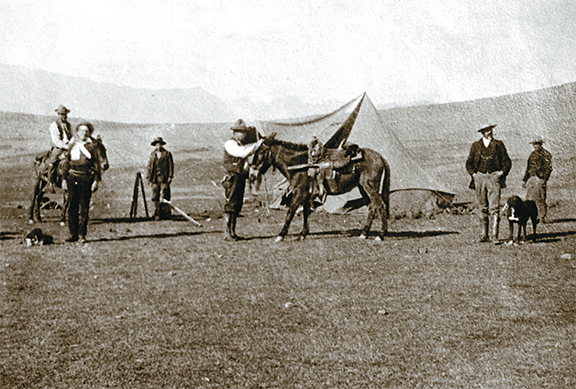 The last known photograph of Butch
(mounted on left) and Sundance
(attending to his mule, middle) 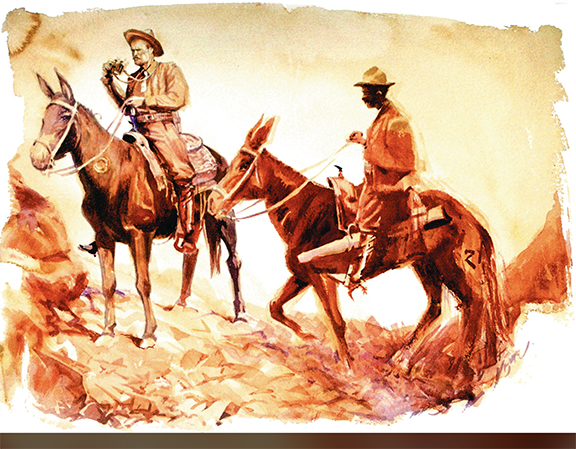 Note the Q-in-cirle brand on the neck of
Butch's stolen mule, at left

In the real ending, two heavily armed "Americanos on jaded mules" arrived in the high mountain village of San Vicente, Bolivia on the evening of November 6, 1908 and asked for an inn. A village official, Cleto Bellot, tells them there is no inn, but that Bonifacio Casaola can put them up and sell them fodder for their mules.  They ask about the road to Santa Catalina, an Argentine town just across the border and also about the road to Uyuni (The Santa Catalina question was probably a ruse to throw off pursuing posses and we now know the road to Uyuni was their real destination.) After the road conditions talk, the two Americanos ask for sardines and beer, which Casasola obtains for them.

After some small talk Bellot leaves and goes to the home of Manuel Barran, where a four-man posse from Uyuni just happens to be staying. They rode in that same afternoon, warning Bellot and the locals to be on the lookout for two Yankees with a stolen mule belonging to the Aramayo Mining Company. 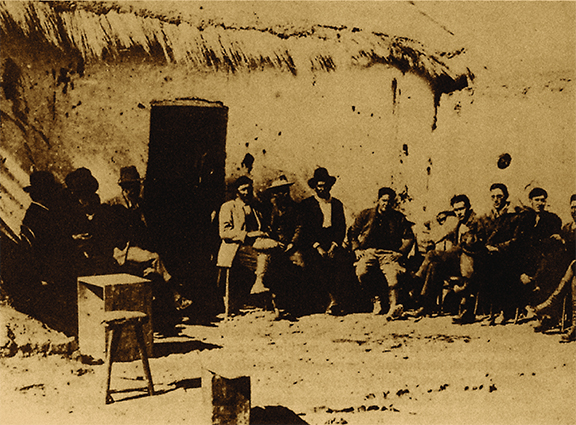 A photograph of the room the outlaws

rented, taken at a later date.

The Aramayo payroll had been robbed at Dead Cow Hill off to the south near Tupiza. The captain of the posse was not there when Bellot arrived but the other three posse members loaded their rifles and accompanied Bellot back to Casasola's home and entered the patio. 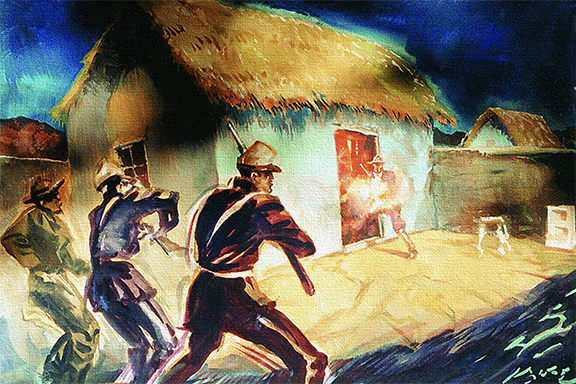 One of the Americanos (believed to be Sundance) appears in the doorway, draws a pistol and fires, hitting the lead posseman, Victor Torres, in the neck. Torres gets off a shot with his rifle, then runs back out into the street and collapses at a nearby house, dying within minutes.

The other two possemen take cover, then return fire, with several volleys piercing into the front door.

By the time the posse leader, Captain Concha, arrives, it's dark, and he orders Bellot to go find locals who can watch the roof and the back of the house so the bandits can't escape. As Bellot rushes to gather the locals, he hears "three screams of desperation" coming from the room.

Surrounding the small house, the posse and the locals wait but it is very quiet. Minutes turn into hours and the guards remain at their posts throughout the bitterly cold and windy night.

In the morning the possemen warily approach the door and peer inside. Both outlaws are dead. One of them is sprawled on the floor with a bullet wound in the arm and the temple. And the other bandit sits on a bench behind a large ceramic jar. He has a bullet wound in the forehead and is shot several times in the arm. It is surmised that Butch shot Sundance in the head and then turned the gun on himself.

So, that's most likely how it ended for Butch & Sundance. Of course, not everyone buys this version and more than a few believe Butch—and even Sundance—survived and came back from South America to the United States and lived to be old men. The strongest evidence they did not survive comes from one of their old Wild Bunch gang members, Matt Warner, who scribbled a note to historian Charles Kelly, in 1937: "Forget all the reports on Butch Cassidy, they are fake. There is no such man living as Butch Cassidy. His real name was Robert Parker, born and raised in Circle Valley, Utah and killed in South America, he and a man by the name of Longwow [sic] were killed in a soldier post there [sic] in a gun fight. This is straight."

After a flurry of news reports the two were forgotten, and except for a few regional Wild Bunch buffs like myself, and ten people who live in Wyoming, it was game over.

One person rescued them from anonymity.

He was a witty writer with a great sense of humor. His pseudonym when he wrote "No Way to Treat A Lady" in 1964, a comic thriller that was later to become a film, was Harry Longbaugh (The Sundance Kid's actual name). The writer's real name was William Goldman. 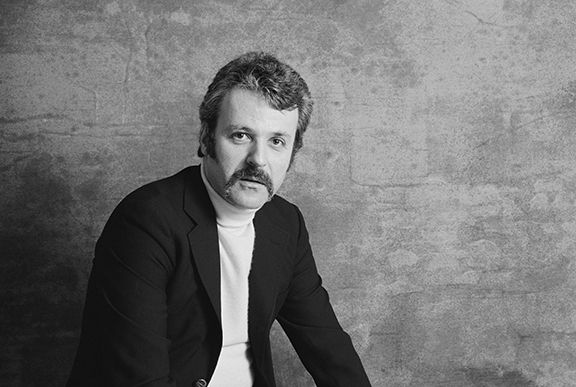 William Goldman who famously said
of Hollywood: "Nobody knows anything."

Goldman's screenplay for Butch Cassidy and the Sundance Kid sold for the then-record sum of $400,000 (some $3 million in today's dollars) and won Goldman an Oscar in 1970 for best original screenplay.

•"What happened to the old bank? It was beautiful.

"That's a small price to pay for beauty.” 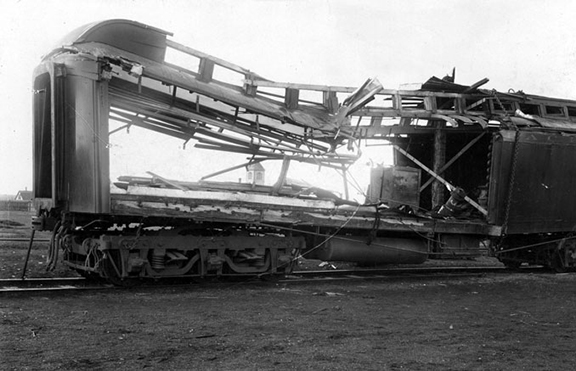 Although the Wilcox Train Robbery was

pulled off by members of the Wild Bunch,

Butch Cassidy probably did not

participate in the heist.

• "Kid, there's something I ought to tell you. I never shot anybody before."

• "Boy, I got vision, and the rest of the world wears bifocals."

In the end, facts lined up do not necessarily give us the truth about the outlaws. On the other hand, the ending of the film gives us a poetic and inspiring way to think about death (they went out shooting). 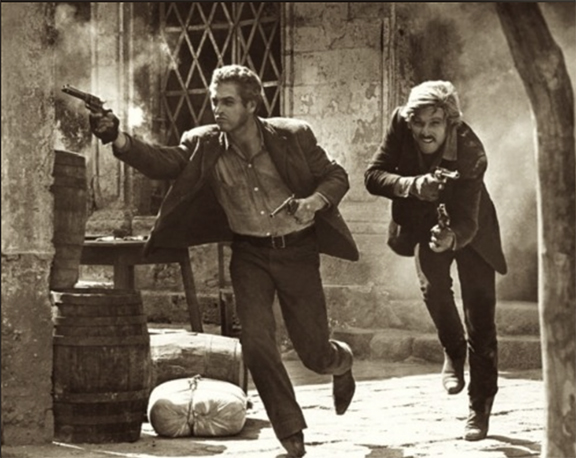 Butch & Sundance In The Movie

They went out shooting, at least to the freezeframe

Granted, the three Yuini soldiers became 300 in the movie, and, in the movie, the wounded outlaws had time to wax about a new start and get in a joke about LaFors, and then run out, straight in to a freeze frame, skipping the gorefest that Bonnie & Clyde portrayed in tortured slow-motion. Is it historically innacurate? Of course, but even in the exaggerations there are moments of poetry that connect all of us to a higher truth.

Thank you William Goldman for a creative and entertaining look at two criminals and their demise in a new way. Like you warned us:

"Not that it matters but most of this is true."